Jong Jo, you got some splaining to do.

Don’t give more reasons to Drumpf to talk shit. Plus, isn’t Russia the champion in unpaid tickets in NYC? I remember stories about this dating back to early 1990s.

North Korea isn’t the only regime to build up its parking debt. China is reported to have close to $398,736 in unpaid parking tickets…

I distrust North Korea as much as any other red blooded American. But the way NYPD hands out tickets is insane and good for NK for not paying them.

Given diplomatic immunity and all, our punitive options are limited. About the only thing I can think of is to force them to watch Jets games. 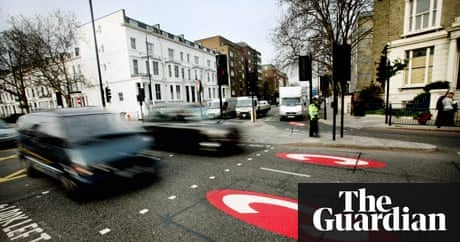 Obama's ambassador to London will not pay congestion charge backlog

Hopes that US would now cough up £3.5m in unpaid charges and fines dashed

That was eight years ago. Maybe they’ve paid up now.

No, Russia doesn’t have this problem. They’re allowed to park on the White House lawn.

Given diplomatic immunity and all, our punitive options are limited.

I was under the impression we didn’t even have diplomatic relations with North Korea. How can they have immunity?

You know, we don’t have [pause] official diplomatic relations [wink]. Really, if there were a problem [more winking] I don’t think we could help you with that, seeing that we have no dealings with one another [one more wink for good measure].

That’s one of Mrs. Ficus’ favorite scenes from TWW (that, and the Butterball phone call). I was totally gonna post that here but you beat me to it.

I remember these articles too, and how they marveled at North Korea edging out Russia in this competition. In one year, NK averaged 1.5 tickets per car per day, which is pretty good considering you need to keep moving to get extra tickets (or so said the NYTimes article from the '80s).

DPRK does have a permanent mission to the UN, located in NYC. One of a few possibilities.

A DPRK embassy would be in Washington DC, where the parking rules are presumably different.