The NSA makes me want’a puke.

…plaintiffs insist that Wikipedia’s over one trillion annual Internet communications is significant in volume… but size is always relative. For example, one trillion dollars are of enormous value, whereas one trillion grains of sand are but a small patch of beach.

Hm. So what should we compare Wikipedia to? Grains of sand? Stacks of benjamins? Oh, I know - how about the goddam internet?

This is a radical, yet, I feel somehow interesting angle. I wonder if perhaps said judge could have considered it?

Really, judge? No evidence that the NSA is surveilling Wikipedia? 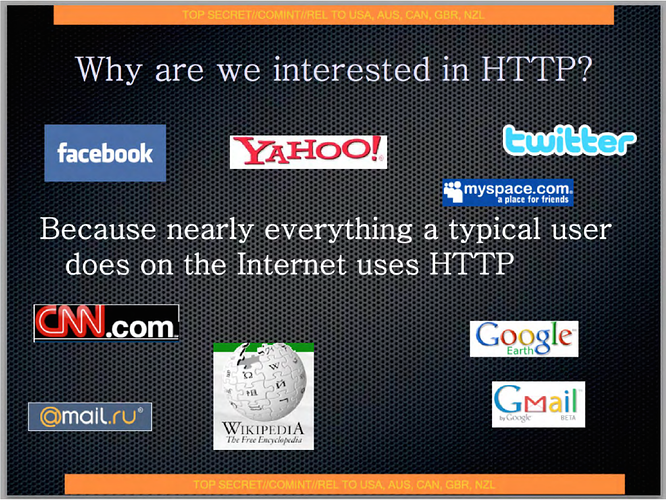 It’s top secret.The judge was not allowed to see the slide.

1 trillion, that’s a mere 143 queries each for every single human on the planet. Or 1 trillion queries from one dude. You don’t know. Either way like the judge says its like sand, and who cares about sand? Not the NSA that’s who. Now here’s a picture of chewbaca : 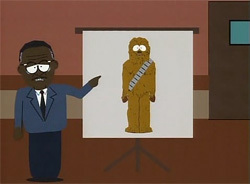 I ask you - what does a wookie have to do with the NSA? Exactly. Case dismissed.

At this point I’m pretty sure that my neck would miss the boot if the boot were ever taken away.

I mean, really, what has the boot ever really done to you?