Nothing better than a librarian who knows how to do I.T.

I’m genuinely curious to see how much political capital the GOP is willing to spend trying to block a librarian.

[quote=“doctorow, post:1, topic:74220”]The outgoing Librarian of Congress was a technophobe who refused all gadgets more advanced than a fax machine[/quote]See, now you’ve made me curious.

If nothing else, he seems to have done a good job of deflecting attention to his shortcomings. Or perhaps the Wikipedia article needs a more neutral POV.

Every three years, the Librarian reviews the Digital Millennium Copyright Act
(DMCA). In 2010, Billington’s decision to open new DCMA loopholes
resulted in his being described as "the most important person you never
heard of, having headed the library wince well before the Web was spun
or the DMCA was even a glint in the Recording Industry Association of America’s
eye . . . It was probably Billington’s unassailable reputation for
integrity and probity that won the LOC this power under the DMCA.

James Hadley Billington (born June 1, 1929), the Librarian of Congress Emeritus, is a leading American academic and author who taught history at Harvard and Princeton before serving for 42 years as CEO of four federal cultural institutions. He served as the 13th Librarian of Congress after being nominated by President Ronald Reagan in 1987, and his appointment was approved unanimously by the U.S. Senate. He retired as Librarian on September 30, 2015. Born in Bryn Mawr, Pennsylvania, Billington ... 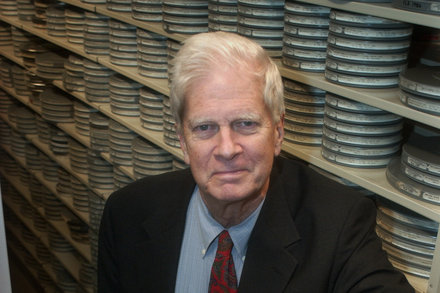 The move comes after the library’s leader, James H. Billington, presided over a series of management and technology failures documented by government watchdog agencies.

So as the nation’s Librarian, does she get to shush anyone she wants?

If nothing else, he seems to have done a good job of deflecting attention to his shortcomings. Or perhaps the Wikipedia article needs a more neutral POV.

He also increased philanthropy towards LOC by leaps and bounds, in part by forming a veritable Bohemian Grove that was as generous with its money as it was ungenerous with information about its inner workings. I appreciate that men in their 80s can take advantage of todays computer/network possibilities, but he’s been there forever–it’s time for some new blood.

I love most librarians, including this one.

You seem to operate under the impression that they will pay a political price for doing so. This seems unlikely, since thus far their acts of obstructionism have gone over quite well among their own constituents. And/or the only risk to their re-election would be from even more extreme challengers.

What does rip-snortin’ even mean?

Surely they will cite some sort of made up unwritten precedent that a President has not appointed a Librarian of Congress in his final year in the past 80 years because of reasons so we can’t possibly embark on this route down to madness.

In Iran, the religious establishment tries to prevent the government from doing anything which is progressive or against the interests of the Army’s military-industrial complex.

The US is extremely fortunate in being nothing at all like Iran.

Sounds like some of the librarians I’ve worked with who had “If I wanted to help people I wouldn’t have become a cataloger” as part of their email signature.

What does rip-snortin’ even mean?

My attention was drawn to the next phrase, which I think was supposed to be copyRIGHTfightin’.

Would be lovely, but GOP will never let her through.