Old folks born in the 19th century say hello from 1934

Given that there is still an active human trafficking and slave trade in the US to this day. Alex Tizon wrote about it in the Atlantic, and this still continues: https://www.theatlantic.com/magazine/archive/2017/06/lolas-story/524490/

Did they have to soil it with that horrendous watermark? I mean I’ll give credit when its due but holy crap 1990’s era mistake and who gives a care and whatnot.

At around the 1min 30 sec mark there’s a dead ringer for Granny Clampett.

It’s enchanting how unaccustomed everyone is to addressing a camera.

Given that there is still an active human trafficking and slave trade in the US to this day.

Absolutely, but I think it was implicit that I was talking about legal chattel slavery.

And the YouTube generation message for the future: “Hey guys, what’s up!”

If a man who was born into slavery in 1865 fathered a child when he was age 65 (not an uncommon event by any stretch) then that child wouldn’t even be 90 yet. So hardly a far-fetched scenario.

Granted, it’s considerably less likely (though not impossible) that anyone alive today had a mother who was born before abolition took effect.

A newsreel/short film produced in 1938 about a reunion of soldiers who’d fought in the series of battles at Gettysburg, and to unveil a new monument there:

Oh, so you’re saying men are needed to make children as well?

You, um, have a good point. I was rather one sided in my table-making. Me and my sexist tables.

Not real video, of course, but Nightline did a show in 1999 using the LOC’s recorded interviews with former slaves:

Back when I was a young’un, there were none of those fancy remotes for the TV…kids were the remotes. When our parents couldn’t agree on what to watch, we just about walked our legs down to nubs! Don’t get me started on the positions we got into for better antenna reception…and you whippersnappers think yoga is hard?

I think location and lifestyle had a big impact. Many relatives who participated in the Great Migration lived into their 80s, but the only one I know of who lived to be over 100 stayed in a rural area in NC all her life. You make me wonder if they had large gatherings aside from church or tribal-related functions because transportation in rural areas wasn’t (and still isn’t) easy. I tend to learn more about secular club membership for those who moved to cities.

All those no smiles…I guess they got it right! 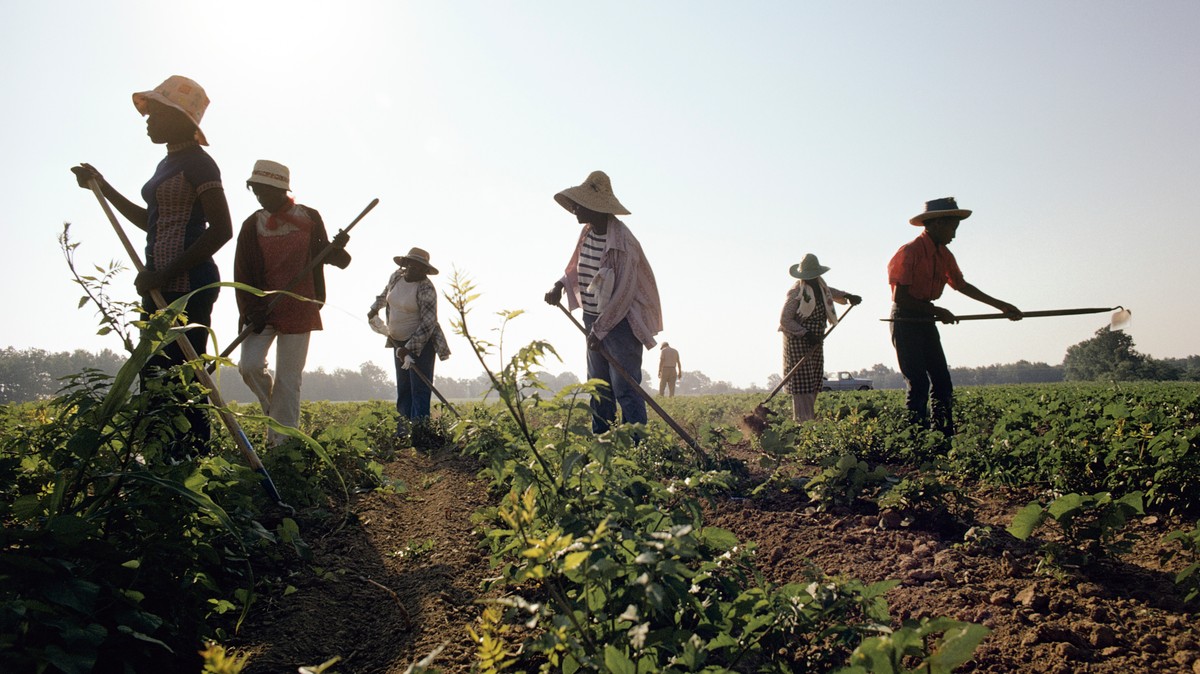 Blacks Were Enslaved Well into the 1960s

More than 100 years after the Emancipation Proclamation, there were black people in the Deep South who had no idea they were free. These people were forced to work, violently tortured, and raped.

You caught me! This is one of the few places that I get to play :).

Six months after that meeting, I was giving a lecture on genealogy and reparations in Amite, Louisiana, when I met Mae Louise Walls Miller. Mae walked in after the lecture was over, demanding to speak with me. She walked up, looked me in the eye, and stated, “I didn’t get my freedom until 1963.”

Mae’s father, Cain Wall, lost his land by signing a contract he couldn’t read that had sealed his entire family’s fate. As a young girl, Mae didn’t know that her family’s situation was different from anyone else’s. The family didn’t have TV, so Mae just assumed everyone lived the same way her brothers and sisters did. They were not permitted to leave the land and were subject to regular beatings from the land owners. When Mae got a bit older, she would be told to come up to work in the main house with her mother. Here she would be raped by whatever men were present. Most times she and her mother were raped simultaneously alongside each other.

Her father, Cain, couldn’t take the suffering anymore and tried to flee the property by himself in the middle of the night. His plan was to register for the army and get stationed far away. But he was picked up by some folks claiming they would help him. Instead, they took him right back to the farm, where he was brutally beaten in front of his family.

When Mae was about 14, she decided she would no longer go up to the house. Her family pleaded with her as the punishment would come down on all of them. Mae refused and sassed the farm owner’s wife when she told her to work. Worrying that Mae would be killed by the owners, Cain beat his own daughter bloody in hopes of saving her. That evening still covered in blood, Mae ran away through the woods. She was hiding in the bushes by the road when a family rode by with their mule cart. The lady on the cart saw the bush moving. She got off to find Mae crying, bloodied and terrified. That white family took her in and rescued the rest of the Wall’s later that night.

“Pale” of milk may be approproate when decribing rhe racial make-up of Iowa (even today), but I think you’ll find the container should be identified as a “pail” instead.