I can live it with

A comfort food from my childhood was Spam Casserole.

It’s terrifyingly salty to my adult palate, but I cannot deny I loved it as a kid.

SPAM is actually popular on a lot of Pacific islands (I guess first brought by US sailors, probably seen as a delicacy when first encountered), and I can honestly say it’s not bad in small doses (makes a good fried breakfast meat instead of bacon, certainly no worse than other meats I used to eat regularly for breakfast.)

That said, these kinds of weird new black markets have been going on since the late 90’s at least-- Enfamil is also put behind glass now, and I once witnessed a junkie stealing a cartload of Colgate toothpaste.

I loved mayo as a kid, can’t stand it now. Same with a lot of foods with ham or sausages. It’s just unpleasant for me to eat.

“The only market for Spam left in the United States”? Nonsense! There’s some right here in my kitchen cabi…

Interesting thought. NK might be developing nukes and rocket to destroy SK’s source of SPAM, the USA, out of pure jealousy.

In South Korea, Spam Is the Stuff Gifts Are Made Of

With the Korean War, the gelatinous meat began an unlikely journey to South Korea, where it is now so much a part of culinary life that many people have no idea of its origins.

Maybe we could end the whole animosity thing with a few shipments of canned meat.

Hawaii, the only market left for SPAM in the United States

But the wife is on a low salt diet, so I have to pass the Spam pallets at Costco in silence.

I can’t read that title without using Mike Skinner’s (from The Streets) voice.

Hey BB, could we not so much with continuing to ignore US territories like PR and CNMI? This is especially bad on a SPAM article when Guam has the highest consumption of SPAM in the world per capita. http://newsfeed.time.com/2012/07/10/spam-turns-75-10-things-you-didnt-know-about-the-canned-meat/slide/guam-is-the-largest-consumer-of-spam/

“Hawaii, the only market left for SPAM in the United States.”

Spam isn’t that bad. It’s that good either, but it can be tasty. It’s my understanding that the Pacific Island territories are experiencing obesity epidemics (such as in Guam and American Samoa) due to overconsumption of Spam.

It probably works a lot like other diverted goods black markets, they pretend to be a roughly legitimate distributor and sell to shops. Locally a lot of the meat thieves are less subtle and go door to door with a pick up truck with a fridge in the bed selling stolen steaks.

Folks who survived the meat rationing of World War II may gripe about SPAM all they like. Clearly, free range animal products are of better quality. That is what you’re eating instead, right?

Folks who canonize bacon, but cringe at SPAM, are just plain hypocrites.

Criticizing the eating habits of “foreign” cultures is not particularly enlightened. For Example: You should see the awful crap that people eat in mainland America. That crap will kill you. I hear that there’s an obesity epidemic, but nobody cares because of racial epithet with class snobbery.

Homemade SPAM Musubi is a delicacy.

Fatty-salty meats are good with flat unseasoned starches which are the central staple.
In Tonga they eat canned lamb with taro.

Spam musubi is truly delicious stuff. Crisp-fried, glazed with teriyaki, on a bed of sushi rice. It was my favorite snack food in Hawaii and they sell it everywhere.

Spam gets a bad rap in the mainland US, and it’s certainly no better for you than bacon or a hamburger, but it can be really tasty. I especially like the Hickory Smoked and Teriyaki varieties. Chorizo Spam is worthwhile, too.

ps. If you’re ever near Minneapolis, I recommend a stop at the Spam Museum. It’s way more interesting than you might expect and the people there both love Spam and have a good sense of humor about the stuff.

The hottest new trend in Hawaiian slimming is the Ultra Spam Fast Diet™:

ps. If you’re ever near Minneapolis, I recommend a stop at the Spam Museum. It’s way more interesting than you might expect and the people there both love Spam and have a good sense of humor about the stuff.

I love the spam museum, and the staff there get very excited when you sign the guest register and they see you’re from Hawaii.

A nation that eats hot dogs (and other regional processed meat, like scrapple) is in no position to poke fun at the culinary taste of Spam lovers like Anthony Bourdain.

Incidentally, the story here is that the thefts are because Spam makes a good underground currency (like cigarettes and bitcoin used to be) for things like drugs. I don’t buy that, Spam isn’t valuable enough. I think the shopkeepers are just trying to keep any sympathy for the thieves at bay, and that it is being used to feed people that are genuinely hungry.

Chorizo SPAM? That would be awesome added into Kimchee Fried Rice! It already has SPAM in it, along with other spicy sausages and topped with one or two over-easy fried eggs. It would work perfectly. Soooo ono!

And then there’s Spotted Dick. 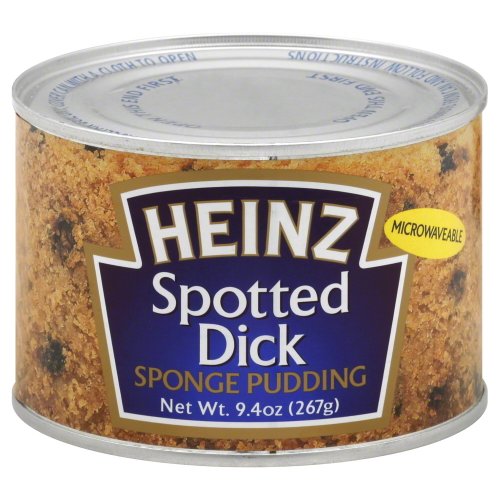