I read 6Q8CZ, that looks an ham radio callsign for Pakistan - but on qrz.com isn’t assigned.

Why the holy heck did it take a woman to win to make the decision “oh, I guess we’ll give out six prizes to make sure a man gets one”.

I think we all know why.

They should have crossed out the Fe in Female and given him the “First Place --male” trophy.

Okay, fine. Be thoughtful, reasonable, rational, and informed, and give it more than the two seconds’ thought I put into it.

That was her suggestion too:

“I felt bad that the first place man didn’t have one, so I tried to convince them to blot out the ‘fe’ on ‘female,’ but they said to just keep both trophies. It was pretty funny.”

A woman, Denise Mueller-Koronek, also has the record for fastest motorpaced speed on a bike.

Why is gender an issue at all? The person who runs fastest gets first prize.

Nearly every race you care to look up will have a men’s and women’s category (as well as ones for age groups, pro vs ameture, etc). This one is weird in that they had a default, non-gendered first place and a separate Female award.

I’m reminded of Gertrude Ederle, the first woman to swim across the English Channel, who smashed the previous (man’s) record by over two hours. 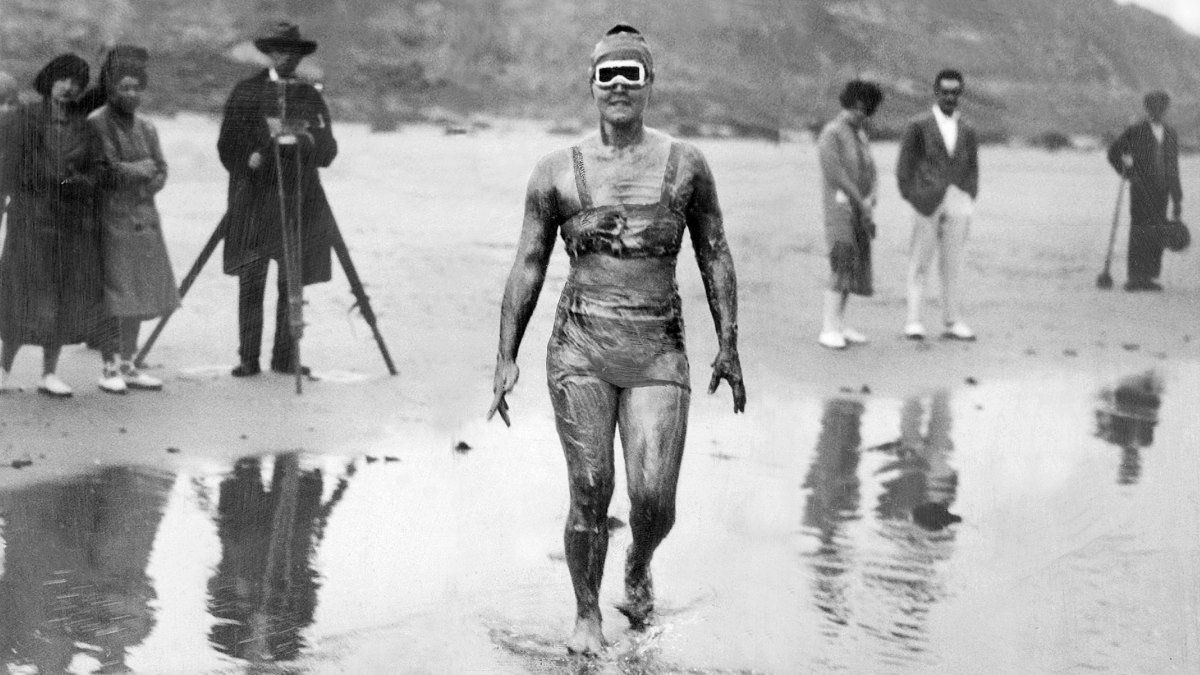 American Gertrude Ederle slathered herself in grease, wore a controversial two-piece bathing suit and ate chicken legs along the way.

No, no, no. It’s myths like this that lead to our pain not being taken seriously. We don’t have a higher pain tolerance, we’ve just learned that no one gives a fuck if we’re suffering.

John Oliver touched on this Sunday -

This wasn’t a REALLY ultra-distance ultra, though. “Only” 50km and about 4 hours. A little less-than twice as long as a regular marathon in terms of time. Women really start to come into contention for outright wins in events even longer than this. I kind-of get that the organizers considered the outcome unlikely. Women have won outright several long-distance, multi-day bike races in the past few years. It’s great to see.

“Dominate” is likely too strong. Women become competitive against me in very long events, and often win, but I don’t think you could characterize it as dominance.

Okay, fine. Be thoughtful, reasonable, rational, and informed, and give it more than the two seconds’ thought I put into it.

Why you little… DON’T YOU TELL ME WHAT TO DO!

You would figure that’s how it would work already, but perhaps this makes too much sense.

But what about when all 6 of the top finishers are women? Think of all the testosterony tears!

“Dominate” is likely too strong

Perhaps I was misunderstanding what I had read a few years ago, something about women having a better tolerance for pain, and/or a better metabolism for converting fat to energy at that level that gave them an edge, but sure, that doesn’t necessarily mean dominance.

“I felt bad that the first place man didn’t have one, so I tried to convince them to blot out the ‘fe’ on ‘female,’ but they said to just keep both trophies. It was pretty funny.”

Yes. Yes, it is. (And they really should have crossed out the “fe” and given it to him.)

It’s myths like this that lead to our pain not being taken seriously.

There’s apparently also a myth that black people have higher pain threshold (and lower lung capacity, etc.), with similar outcomes, and for similar reasons. This shit apparently even gets taught in medical school and literally built into medical instruments. I can’t believe how fucked up medicine continues to be.

Perhaps I was misunderstanding what I had read a few years ago, something about women having a better tolerance for pain

You probably didn’t misunderstand it - a lot of medical misinformation, long after being debunked, continues to be presented as fact.

Reminds me of (I think) Robert MacNamara who said that Asians and Vietnamese didn’t have our same emotions regarding family.

Going in to the WW2, the Royal Air Force laboured under the misapprehension that, due to a congenital ear deformation, Japanese could not dogfight… Despite having Japanese pilots as exchange pupils in the UK, learning how to fly planes and dogfight?! Racism. It can really fuck you up.

In other news, dogs can’t look up. Big Al told me.

I remember a Mythbusters about this (not quite the height of scientific credibility but…). With the 20 or so people they tested, they found a big variance between individuals, but no average differences between men and women. Except, women who had given birth with no pain medication had among the highest pain thresholds. Which makes an intuitive sort of sense even if it might not actually be true.

I’ll go you one better. Why are there prizes? The people who run, run. Let’s nobody keep score or pay attention to who finishes in what place.

In the cycling world, that’s how randonneuring works. There will be a set course with several checkpoints (one of them unannounced), and the goal is to ride the distance (usually 200+ km) before a deadline. You can certainly make a race out of it if you wish to, but that’s between individual riders, not the purpose of the event.