I’m kinda surprised at the game list. Most of these toys will have 2-3 good titles and the rest is horrible filler. They appear to be modified but faithful cabinet roms.

Anyone know if this is using an emulator? Is this what happens when MAME goes open source?

To give guests the real arcade experience, liberally apply a coat of Tab, and half-assedly wipe it clean. If available, spill some popcorn on the floor or try to grow a mustache and, failing, wander around the room jingling your change dispenser and getting really, really mad when someone tops your high score.

[quote=“anotherone, post:2, topic:86516”]Anyone know if this is using an emulator?[/quote]Almost certainly. The alternative would be using custom ICs made to work like the arcade board, and that would be unthinkably costly in comparison.

[quote]Is this what happens when MAME goes open source?[/quote]Although there was that new story a couple of months ago, most of the MAME components were open source long ago. Certainly, this is far from the first Pac-Man plug-and-play of its kind.

MAME is now free as well as free of charge

MAME is now free as well as free of charge

If you want it for under $19, you’re getting it from a seller with essentially no ratings. I’d pay the extra $11 or hold off for a while…

Also, superglue a row of quarters above your TV and tell guests they have to wait their turn to play.

does anyone still have a TV with composite input? it’s a little ironic that a nostalgic re-pro is itself outdated.

I’ve seen one of those sitting behind the counter at a store near me since December but they haven’t dropped the price down on it.

Sometime back we acquired from a garage sale the Namco Plug-N-Play by Jakk’s Pacific (wow Amazon says $159 now…) It has some of those games, including Ms Pacman, Galaga, Pole Position, Mappy and Xevious. Although growing up in the 80s I wasn’t familiar with the latter two games.

My 10 year is really good at Mappy. Last year his end of 4th grade party was 80s and he brought it and a TV for an activity.

The unit acts pretty crazy when the batteries are low.

We have a couple other plug-n-play units and sometimes the kids drag them out and play with them. I tend to keep my eyes out for them when we go to flea market, Jakk’s Pacific made a ton of them.

Another one we have is Dream Gear’s 200-in-1 and we also have a pocket version called 220-in-1 but they don’t have the same games. I’d like to somebody rip the roms on them for more filler games.

As another poster noted, those low prices are only posted by 16 sellers, all of whom “just launched” or have 0% feedback ratings. Most have suspiciously similar all-caps names. What’s the story behind that?

And of course you’ll have to make a few nice long cigarettes burns in it.

I have kept an old CRT TV at my home just for vintage consoles, so yes. It is however, one of the more modern ‘flat screen’ ones, circa 2004. I think it is 20" diagonal, to fit with the kind of TVs we used to play on.

I have one of these, and one of the last PS3s that can run PS2 games: 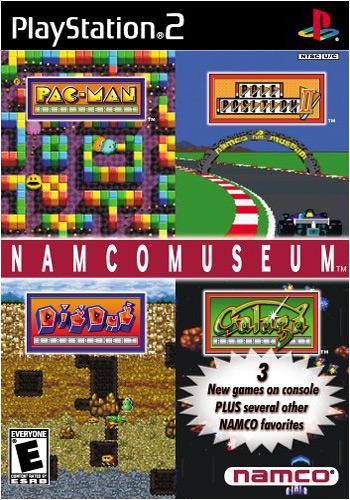 [edt] Has both Galaga and Galaxian

Had something similar for the Gameboy Color back when I thought as a child, spoke as a child, and understood as a child. Then became a man, and I set aside childish things, before realizing how incredibly childish that was.

Sometimes I’ll be waiting for the bus or in a doctor’s office and really wish I still had that Gameboy.

The basis of much fascist ideology.