Every Amtrak journey has delays to one degree or another due to freight traffic having priority. This was just longer than usual and handled poorly. As much as I’d like to take the train instead of planes, until this situation changes I’ll avoid it.

I find this confusing, because the last time I rode Amtrak in the 20-teens in Texas, we rode part of the way on a bus because of freight trains needing the track that day.

Ah, @gracchus . As long as we’re waiting, let me buy you a Jinx Coke from the dining car.

Who has priority depends on who has possession of the right of way. In the East on the commuter lines are owned by Amtrak and the Acela has right of way. The problem as I see it is lack of coordination between railroads and trains. The FAA does a fair job of organizing the skies, ( counter example of the shutdown of air flights this morning not withstanding). Passenger timing and consistency would make train travel much more appealing. The train trip between Detroit and Chicago makes much more sense than DTW to O’Hara or Midway but sabotage and delays make it more difficult.

I know it is a NP hard problem but I would expect an optimized traveling salesman type computer system would help, at least to determine where the pauses can be best placed.

I also would opine that preventative track maintenance would improve both consistency and comfort, but who cares how freight feels.

Exactly. At least there was an accident involved here. The Amtrak from California to Oregon is a mandatory six hour delay in the middle of nowhere do to the much higher prioritized freight traffic.

Passengers are nothing more than self-loading cargo. Best we all remember that when dealing with any profit-oriented transportation company.

I had a bit of the inverse experience to this on an Amtrak from Sebring Fl to DC many years back. We were greeted by a significant snow and, if memory serves, some trees down in NC. Nothing for the train to do but sit there and wait. I don’t remember how many hours late we were in the end but I do recall that we were parked for north of 8 hours.

\We took Amtrak SF to Portland on December 23 2022, and the 18-hour ride had that 6-hour delay for competing freight trains, and an additional 4 hours of storm-related delays. But you can walk around the train, buy snacks and drinks. There’s a scenic car to hang out in. Cars are well ventilated, seats are roomy, staff is friendly, and security is fast and efficient. We were high-fiving each other over our good decision in taking the train as we listened to news coverage of the thousands of cancelled flights.

There’s something to be said about even the most retro of train systems like in Moldova. Even crossing from Romania into Moldova with the wheel carriage changeover only takes about an hour or so, and it’s unusual to have any other sort of delays.

It’s been 15 years since I’ve been to Chisinau, but it looks like they’ve done some wonderful improvements to the train station. Bucharest still looks exactly the same, though. 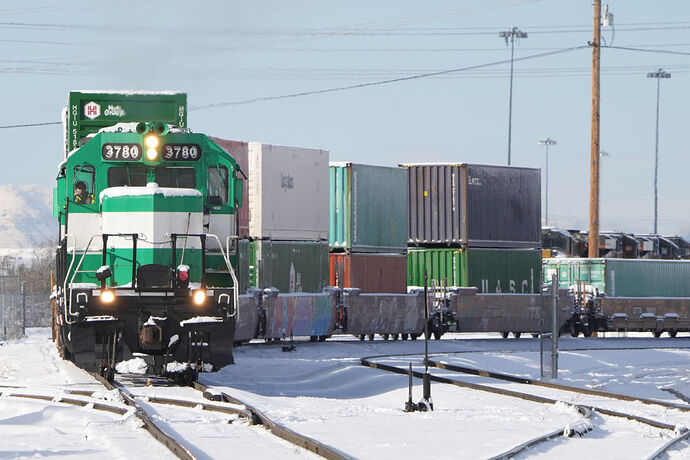 As we learned in the recent rail union contract negotiations, ruthless profit-seeking has made conditions for railworkers unbearable. It’s also made railroads less efficient. America badly needs a national rail service owned and operated for the...

We had a family friend in Wichita in the 70s who attended our church, and the dad was a railroad worker making good money for his family at the time. I’m glad he’s likely retired now and doesn’t have to be going through this shit.

Who has priority depends on who has possession of the right of way.

Everywhere except a very few places in the country, the answer is always the same- freight. It’s the primary reason Amtrak is awful- because they lease the rails from the freight companies and are given lowest priority in all situations. No fancy scheduling or rail allocation algorithms required to figure out who is gonna blow through and who is gonna sit in the siding for another two hours.

Agreed. That implies some sort of improvement possible. I know of no major reason that freight had a priority. Also scheduling for Commuter is routinely set in stone, minimal surprises. Like road ragers at rush hour, the freighters seem surprised that the routes are busy at set times.

Perhaps it was a daring heist that went wrong

Jean Pierre Melville’s worst impulses all combined into one film.

you can walk around the train, buy snacks and drinks. There’s a scenic car to hang out in. Cars are well ventilated, seats are roomy, staff is friendly, and security is fast and efficient. We were high-fiving each other over our good decision in taking the train as we listened to news coverage of the thousands of cancelled flights.

Yeah, during cross-country trips on Amtrak I’ve met people stuck on the train due to Red River flooding, wildfires, and flight cancellations (was on one line that backed up to pick up passengers at an airport station). Good times. For folks into slow travel, the unexpected stops and encounters are just part of the experience.

I’ve had multiple plane delays that have resulted in my spending the night in n airport. I’ve never had anything approaching this exceptionally awful story happen during my many Amtrak trips. I’d still go for train over plane whenever possible.

I know of no major reason that freight had a priority.

Corporate lobbying and political will, pretty much. Nobody in power in America wants passenger rail, so it’s easy for the companies who own the rails to throw their weight around and always get what they want.

Nobody in power in America wants passenger rail,

Well now, I wouldn’t say that: 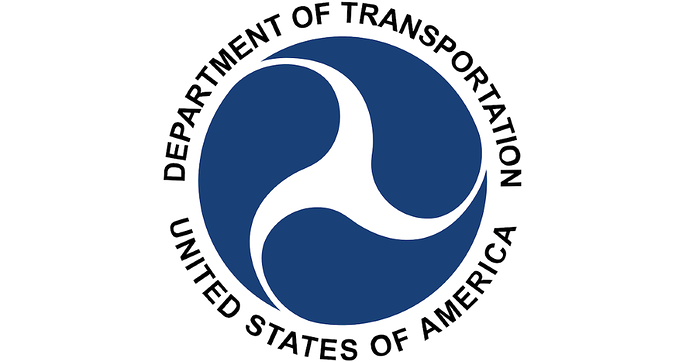 Who We Are - Northeast Maglev

The Northeast Maglev is a 100% US-owned company, headquartered in Maryland, and committed to promoting the SCMAGLEV in the Northeast Corridor.