Dimmers are voltage-controlled, and LEDs are picky about the voltage range they’ll operate under.

I hope someday someone will put together a dimmer out of a variable frequency drive, as LED bulbs and other DC powered things become more commonly used on AC circuits.

With regards to strobing, the problem is probably your dimmer - older dimmers that were made for incandescents are not designed to handle LED bulbs. Switch it out for a new dimmer (it will say LED/CFL compatible on the package) and I’m guessing that will solve your problem.

Normal dimmers, the triac-based ones, are phase-controlled. The triac fires at a given time offset from the zero cross, and conducts for the rest of the half-wave. The surface under the voltage curve then represents the energy delivered. Which in case of lightbulbs and other resistive loads nicely transforms to the energy dissipated on the load. This determines the filament temperature and therefore amount of light emitted. The thermal inertia of the filament evens out (somewhat) the flicker.

With LEDs, there is a DC-DC converter inside the assembly, a current source. Regulating the brightness is done via regulation of current through the diode string. There are specialized chips used for that. Many are “dumb”, with no other function than feeding constant current to the output. Some are able to monitor the input for the dimmer signal (the dead periods where the input is zero) and adjust the output current accordingly. (I am not an expert on solid-state lighting, I just read a few datasheets.)

You can also put in a FET into the diode string and a PWM driver with some sort of a wireless control. My bet would go on a nRF24L01 or similar wireless interface chip and an ATmega8 or similar for the controller.

Oh dang, I just helped my sister get some LED dimmer bulbs from Costco because the filaments were buzzing when not at full power. Although now that I think about what @imarx said the dimmer switch could’ve been a new one since that place was renovated before she moved in. Anyways I can’t remember the brand but they worked wonderfully (now only if I could find some three-way ones).

Hi Mark,
You want the Cree bulbs sold at Home Depot. I’ve tried the highest reviewed bulbs, and those rock.
They look like regular bulbs, and come in a range of wattages, soft, and daylight.
I also like the funny looking yellow Philips bulbs, for their CRI, but they’re expensive.

The above posters who reccomend CREE bulbs are correct. Get them at Home Depot.

They diffuse the light quite well. Here’s an album of photos of my Philips bulb (same ones as in OP). Note that the contrast on my camera isn’t nearly as high as what you’ll see with your eyes. Also included in the album is a shot of one of my terrible “E27 8W Led 5050 Smd Pure White Corn Light Bulb Lamp” from amazon. 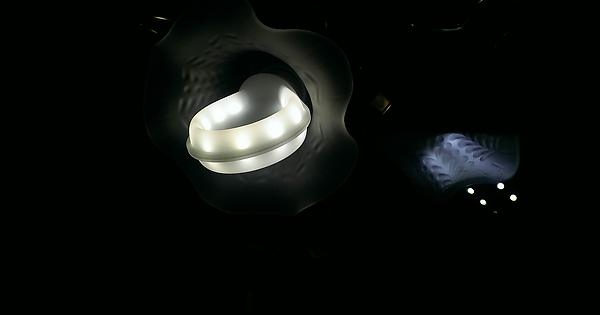 You’ll notice that because the bulb is so bright, the light diffuses enough that it appears to just be glowing rather than coming from point-sources (like in the last image). You can actually notice point sources if you quickly look at the bulb and then away from the bulb, but it’s rare to get it right and it doesn’t detract from it’s performance.

To be fair, don’t most LEDs strobe annoyingly?

Or at least, some car taillights drive me mad with how stroby they can seem.

We’ve switched to the Philips 11-watt A-Shape as old bulbs burned out. The illumination seems fine.

Still don’t like LED Christmas lights though. It hurts my eyes to look at them, especially the blue ones.

I have never used CFLs because I can see the 60 cycle flicker, and the spectrum gaps drive me nuts. LEDs are a heck of a lot better, but I still have issue with seeing the strobe affect when “dimming” (and by dimming, I mean cycling.) It’s not as bad as the fluorescent bulbs at 60 Hz, but some of those damn dimmed led taillights in cars make me feel like I’m about to get a migraine.

I’m not sure if there is an ideal dimming technology for LED / human interface at this point. Depends on your physiology I suppose.

When you aren’t driving it by line current, the standard way is PWM at a high frequency. To make it half-bright, you run the LED with a 1000Hz square wave with a 50% duty cycle. To make it 25% bight, use a 25% duty cycle. Full brightness would be a 100% duty cycle (or as close as the electronics will allow).

We also want to transition some of our CFL lamps to LED. One annoyance is that some of our lamp fixtures have GU24 bases, and GU24 LEDs are more expensive than their E26 counterparts. One can get cheap E26-GU24 adapters, but UL won’t list any (because they’re afraid people will stick a 100w conventional bulb in a 13W lamp).

How are you going to power your vintage LAVA LAMP in your mid-century modern home with that thing mister smarty pants.

Based on my own experience, converting recessed lighting throughout our house to LED, the dimmers make a huge difference. I used Lutron Maestro dimmers, and they’ve been fantastic. They have a multi-location (3 way), kit, but can also be used as a standalone. Just be sure to get the “main” unit, instead of the “companion” units if you’re only buying 1. Single switch is around $30, you can usually find a 2-pack (main + companion) for less than $45.

The whole line has a bunch of nifty programmable features (you can define the dimming range, for example), and the wiring diagram is the same as any plain 2-way or 3-way switch.

holy shag carpet batman! i was 2/3 of the way through the video before i realized this wasn’t shot in your yard.