Political Cartoon Thread... b/c why not?

Grrr, snakes are lovely creatures. They don’t deserve to live near Gosar.

But that decomposing fecal compost will keep the surrounding soil warmer in winter.

For those who aren’t au fait with Australian Politics, the three complainants at the front are

All three of them have expressed overt support for MAGA and Trumpism. 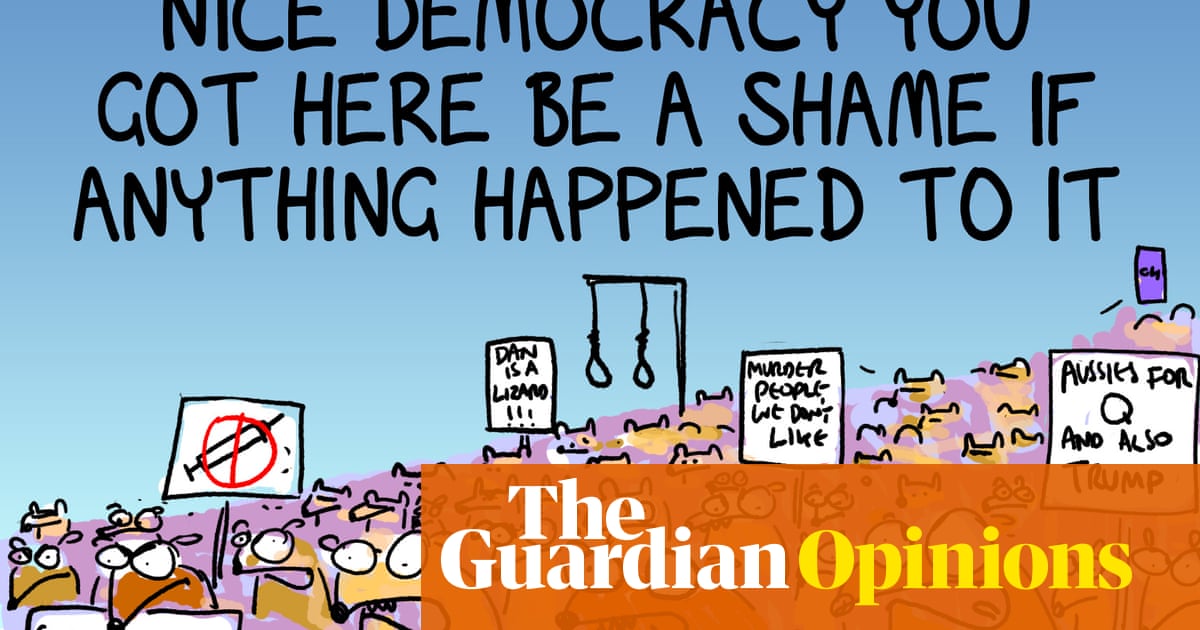 Do the far rightesque rallies around Australia mean the left has utterly...