Possibly the most genius don't-text-and-drive PSA ever

If this is real, it’s one of the cleverest things I’ve seen.

Seems staged to me, maybe people leave their chimes on in China but at least around me once the lights go dark people put their phones on mute. Obviously there’s always one jerk still texting away with their portable sun searing itself into my dark-acclimated eyes, but they’re at least quiet when they do it.

That’s only a problem if you consider the people in the theater the main audience.

It wouldn’t be a problem to show them the same text in Chinese, too, and then cut that from the video.

Or since it was Hong Kong, maybe the movie they were there to see was in English.

So – isn’t anyone freaked about how incredibly easy it is to sniff the phone numbers of a theater full of movie goers? Was that actually legal? Who can get access to this tech, and for what reasons?

I bookmarked this. I’ll watch it on my commute home tonight …

If it’s real, then it probably used a SMS-CB (cell broadcast), which is a form of broadcast alert sent by the local cell-tower. They could have setup a local tower with a limited range and then broadcast the alert. This type of alert also overrides any sound settings to silence phones. In the US and other countries it is commonly used for emergency broadcasts such as tornado alerts or amber alerts.

So no phone numbers were needed. I’m not a GSM expert, but, there is no easy way to ‘sniff’ phone numbers, you can only obtain the EMEI of the nearby devices.

Thanks - it seems like this could quite likely be what they did.

I did a little research, though, and came up with some info about infernal “Stingray” devices used by police. Very frightening stuff. 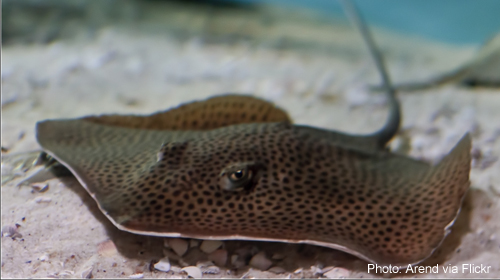 A Florida judge has sided with the ACLU to order release of information about police use of “stingrays,” which are invasive surveillance devices that send out powerful signals to trick cell phones into transmitting their locations and identifying...

Yeah, the problem is that the security around cell phone networks is REALLY antiquated. Anyone with a software radio and $30 can emulate a cell tower and wreak all sorts of havoc. It’s all sort of come full circle in the cell phone arena. I remember listening to all sorts of phone calls before the switch from analog to digital. There was no security at all, you just needed a scanner with the right frequencies. Eventually they banned them, but it all became a moot point when they switched to digital. The equipment prices used to be crazy expensive and by 2003 GSM was cracked. But, now anyone with $30 and the right software can listen in

Theoretically, GSM has been broken since 2003, but the limitations of hardware at the time meant cell phone calls and texts were secure from the prying ears of digital eavesdroppers and all but the…


This VW ad really says: Don’t text and watch ads. Or don’t text while being a passenger.

I used to get bluetooth advertising on my phone when I walked around downtown. Burning Man had some rogue texting services, so I know this isn’t rocket science.

Yeah, its too bad the text was in English, one of the two official languages of Hong Kong.

Since you want to point out this was in ‘China,’ let me point out that the really stupid thing would be if they used the simplified Chinese script used by the mainland, Mandarin-speaking Chinese (as opposed to having it in English or traditional Chinese).

Not only do they leave their chimes on, they talk and scream into their phones just as they would out on the street.

Not only do they leave their chimes on, they talk and scream into their phones just as they would out on the street.

In China, maybe, but not in Hong Kong. Heck, if you wanted to do a Chinese-market driving PSA, I’m guessing that the use of mobile devices wouldn’t be the biggest safety target.

I think you’re being overly harsh. I too thought it was strange that it used English because the agency was Ogilvy Beijing so I had presumed it was for the mainland market. Only on a second watching did I note the on screen text saying it took place in a Hong Kong theater. And still I would imagine they’ve adjusted it in post for viral consumption.

Which brings me to another thought … am I the only one here who thinks this feels more like prize hunting than effective advertising?

Those are great, but IMO they’re a lot more entertaining than effective; the visceral shock delivered by the ad in the OP is the opposite; as clear and concise as possible. It only works as a cinema ad though so there’s that…

Oh, and that sort of thing isn’t too great for accident survivors with PTSD.

BTW, I hate when you can’t tell a rapper’s an Aussie from their delivery, let alone content… this is how it should be done, IMO:

Bonus rant: Why in fuck has anybody uploaded anything in less than 480p in the last five years, let alone bloody music videos?!

Drives me round the bend, dammit… the fat rapper you can’t tell isn’t a Yank until he talks is in 144p - in this day and age, for fuck’s sake - what a joke!

BTW, any hiphop peeps impressed with that track would do well to check out Butterfingers and Evil Eddie - the dude is a gun. Here’s something to clinch your piqueage, in 720p: