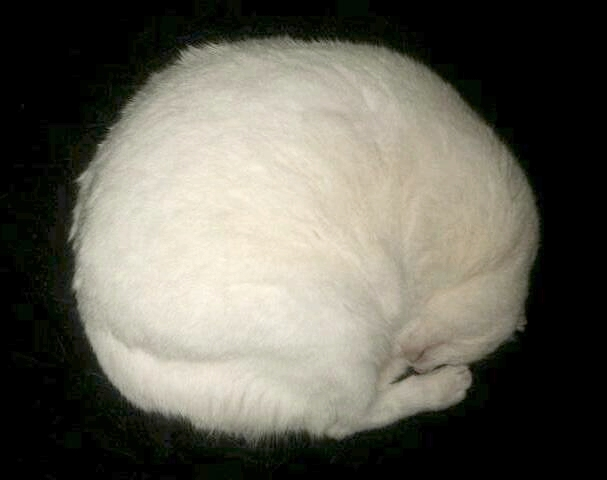 Better not let PETA see that

She was happy as a clam that day, largely because the party guests kept feeding her bits of other animals. 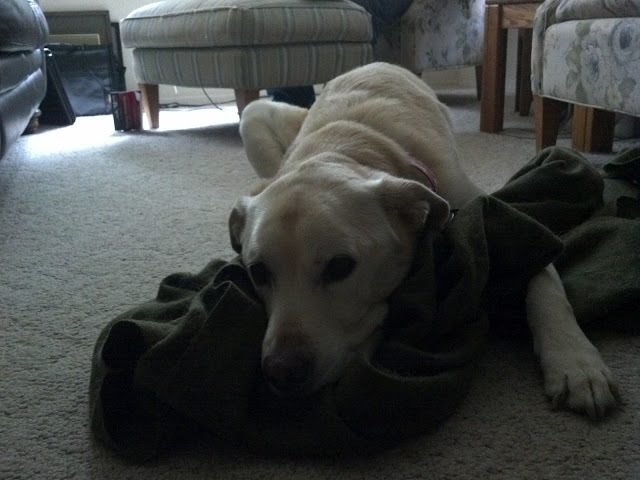 From a slightly different angle: 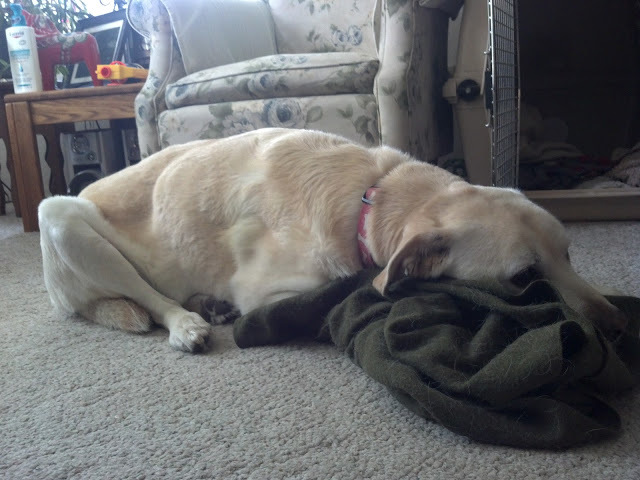 ETA: Tried linking them from Picasa, but I guess that went wrong. Reuploaded after saving to my machine.

I also have a video floating around of him chattering his jaw at about a million hertz in anticipation of breakfast, but I can’t seem to find it. 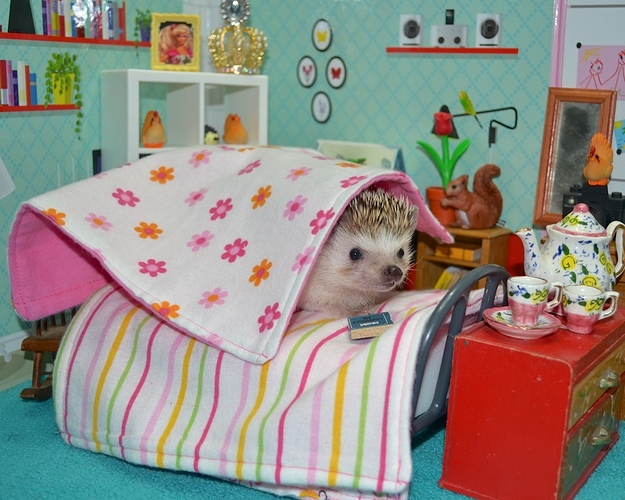 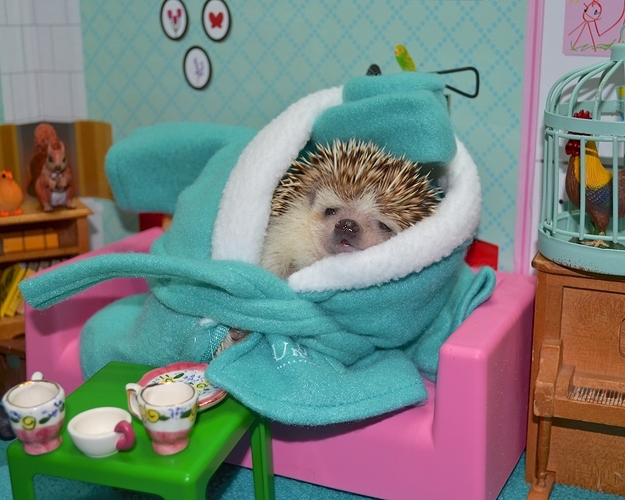 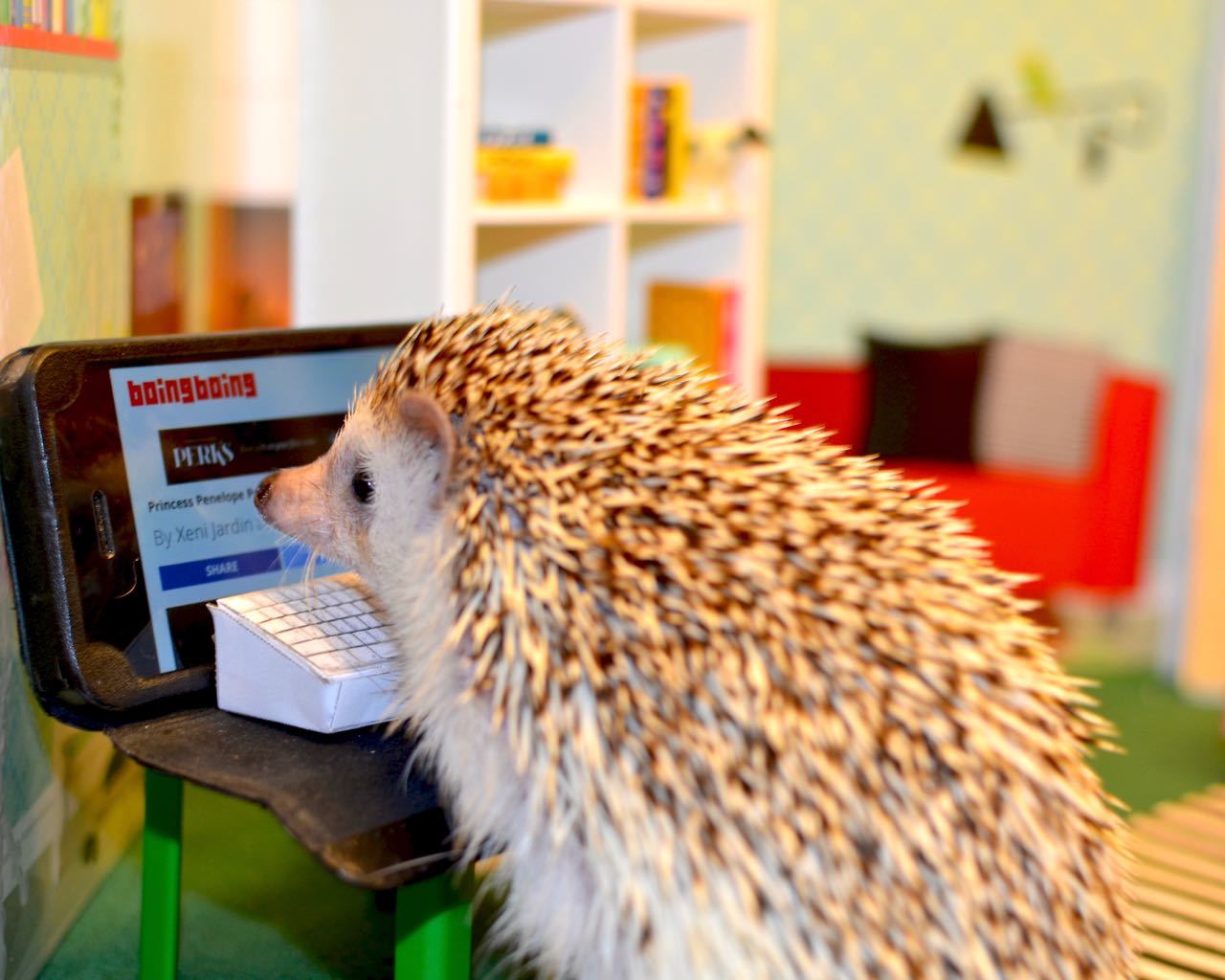 Oh, also, she was featured on BoingBoing once by luck of the flickr photo pool.

I’m getting grey circle/bars for your images

You have got to be fucking kidding me

Re-uploaded, you should be able to see them now.

She’s the adorablest pet I’ve ever had. The setting her up in little sets and taking pictures part, that’s just me being a mutant. 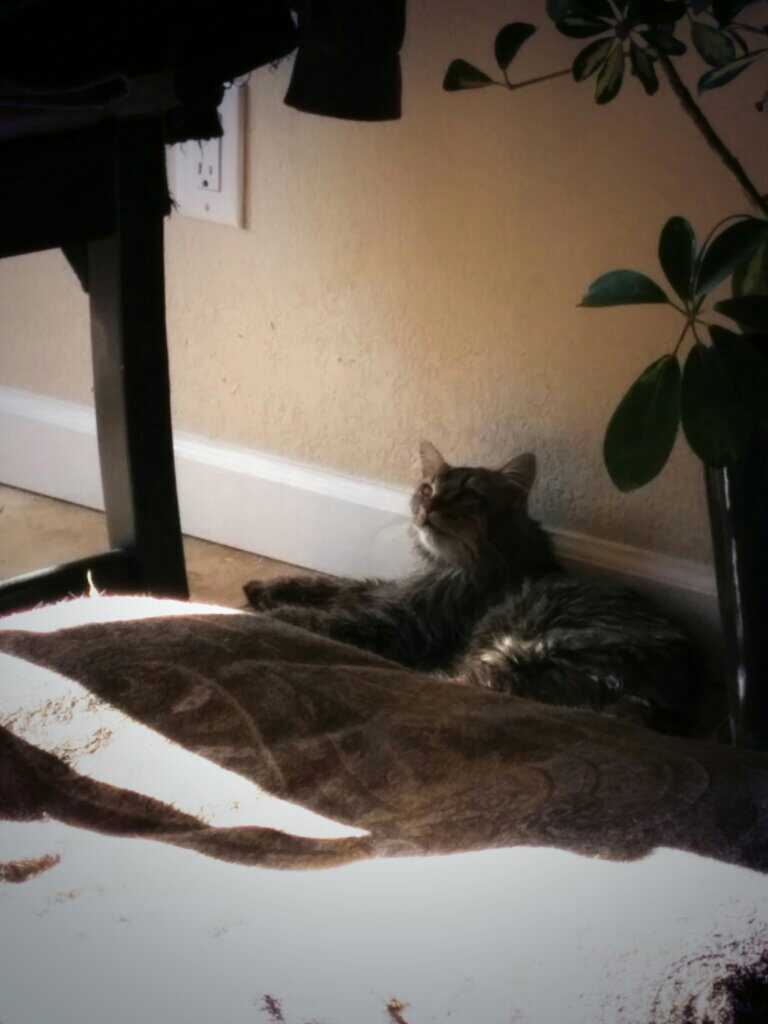 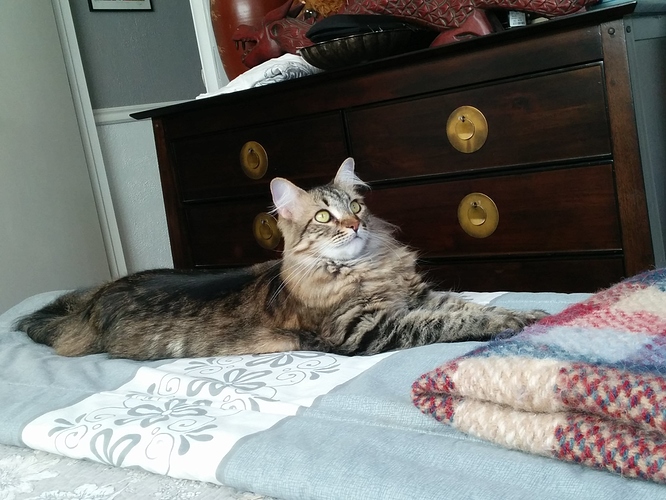 Hmm, I thought that hedgehogs were related to porcupines, which are rodents, but it turns out they’re in Erinaceidae.

You get the biggest Internet High Five I can deliver.

Those are great photos. Can’t say I’ve had much experience with hedgehogs, but I had a cousin who used to own them as a kid. Maybe he mishandled them or something because they were entirely too bellicose to do this sort of thing with. They bit me every time I tried to even pick them up. Also they constantly bit my cousin as well. So I’m guessing something wasn’t quite right about the setup he had and the way he treated them.

Yep, they’re much more closely related to shrews and skunks than than porcupines. In the wild they live off bugs mostly and have sharp canines with tiny incisors - not really rodent-like once you see the teeth, though the mouse-ears are reminiscent of a rodent. 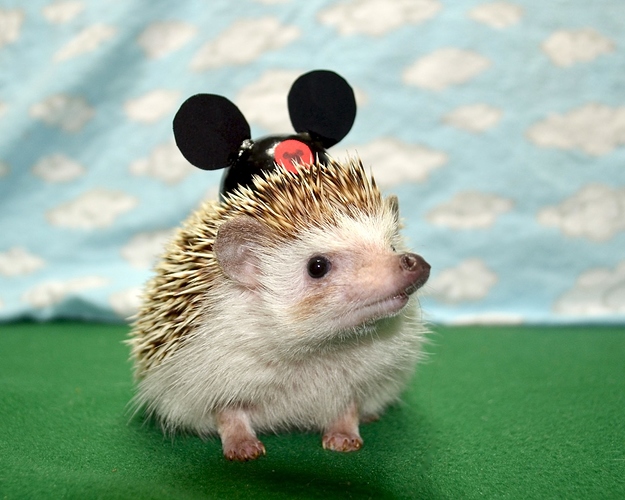 We have hedgehogs in our garden (along with red squirrels), but we just appreciate them from a distance.

but we just appreciate them from a distance.

That’s my policy for all animals that aren’t on a leash. If they’re interested they’ll come to you.

When I get back to my mammal buddies, I am gonna up my photography game.

You have red squirrels!? So lucky. Eurasian red squirrels are really amazingly cool squirrels, sad they’ve lost so much range. When I bird watch in other countries I also keep a list of squirrel species, I’ve IDed, would love to spot a red squirrel some day. I will spare everyone my species lists, though.

Also, wild hedgehogs in their native habitat would be wonderful to see.

The red squirrels are a lot of fun - they run past our window while we’re having meals and like climbing the trees lining the garden. Unfortunately my phone can’t take good zoom pictures of the bottom of the garden, but I’ve had fun watching them explore the treehouse in pairs.

I saw some interesting dark grey squirrels in China, their ears were quite distinctive.