Man, that seems to be a generally depressing situation whichever angle you look at it from.

Haiti always seems to get the short end of life’s stick. Too bad because the people there seem really nice.

What’s always struck me as odd is the disparity between Haiti and its island neighbor Dominican Republic. On the surface one would think they should be similar in both industry and stability.

Reading into this - the root causes are very complicated and go back hundreds of years to colonization and agricultural practices by the Spanish and French.

I hope things settle down as Haiti has so much to offer.

Yeah, it is a problem that started a long time ago, and no one has had the will to really help fix it.

You can see the difference from space with deforestation between the two neighboring countries.

Haitian independence is an interesting part of history people should learn about, though.

Constitutionally & literally he is no longer the President of Haiti.

Well, one had a successful slave revolt and the other did not. That’s the heart of the thing. Black people rebelled against white people, WON, had been suffering the consequences for that ever since. Haiti had to pay a massive war debt to france and only finished paying off the war reparations in the 20th century. They were also boycotted for decades by the US and Western Europe. As a result, their economy that had been thriving under French rule suffered and is still suffering from that.

Well, one had a successful slave revolt and the other did not.

In what way was the Haitian revolt less successful than the Dominican? Or was their acceptance of the war reparations the unsuccessful factor?

It was my understanding that the primary reason for the disparity was the variance in fertility of the soil on the already depleted and less “wet” Haitian side vs the more lush and fertile Dominican side.

You’re correct in that the Domincan threw off Spain. It was part of Haiti until the 1840s, then split off due to Haiti’s massive war debt, which they did not have from Spain.

The Domincan repubilc demographically, identify as metis than Black, which gave the a decisive advantage in the region, which had many other countries with metis heritages.

And racism still shapes how we see Haitians and how they interact with their direct neighbors, how the rest of the region sees both, etc…

How the Media Perpetuates Racism Toward Haiti

“To deny someone their complexity is to deny them their humanity, period.” 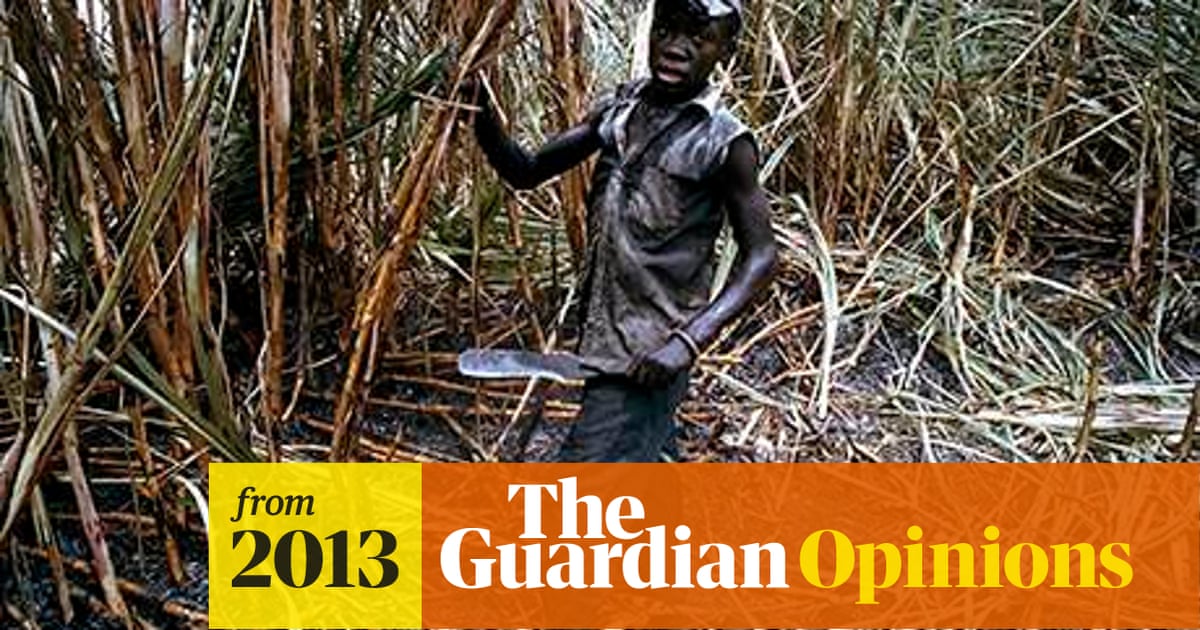 The Dominican Republic and Haiti: one island riven by an unresolved past |...

Carrie Gibson: The republic's plans to revoke the citizenship of many Haitian descendants draws on a long history of prejudice and conflict

Compare how Cuban refugees were treated vs. how Haitians are treated.

I get that you want to the modern world to be shot through with anti-Black bias. But the fact is that it is.

It was my understanding that the primary reason for the disparity was the variance in fertility of the soil on the already depleted and less “wet” Haitian side vs the more lush and fertile Dominican side.

Geography, like race, is NOT destiny. There are plenty of places with shitty geography that managed to do well. The UK for example. I think we know what was different between the UK and Haiti is.

It did. And we know the reason they got saddled with it, too. This is generally agreed upon by historians who study Haiti.

And of course, the US has been constantly intervening in Haiti in more recent years and treating their political crisis far differently from Cuba’s.

TIL about Jean-Jacques This Island (Haitian Creole: Jan-Jak Zile Sa A)

Seriously though, I had heard about Toussaint Louverture, and just now learned about Jean-Jacques Dessalines ( Haitian Creole: Jan-Jak Desalin), so I’m grateful you shared this video!

I also learned that Jovenel Moïse was until today Haiti’s President, and will now go learn more about him and the state of the country.

And we know the reason they got saddled with it, too.

The French were assholes and the new Haitian leaders capitulated:

Why did Haiti agree to pay reparations to France after the Haitian Revolution?...

That doesn’t mean it did not have long term impacts on the Haitian economy. Given that every other major economy refused to engage with them, including their neighbor to the north that feared a similar slave revolt, they did not have much choice.

Back on topic, given the details in the Guardian article, American accents claiming to be the DEA, could be some CIA involvement or it could be American mercenaries hired by someone with ties to the US, given the attempt to forge ties with Venezuela. 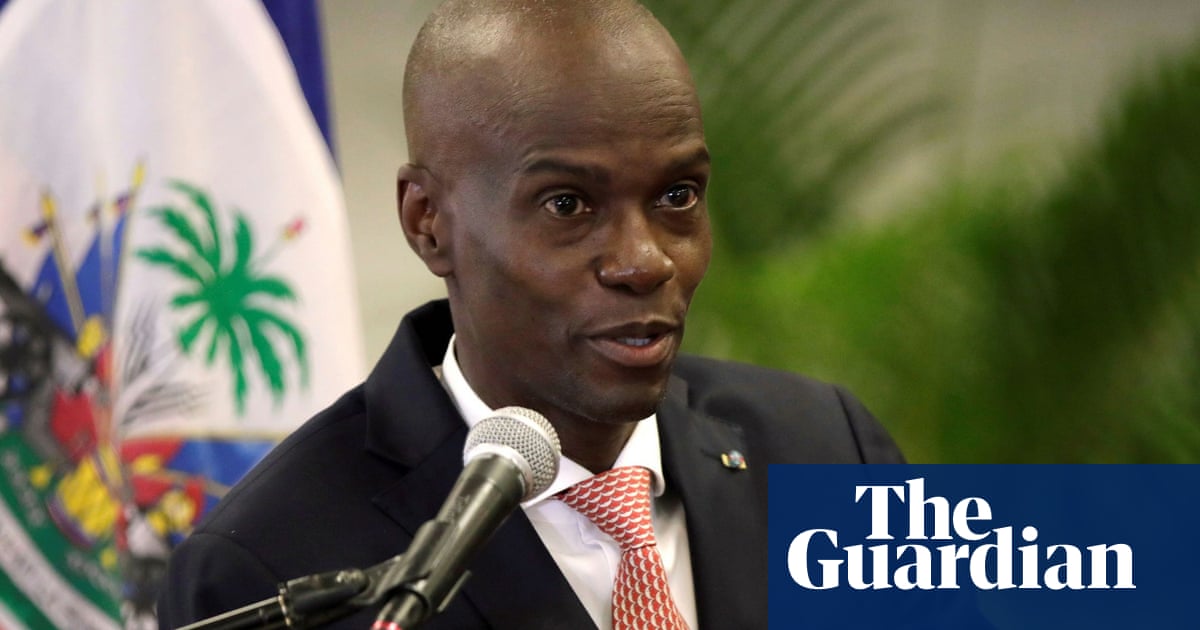 But the last time a president was assassinated there, we occupied the country… 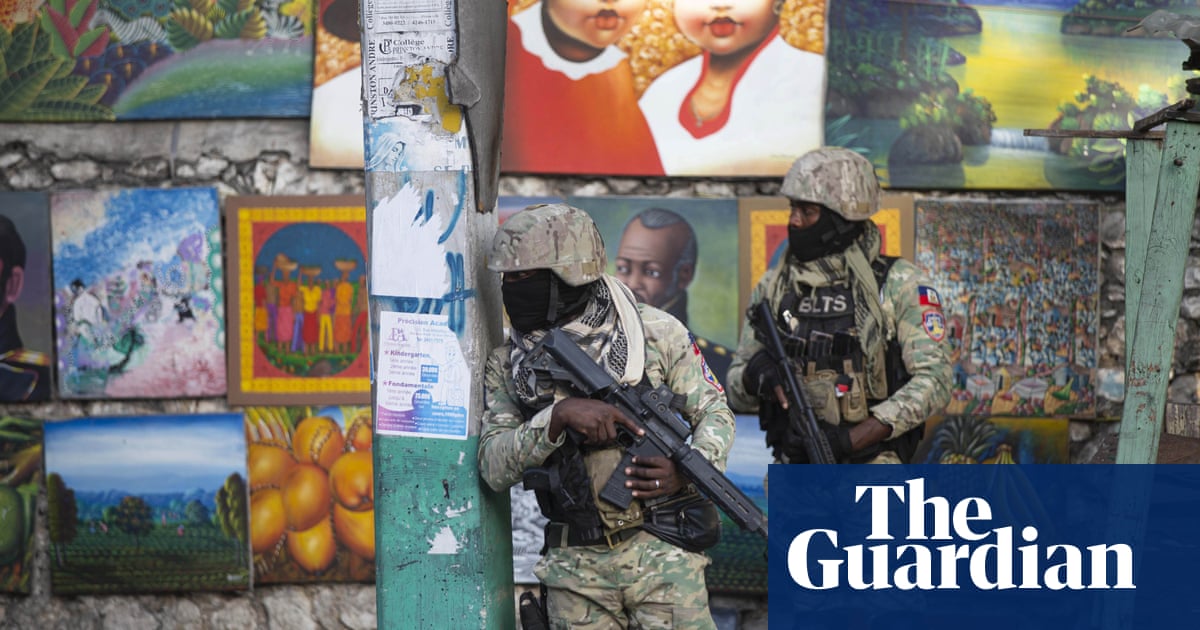 ‘No one’s in charge’: Haiti faces violent new era after killing of president

The fact that shouting “DEA, DEA” while you go to murder people is instructive on mindset too. Like it means everyone expects you to act with impunity.

Exactly… America’s reputation precedes us. I do think that there is some CIA ties at play here… but we’ll see. In like 50 years, I guess, but one day!

[Prime Minister Claude] Joseph said that the president had been “cowardly assassinated,” but that the murderers “cannot assassinate his ideas.”

I’m hoping he had something more noble in mind than “questionably legal rule by decree even as the population slides further into misery” when he said that the president’s ideas could not be assassinated.

American accents claiming to be the DEA,

It will be interesting to see how this shakes out. But I can’t imagine a US backed clandestine operation would go about broadcasting they are working for the US. Though another faction might pose as a DEA agents to spread confusion/shift blame. Or hell, maybe it was US pretending to pose as the DEA when they really were the DEA/CIA/WTF?

But also - I just don’t see Biden approving something like that.

I guess we will see. I’m just speculating at this point. Hopefully the truth comes out.

The fact that shouting “DEA, DEA” while you go to murder people is instructive on mindset too. Like it means everyone expects you to act with impunity.

Even when you’re attacking the President’s house.