Prewar Japanese beer posters: the most beautiful ads ever made?

Beautiful? Yes. Most beautiful? Off the top of my head I hand it to fellow Czech Mucha. 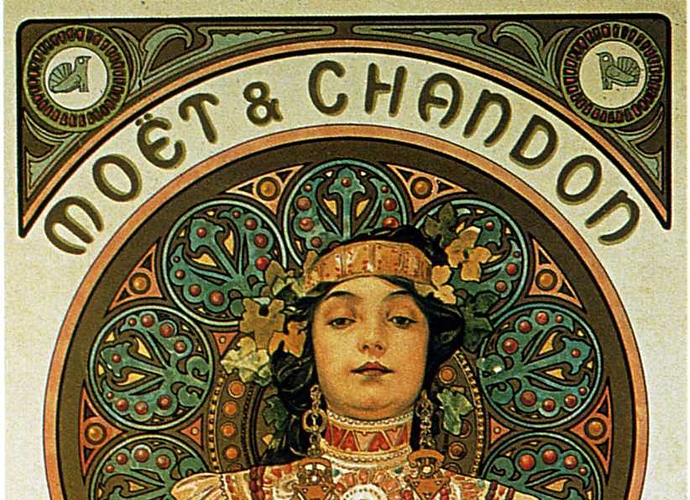 Somehow I’ve missed the Golden Age of Japanese Beer. Are any examples being exported?

Roku izakaya in SF has a few of these old posters on the wall. I tried to impress my Japanese gf with my katakana reading skillz: ‘ru-bi ropposa!..huh, what could that mean?’

She dissolved in paroxysms of laughter as I realized old timey Japanese was read from right to left.

Mucha was the man. Best known for JOB rolling papers, as I’m sure you’re aware. 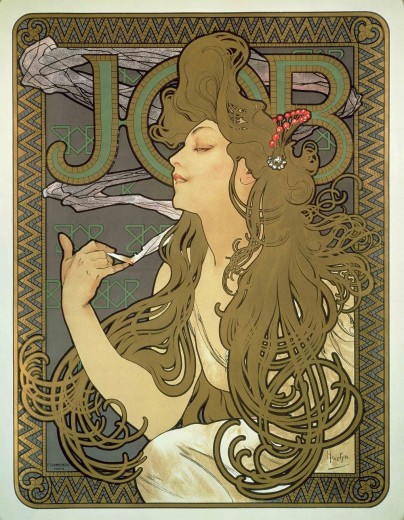 Sapporo, the beer on the poster, is sold in the larger stores and in most asian style restaurants in my area. Delicious and refreshing along with sushi.

Unfortunately, the US market is brewed in the US.

I’d say the Korean beer market is improving as well. There’s a bunch of new small breweries, which although mostly foreigner run can supply to affiliated stores. Then there’s the surprisingly flavourful “Queen’s Ale” made by Hite which is stocked in every corner store and comes in variations of Extra Bitter and Blonde. While I wouldn’t choose either over a proper English beer, the Extra Bitter especially is very nice compared to the standard fare. There is also the Aleston “English style beer” made by OB, which is also widely available, but sadly that’s lacking.

I do agree that Sapporo is a very nice lager. Crack open a bottle of that after coming out the onsen is a delight.

I know these guys export - http://www.beeradvocate.com/beer/profile/697/

Sapporo/Asahi/Kirin/Orion are all pretty much examples of pre-“Golden Age” Japanese beer. They’re not bad per se, but if you start with them you’ll wonder why anyone would bother shipping beers so similar to mass-produced American lager across the Pacific.

For craft beer, Hitachino Nest is the line you’re most likely to find, wide variety of styles. The Whole Foodses around here carry it, but that might be a local thing due to our considerable Eastasian population. I can also vouch for Kawaba Snow Weizen and Ginga Kogen if you like Hoegaarden type white beers, but you’ll probably have to seek out a good distributor or sushi restaurant to find them.

There’s a huge gallery of these at the Sapporo brewery in Hokkaido.

Having said that – ugh, Japanese lager. Luckily (and very very slowly) there is a craft beer movement in Japan, so finally you can get real beer there in a few places.

I guess beauty is in the eye of the beer holder.

Aw, man, I logged in to post CHALLENGE ACCEPTED but I see @tyger11, @noahdjango,and @Mister44 were all quicker on the draw.

Hitachino white ale is one of the best beers in the world, to my taste. Available at Whole Foods in NY, not sure about other states.

Which as far as I’ve seen was usually featured as a single main picture over those giveaway advertising calendars where you tear the “old” month off of the bottom.

For those of you who might end up as tourists in Tokyo, you can probably find reproductions of these posters in one of the Nakano Broadway shops

Sapporo is an adequate beer, void of much to cause offence, including complex flavours. Sapporo however is certainly not part of any “golden age of Japanese beer revolution”. Neither is Asahi or Kirin. In my opinion those three beers are almost indistinguishable if you’re not tasting them side-by-side; they all taste like clean, refreshing but rather bland rice beers.

The golden age of Japanese beer instead would instead refer to the 200 or so Micro-breweries that operate across the country, producing some damn fine and interesting beers. I’ll add to the Hiachino Next love that is going around, but point to their Espresso Stout. Rich-deep and delicious.