I love this guy’s videos. I remember thinking it’s funny that he’s working with rocks and mud, but making very high quality videos about it. But there’s actually no disconnect at all: he’s a skilled and thoughtful user of technology, whatever the level.

We should. It would be no trouble at all.

I’ve never seen someone make a fire from scratch so fast.

Never mind that he doesn’t talk at all; I’m sure it does not hurt that he also happens to be a fit dude who seems to have something against wearing shirts.

Shirts are The Man’s way of keeping us confined.

Hence the name for the Australian rocket test range. 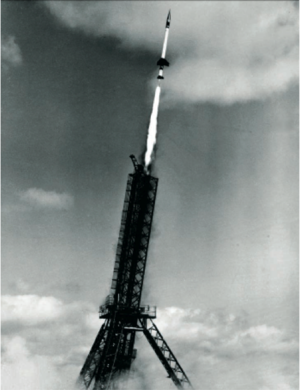 The RAAF Woomera Range Complex (WRC) is a major Australian military and civil aerospace facility and operation located in South Australia, approximately 450 km (280 mi) north-west of Adelaide. The WRC is operated by the Royal Australian Air Force (RAAF), a division of the Australian Defence Force (ADF). The complex has a land area of 122,188 km2 (47,177 sq mi) or roughly the size of North Korea or Pennsylvania. The airspace above the area is restricted and controlled by the RAAF for safety and...

So nice they say it twice

I used to use an atlatl to hunt mahi-mahi in Bora Bora; my diet of nothing but couscous was giving me beriberi.

"four times that of a compound bow,

That particular claim sounds like it needs some serious context to avoid being nonsense. Unless you have specific length limits and material science/fabrication methods in mind, the amount of energy you can get a bow to deliver is limited primarily by the strength of the archer. That’s why some bow designs do have various apply-mechanical-advantage-here draw mechanisms; and why things that are recognizably bows can be scaled up to siege machine sizes.

The atlatl does have the advantage of providing substantially improved speary action at a distance without the need to fabricate suitably elastic materials that don’t fail under load(composite bows don’t exist because the technique is quick, easy, and fun; but because composites were necessary to get better performance); but humans are weak enough that there is only so much room for improvement in how much energy they can put behind a projectile.

(Yes, with the right arrangement of springs and levers and pulleys and other simple machines fun, you could presumably build a device that can store years of human input and then release it all at once, which could be pretty punchy indeed; but that’s a bit of an edge case.)

Letter to rocket scientists from kid, 1957: "You put in other details"

Letter to rocket scientists from kid, 1957: "You put in other details"

Yeah, I’m going to let someone whose ancestors were less likely to have actively exterminated a few tribes, or cheered that activity on, do the reclaiming on ‘spear chucker’. It does roll off the tongue quite pleasingly; but the associations are unpleasant.

It’s too bad we don’t know what paleophysicist to credit for speary action at a distance; but given that these things precede writing by a fair margin, that’s not happening. 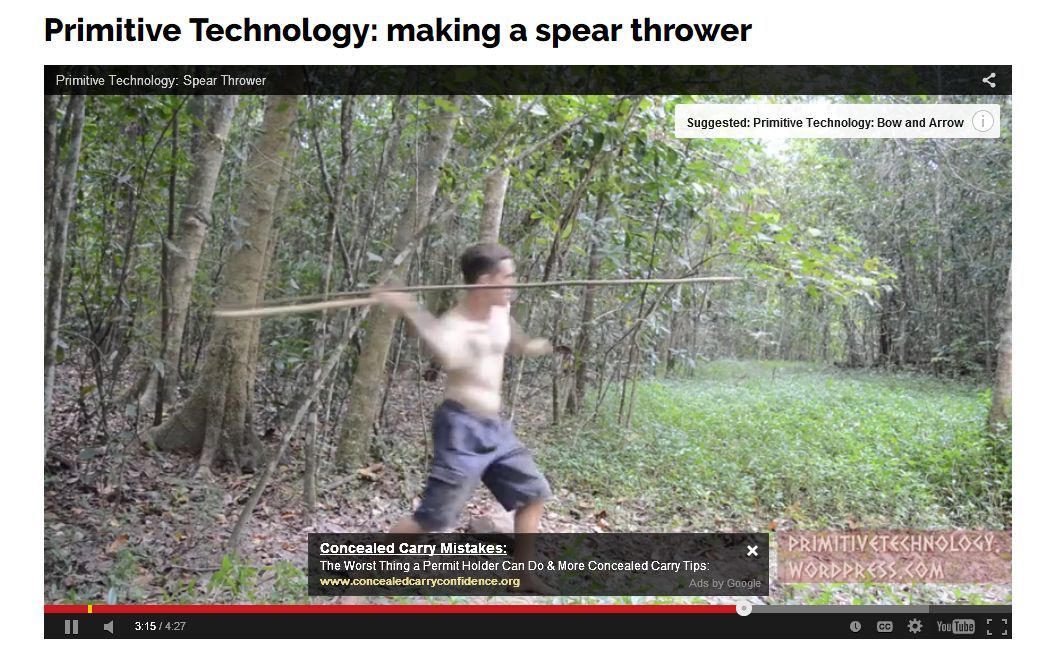 When I watch how to videos I fast forward past the talking part to see the action part. So I leave it out of my videos in favor of pure demonstration.

This guy? This guy knows. I like this guy.

I wouldn’t be completely surprised if he opts to make a video on primitive waxing techniques. (That could totally be the Next Big Thing.)

Who’s ancestors were unlikely to have exterminated other tribes? Such activity is mostly required for any group of people that still exists, with very rare exceptions.

That taps into one of my issues. I hate to watch a video about how to disassemble some piece of machinery, and most of the video is just the maker talking into the camera.

Indeed. My car would be a much nicer, better-maintained piece of machinery if 90% of all how-to videos weren’t irritating as fuck.

Australian Aborigines call/called it “Woomera”.
When Australia was testing rocket technology in the 1940s the location chosen was in the middle of the desert. Appropriately, they named it Woomera.

I used to be a wilderness therapy guide (hoods in the woods) and got pretty good with a bow drill after a while. But this guy has a far simpler set up - hand drill rather than bow and just a stick rather than a fire board - and seems to invest far less energy in “getting a coal” as we used to say. Elegant is the word that comes to mind when watching him.

Well some of them did, there were over 200 different languages in pre-invasion Australia. http://www.abc.net.au/indigenous/map/