Personally, I’ve always preferred D&D-based video games because they already take care of the randomization and dice rolling, but most of all a more immersive visual experience.

Still, hasn’t someone thought of running campaigns on Zoom or a similar platform? You can still talk to folks. You can still eat and drink. You can still see the other players and whatever visual aids your DM has prepared for you.

We’ve been running campaigns for a mixed bag of Zoom participants and warm bodies for the past couple of years. Getting the mechanics straight took some work (camera on a real tabletop, mike so everyone could hear the GM, occasional drops and disconnects on both sides of the screen), and one of our GMs is now using Roll20 for his campaign, where everything is generated online only. You can either roll dice live, or use one of the many online dice rollers. It lets us have participants who can’t or don’t want to be at the table in person, and I doubt we’ll return to live bodies exclusively ever.

The idea of DMing for strangers in a physical space, where you don’t get to vet them beforehand, sounds like a nightmare to me. Even strand-up has more space between the performer and the audience. 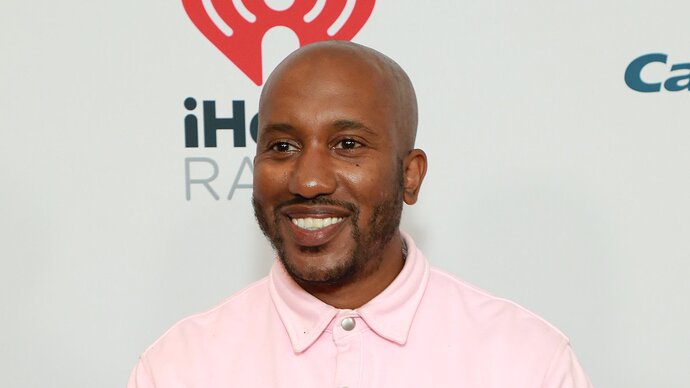 Arriving for a 15-minute set at the Comedy Cellar, Chris Redd was sucker punched and rushed to the hospital on Wednesday night.

Remind me not to wear part of the dragon’s horde when GMing.

I love Dungeon Mastering, but it is a time sink.

I have gotten to game every other Monday (mostly) online and that has scratched the itch for me so far.

Personally, I’ve always preferred D&D-based video games because they already take care of the randomization and dice rolling, but most of all a more immersive visual experience.

While I love those games - and really really liked them as a kid, those are combat simulators with a story line. Which also is how a lot of D&D games are run. Role-playing where you actually play a character is more like improve acting with a DM to referee it.

Still, hasn’t someone thought of running campaigns on Zoom or a similar platform? You can still talk to folks

Yes, there are several things for that. We use Roll20.net for the visuals and discord for the audio. I know there are other even more immersive platforms. Super jealous of the people who go all in with like a massive touch screen to play on in a live environment.

Re “playing with random people”, it helps a lot to be drawing from a known community. I’m on a Discord that does a quarterly gaming weekend, and I can certainly say that the games I played in were both well-run and had great players – none of who I’ve ever met or seen as anything other than names on a screen. One game was on a Rolll20 clone, the other was simply a Discord voice channel, and both were incredibly enjoyable and some of my favorite gaming experiences.

I’ve recently started running a pick-up game via Meetup at my neighborhood brewery. It took me a long time to get gunned up to run a public game. I’ve been pleasantly surprised with the turn-out and positive experience overall. My biggest challenges have been making sure that everyone is engaged.

I think that folks are just happy to get out and commune face-to-face after the End Times.

And I suppose I’m professional in that I get free beers.

Too many b.s. business models. Like cafes and restaurants that have a thousand complicated things on the menu, but only 2 staff…it doesn’t end well for anybody.

more like improve acting with a DM to referee it.

I’ve done games over video chat, and they work ok, but there’s nothing like getting together with a group of like-minded people and goof-balling over miniatures and many-sided dice. It can also be a creative outlet.

Video game RPGs are great, too. I’m playing Pillars of Eternity right now and I love it. I miss tabletop, though.

Had no idea there could be a Top shortage!

Came here to say this.

Also to say, there’s an LGBTQ+ top shortage!? Why are we not spending money on education programs to address this or offering easier visas to LGBTQ+ tops that want to immigrate?

There is always a top shortage just like D&D, you have to know the rules, Have a home dungeon, do you know how hard it is to have family round and be like no, you can not stay in the “spare Room” go home! Never mind have you seen the price of leather!

Top role has the most setup costs and the most maintenance costs, clean up time after the event and is just a lot of work and reasonability for health and safety, it is like a 2nd job at times…

Still, hasn’t someone thought of running campaigns on Zoom or a similar platform?

As others have mentioned this is very much something people are doing and there was big increase in interest in doing this way during the pandemic when everyone was avoiding physical gatherings. There are a number of virtual table-top (VTT) applications that have been developed to cater to this audience, and Wizards of the Coast are even developing their own to go along with their One D&D plans.

That said, I’d be willing to bet that now that people more or less perceive the pandemic threat to be resolved, they’re champing at the bit to get back into (or experience their first) in-person games, and from experience I can say it’s easier (for a variety of reasons) for a DM to schedule and run such an event from their own home over the internet than it is to do it in person. Leading to a situation where there are likely many more willing DMs for virtual games than there ever was for in-person games.

This isn’t new. I’ve been playing D&D my entire life, off and on, and DMs and GMs have always been a rare commodity. Especially good ones (it’s a rare thing to be good at). It’s like goalies in intermural hockey. They’ve always been the critical path resource and always will be. Heck, D&D players have it easy because it’s the most popular game. Try finding a GM for Paranoia or Star Frontiers.

I think what’s new is that hipsters in NYC play D&D now so they get news articles written about their problems.