Rest of the world:

Thanks for giving us your young, your educated, your innovative scholars yearning to breathe debt-free.

They should all thank Joe Biden for his work to Make America Great before Trump considered doing it Again.

Seriously, he can’t make payments on only 20k in debt? I can see throwing in the towel for some kids that owe six figures, but this is do-able.

I have friends that live out of country for these reasons. They left close to ten years ago. They hadn’t finished their degrees, and now they work at a tourist dive shop in SE Asia. My other friend just bailed for SE Asia, and then his loans got too much for him. His dad works as a chopper pilot in the Middle East.

They all talk up the experience, and how they are so much better off. The cost of living is low, as is the pay.

I can’t really consider it, because both my wife and I are transgender, and that adds risks. If we were a cis straight couple, we’d probably consider it because while we make more than we would have without going to college and taking out all those loans, it has financially crippled us.

Literally half our income goes to debt payments. Buying a home will probably never happen for us. We have to live where we make the most money, so we are stuck in a very expensive city. My wife is ten years out of college, and I am five. We can’t think of changing careers to something more rewarding.

Our only hope is to get these loans paid before we are eligible for Medicare, and at our age, that is not so far away.

Not if you can’t get work with a living wage, it isn’t.

Fuck, I do make a living wage and am struggling to pay back less than that in debt.

Repeat after me, everyone: Poverty is not a moral failing. Treating poverty like it is, is.

Given that the predatory colleges and lenders go hard after the poor, we should not be surprised when the resulting debt is unmanageable. There may be a lot of reasons why someone can’t handle a “only 20K” debt." Indeed, if that’s manageable for you, you might try counting your blessings rather than railing against people who didn’t get the same ones.

Look, $20k was a “normal” number 20 years ago, let alone now. $5k for each year of college seems pretty reasonable.

And sure if you can’t get work then $20k seems insuperable, but at some point unless you die or move to Ukraine, you do get work. Yes, policy should be changed, but if you are already $20k in debt, you should realize your US citizenship is worth a lot more than that. This is a foolish decision.

It’s just easier and cheaper to study in a foreign country. Then, you can go back in the US if you still feel like it.

The interest rates and fees aren’t the same as when I was in college. Higher payments per
amount borrowed.

The system is so predatory, precluding even bankruptcy to escape it, that this was bound to happen. I expect to see more of this kind of thing. I can also easily see a future where these people are detained if they try to re-enter the U.S. for a short visit.

if you are already $20k in debt, you should realize your US citizenship is worth a lot more than that.

It’s an asset the value of which has been quickly depreciating in recent years. The question for many of these debt-ugees will be less “how will I keep my citizenship?” and more “how do I get citizenship in a stable country with a strong passport and a civilised healthcare system?” Going into exile is relatively straightforward, getting another country to accept you as a citizen, not so much.

The biggest hardship is and will continue to be being separated from family and friends.

The interest rates and fees aren’t the same as when I was in college. Higher payments per amount borrowed.

It’s been turned into another of America’s many debt-driven f*ckbarrels. Speaking of which… 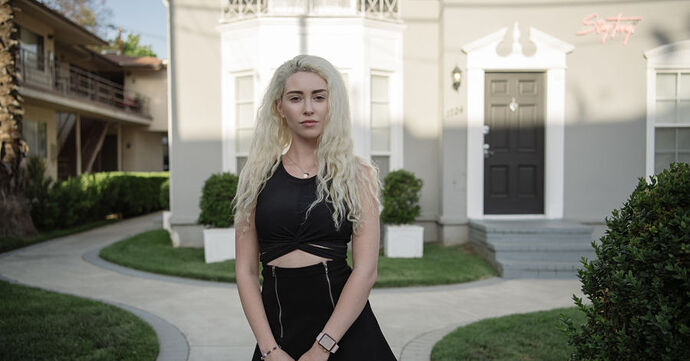 Startups are stepping into a market long associated with payday lenders. One pitfall is that such loans might encourage some young renters to live beyond their means.

Seriously, he can’t make payments on only 20k in debt? I can see throwing in the towel for some kids that owe six figures, but this is do-able.

I can’t afford to make payments on my $3,000 credit card debt. Contrary to popular techbro belief, skills and a degree do not steady employment guarantee.

Is Estonia one of those? Combining your exile with an Estonian e-Residency could be a winning combination.

The thread looks fine to me. Connecting Joe Biden, the current leader in hopes of dethroning Trump, to his work in creating the student debt crisis seems appropriate to me. Neither man is a friend of the poor.

I recall a high school teacher bragging to us about how she hadn’t paid back her student loans and it was so disorganized you could get away with it and she was rather gloating about it.

In one small way it’s thanks to jerks like her we have the current situation. Thanks a lot, jerk. In other news, unsecured debt is difficult to collect upon.

Gods. Unless one is a citizen of another country, this seems incredibly, dangerously, precarious - essentially turning oneself into a stateless person. If the debt is so bad you can’t manage it when you’re young, it’s going to be so much worse if one is forced to come back in one’s later years, after interest has ballooned the debt and one needs funds for retirement.
Obviously being an American opens all sorts of doors that actually being stateless would slam shut, but this would be so stressful - to not be able to come back to the US or any country with the relevant treaties, instead forever stuck in a variety of places where you have no rights and potentially no long-term future (how many countries want poor, retired Americans?).

I can’t really consider it, because both my wife and I are transgender, and that adds risks.

I think this really highlights the point that the people who CAN do this are relatively privileged in the first place.

I didn’t have any blessings. I got a job, at first a crappy one but eventually it got better and I paid it off. I really DO sympathize with people with $200k in student debt but, as @petzl said, $20k in this day and age is not bad for college.

I wonder if those debts will interfere with renouncing US citizenships or if they have not implemented such a system… yet.

That would be an accurate assessment of my friends. They all have family support in the states, and if something totally went wrong, they have that as an out. My wife an I don’t have a safety net, because we are on our own.