Prop masters share most difficult objects they ever made

You got a great story out of it, though!

It took me years see the humor in it. For a long time, just thinking about it would make me cringe.

I was working on a horror-themed (yay Lovecraft) stage show that had an effect I had to pull off: a woman runs in clutching her stomach, says her lines, screams, and then a gush of blood comes from between her legs and she gives birth to an alien creature. We had zero budget, so I bought a $5 Halloween creature prop from Target, cut it up, added legs, sculpted a new head, made organs, etc. Then I figured out how to put it in a ‘blood bag’ that we’d secure to the actress’ belly and she could release on cue. Tests looked great. I felt good about this effect and our baby creature looked good. The actress was a teenage girl with Important Things To Do and her dad told us that she’d been rehearsing at home but would be great on the day of the performance.

Performance day comes. She’s late. She arrives 1/2 hr before she’s set to go out and tells us she doesn’t know what this creature thing is all about. We rehearse with her quickly, she seems to get it. Stage time. She runs out, looks lost, forgets her lines, improvises a scream, and falls on her stomach; blood splatters everywhere and the creature prop is destroyed.

Why not buy some plain volley balls and screenprint them?

I have a friend who does this professionaly. He was a prop master for the adult swim Patton Oswalt dark comedy “heartshe holler”. He said it was surprisingly hard to find enough blank VHS tapes to fill a closet. When he did he spent a ton of hours writing random things on all the labels. When the show ended they were gonna toss them out and it was really difficult for him to let them go, knowing how hard it would be to do again if for some reason the show was revived.

I used to make lots of props for a yearly horror LARP, and one of my favorites was when I murdered my dog. I found a plush dog that was almost the same size as my actual dog, and did horrible things to it: tore off its head, made fake guts out of actual sausage casings filled with jello and oatmeal, and made bones out of fondant and icing that would be all melty and disintegrated at the tips. So during the event, the players met my dog and fell in love with her, because she’s a sweetie, and then later on heard horrible noises and discovered her ‘corpse’ in the dark. We even hid stuff inside her for them to find. More than one player threw up, which I consider high praise. 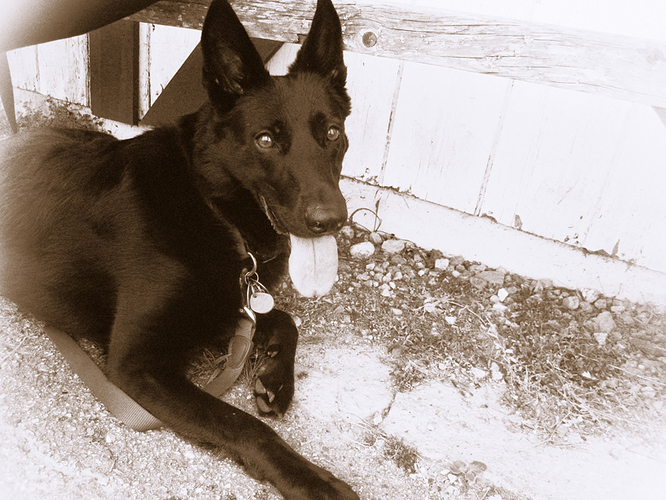 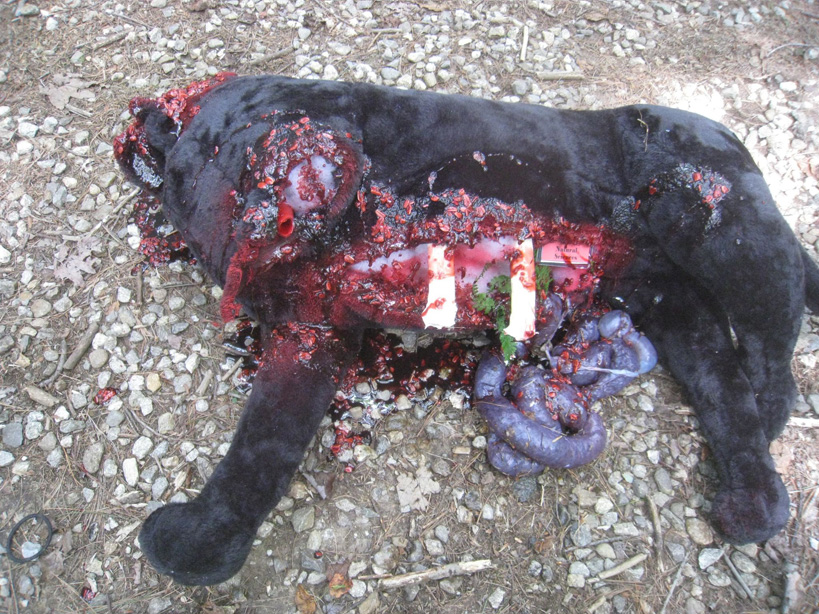