Yay! EFF is an organization worth supporting. And I do.

One shining light of sanity in our crushing dark sea of ignorance, apathy, and commercialism. Protect that light.

That said, a question. This implies that, by incorporating a copyrighted work into law the copyright no longer applies? Because in that case the state or local government is claiming power to unilaterally revoke a federally granted copyright. Or does this forbid states from incorporating copyrighted works into law in the first place?

The law is secret - we’ll let you know when and if we think you’re breaking it.

The image that accompanies this piece is an interesting one. It’s a play on the state flag of Georgia, which has recentlly been in the news because of the state’s current gubernatorial race. Stacey Abrams, the Democratic candidate, was involved in 1992 in a protest against the flag then in use, which was based on the Confederate battle flag that is familiar to viewers of The Dukes of Hazzard. Adams was one of many Georgians who objected to this symbol of the Confederacy. Georgia responded by changing its flag to the current design, a close copy of the Confederacy’s national flag (the “Stars and Bars”) thereby owning the libs.

It’s like having the Iron Cross as the state flag, and responding to complaints by replacing it with a swastika.
[edit: fix misspelling of “Stacey Abrams”. Thanks, Mindysan33![

The Onion, as always, nailed it. 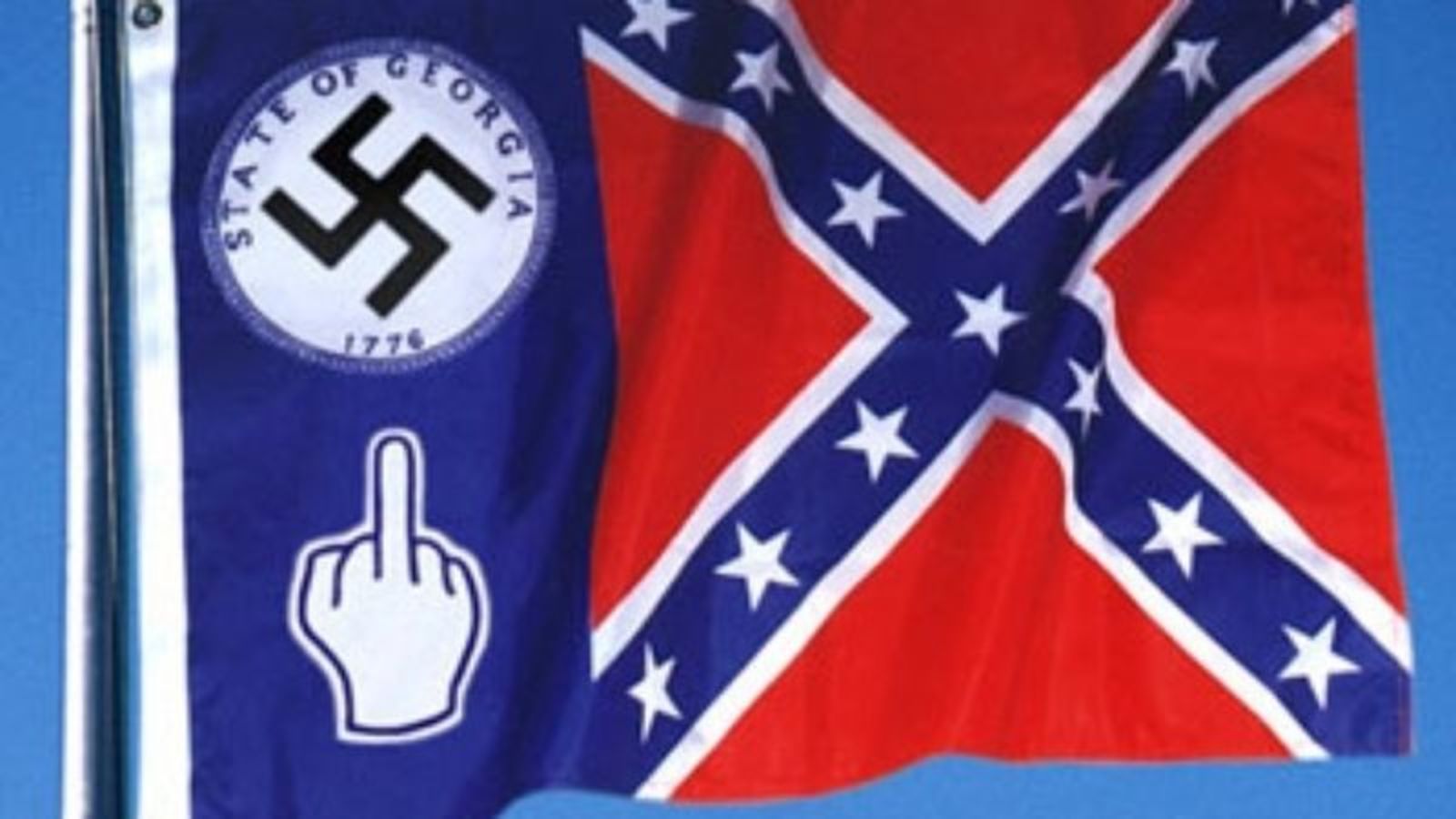 Its slightly different. The flag that Abrams burned was adopted by Georgia during the civil rights movement explicitly as a (re)statement of white supremacy. The new flag is based on the original confederate flag but also the previous Georgia flag. So they switched from an open celebration of white supremacy to just a really loud dog whistle

Thank you to EFF and Carl Malamud. This is one reason why I support the EFF

Sadly, I suspect that when this goes the the supremes, the current court will overrule this. Probably on the basis that it is a “taking” by the local government of the intellectual property of the issuer of the standards. This makes the news about Sandra Day O’Conner so sad. She wrote the decision in “Feist vs Rural Telephone” which was probably the most significant limitatations on copyright holders for a generation.

It means bodies that create standard s are now looking to fight against governments incorporating their standards into law. It shuts down a revenue model. It’s sort of a lose lose scenario. Govt’s are not set up with manpower to test and write standards and the bodies that do won’t get paid for them this way … so standards updates are going to suffer. It’s a free lunch thing . No one wants to pay for the tedious rigorous work that goes into standards.

Cooyright is not a property, but rathsr, the right fo exploit a work. As it is granted by congress “To further the arts and sciences”, it can also be disregarded by act of government.*

Cooyright is not a property

EFF had nothing to do with this case. Elizabeth Rader argued on behalf of Public Resource for the firm of Alston & Bird. The ACLU also argued for us in the court of appeals. I know this for a fact because I was the defendant.

Oh… then goddamn, @doctorow, what do you have against his lawyers?

Dammit, I was drinking coffee.

I don’t recall that “private law” was ever a part of the road to fascism, but it certainly seems to have untapped fascist potential. As we’ve all seen, fascists are still out there. Some of them have had a long time to hone their techniques. Some of them just got so freaking rich that they started buying the government one piece at a time and twisting each piece into a tool for fascism.

Or government could make a one time payment for a fair amount at the time this standard is adopted into law. Or they could hire someone to develop the standards.