So close to the perfect name for this…

Hmn… * scoff*I guess some of us have more Italian genetic material in us then others. Are you ancestors from Iceland by any chance?

Fresh herbs if I can get them and can be bothered – coriander and lemongrass mostly, though parsley is surprisingly tasty (for years I thought it was just pointless decoration). Also basil.

I used to try and get rosemary for lamb, but seriously, just dowse it with anchovy sauce. Larousse Gastronomique says to poke holes in the joint and stick anchovy fillets into them, which I’ve never tried (I wanted to, but faced a rebellion from the people I was feeding).

I also often use onion and some tomato in most of my recipes.

Oh God yes. But I’d class those as main ingredients rather than seasoning.

All part of my retirement plan 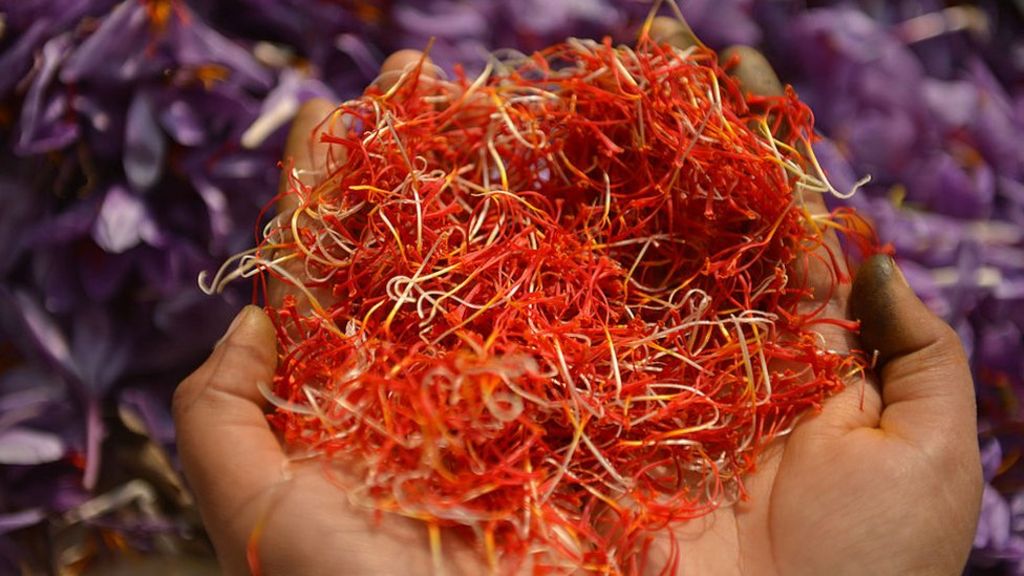 The problem for the world’s most expensive spice

Saffron is the world's priciest spice, so why does it have a less than golden reputation?

For Spanish speaking countries we get around this by just calling it English sauce.

I hand mill my spices with a mortar and pestle. But I also cook a lot of South Asian stuff (because they were vegetarian before it was cool).

Best cooking compliment I ever got was at an office potluck when good ol’ Deepak asked if my wife was Indian.

Larousse Gastronomique says to poke holes in the joint and stick anchovy fillets into them,

Works but is horribly messy.

Fresh herbs if I can get them and can be bothered

Herbs in pots is an investment is space and time well worth making. Lemongrass maybe not so much though

Never tried growing it. Hmm, goes to check the internet…

Are you ancestors from Iceland by any chance?

No. But I think that people who eat rotten shark pickled in urine can write their own rules when it comes to flavouring.

They taste eggier then, after all that cookout mayonnaise, but that goes well with September cider.

As far as i recall, and from also reading the wiki, Hakarl is not pickled in urine or does urine have anything to do with the process at all. There’s just some ammonia based compounds in the shark (it is a natural occurring anti-freeze and is poisonous. The curing process breaks the anti-freeze down into something that’s digestible).

There are three levels of spiceness:

Ooooh, olive oil fight! I’m not at home, but there’s some Spanish olive oil in my kitchen I forget the name of, but it’s like nothing else I’ve ever tasted. I’d drink it if that wouldn’t make me ill. Never had Cali olive oil.

In my case, “wustersistersistershire” because it’s fun to me to say it that way. I’m easily amused.

To be accurate, the urine pickling bit isn’t quite right.

Those sharks have very high amounts of urea in their system because of the cold water they frequent (works as anti freeze). Urea is a problem for all shark meat because sharks don’t urinate in the traditional sense, and exchange it through their skin (so it is essential when cleaning shark to leave a bit of meat on the skin when you remove it). The curing process is to flush the urea out of the meat to make it non toxic. Also why the final product smells heavily of Ammonia.

I was given to understand that traditionally one pees on the ground where the shark is buried, though I’m willing to believe that’s a tale spun for gullible foreigners.