In retrospect I’m glad I was one of the few nerds of my generation who never got around to watching Buffy or Angel in the first place since now I don’t have to feel conflicted about it.

Justice League just looked like a slog from the start, and now I know one reason why: the actors were genuinely miserable the whole time they were making the thing. Even now Whedon seems to be reacting to the bad press by publicly complaining about how terrible they all were. Classic case of “everyone is an asshole except me.”

In retrospect I’m glad I was one of the few nerds of my generation who never got around to watching Buffy or Angel in the first place since now I don’t have to feel conflicted about it.

Though I did recently watch Firefly; I love it, and I don’t feel at all conflicted about it.

Even horrible fucking people can make good art. Hell, all too often that seems to be the case…

Classic case of “everyone is an asshole except me.”

He felt he “had” to sleep with the[se women], that he was “power less” to resist. I laughed. “I’m not actually joking,” he said.

Oh shit, that is the right wing “boys will be boys, so it’s always the woman’s fault” shit said right out loud. What an asshat.

I’m still glad I watched both shows, as well as Firefly.

this is how he’s probably justified himself to others his whole career. he probably even thought he was winning by the strength of his arguments all these years when really it was because of his position of power

For me, this is always the challenge. Once you know they’re horrible, then what?
Personally, I’ve adopted a sort of loose policy of “I will continue to enjoy the things that I enjoyed before we knew, but I refuse to give them a platform or consume the new things that they may create”.

It’s definitely not perfect, but it’s the best I can come up with for myself.

I enjoyed Mel Gibson movies a long long time ago. I don’t need to watch any new ones or encourage anyone to redeem him.

Once you know they’re horrible, then what?

I stop giving them any of my money or positive attention.

I jolly-rogered Firefly on a VPN, and I’m not sorry.

I guess I’m never going to get more Firefly now.

My rule re: these type of things is “not another dime.”

So, that means no watching it on streaming, no watching it available for free on whatever service I pay a subscription to, no more writing fanfic for it (because that might encourage people to give dimes to it) , no more consuming new product, etc.

There are far, far more good people out there making amazing things that would love your attention to them than you’ll ever have time to consume. You don’t need Joss Wheedon.

bewildered by Mel Gibsons ability to keep bouncing back 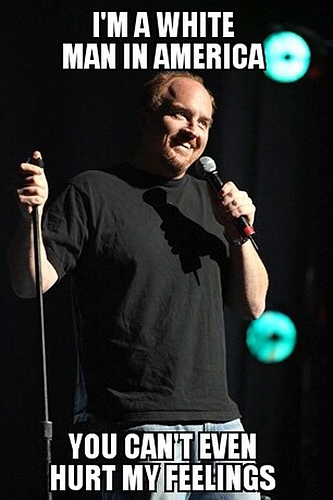 I haven’t even read the article, just little bits and pieces that are getting dissected on Twitter have made me realize: he is a terrible, terrible person with zero self-awareness.

It makes one wonder how much of the good stuff in things he worked on were entirely due to other people, though. It’s a common issue in collaborative media, even with non-a-holes, and the personality on display in the interview seems incapable of making the things he’s given credit for.

(Man, increasingly news and experience tells me that the whole “auteur” idea in tv/film/video games needs to be taken out back and shot, especially [but not limited to] when it gets used to shield and justify the terrible behavior of men. I suspect a lot of mediocre-at-best white dudes get called geniuses in part because of their bad behavior, which includes taking credit for other people’s work.)

I guess I’m never going to get more Firefly now.

Sounds like Disney is making a new series (without him). One of the rare cases where the corporation taking the IP and making more of it without the creator is a good thing…

I saw some social media horseshit proclaiming Mel a genius for producing his own movie that no one would touch because of Mel, not because of the money it’d make.

I watched and rewatched a lot of things he worked on, so don’t feel the need to rewatch any of it any year soon. I do feel a lot of Buffy, Firefly, etc, was the acting and writing, which was largely not him. I do wonder what the non-Joss Whedon people who worked on the shows/movies feel about streaming the shows, I’d imagine they’d still want the work seen. Pirate the shows, but support Charisma Carpenter et al in other work?

The problem is, sometimes really terrible people are also very talented. Gibson’s acting is, for the most part, quite good. He had the looks to be a romantic lead, he had the physical capability to be a credible action star, and even a decent sense of comic timing (His exchanges w/ Glover in the various Lethal Weapons show it).

While it’s easy to read the modern ‘toxic nice guy’ narrative into a lot of Whedon’s work, the fact is, Buffy had some genuinely GREAT sections, and really did speak to a LOT of folks. And it’s not like either Gibson or Whedon ever WEREN’T what they are now seen to be. So it’s clear that being terrible DOESN’T mean you aren’t talented.

And, in a capitalist society where your societal acceptability is tied directly to your perceived revenue potential, talent == $$. You (and I) are bothered by Gibson and Whedon. Millions of others either a) don’t know, because they don’t pay attention to anything like pop culture news or b) don’t care. Those two categories outweigh ours by several million dollars of potential box office/ratings/ad dollars.

increasingly news and experience tells me that the whole “auteur” idea in tv/film/video games needs to be taken out back and shot,