They are not invisible, just hard to see. Take any office xerox and look close around the edges. You can see them with the naked eye, though a magnifier makes it easier.

Black-and-white is not necessarily the same as grayscale though. In true black-and-white, there’s no such thing as “light-gray”.

To be fair, I’m guessing that aforementioned “black-and-white printer” or “black-and-white scanner” would really be doing some level of grayscale, if only for anti-aliasing purposes. The suggestion to “convert to black-and-white with an image editor” is a better one, and sounds like what you’re suggesting as well.

I would be suspicious of any color printer. Period. And as I said before, there is certainly the possibility that the B&W printing systems now have something similar

The suggestion to “convert to black-and-white with an image editor” is a better one, and sounds like what you’re suggesting as well.

I suppose even better would be to “convert to black-and-yellow”.

One copy won’t work, but a copy of a copy of a copy, etc. will get you there. Noise is added that I think enough generations of copying will obfuscate the dots. It’ll also make the words harder to read, but humans are good at that sort of thing.

the printouts contained invisible dot patterns added by the printer to identify the worker who sent the print job.

I think this is vastly overstating the forensics work required here.

This tweet storm summarizes what likely happened quite handily:

No offense to the subject, but it sounds like the name of a thoroughbred. “Reality Winner by two lengths! Let’s go get a mint julep.”

Anyone else kind of sad that someone working for the NSA just wouldn’t know this. I mean I knew this, I thought most who were the least bit technically savvy knew this shit.

Yeah, in The Lives of Others (set in East Berlin) the main character receives some help in obtaining an untraceable typewriter.

Anyone else kind of sad that someone working for the NSA just wouldn’t know this. I mean I knew this, I thought most who were the least bit technically savvy knew this shit.

They were a contractor, and it’s unclear (at least last I read) what they actually did in their job capacity. Since they spoke numerous ME languages they may have been a translator or interpreter which could certainly afford them Top Secret clearance but not OPSEC smarts.

Aha! I think we’ve hit upon the real reason that Astrobright copy paper (supposedly) fell out of favor. 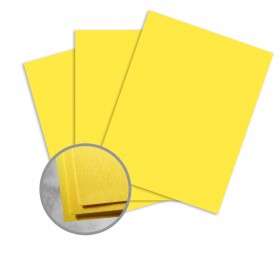 So far as I know all or most printers for at least 10-15 years. Black and white, lazer, ink jet or what have. Photo copiers too IIRC. All do it. Yellow would be less noticeable but black microdots are still black microdots.

I think I also heard it was an anti-counterfeiting measure. If everybody could print their own money, the 1% would only be the 10%.

Its really just a watermark/microdot pattern that ties a particular piece of paper to a particular printer. Counter to what Cory says there’s nothing that’s designed to identify a particular user. Some of them supposedly contain the same sort of geo-location data you see in digital photos. But given she used a NSA computer and NSA printer their own IT crap would be enough to figure out who used that particular printer and to print what.

I wonder if these dots are unique to the printer, or the user?

So far as I know the printer, unless the NSA is doing something different.

And each copy will get its own series of little dots. You might be able to muddy them by using different printers and copiers. Bunch of overlayed IDs that become impossible to untangle.

This is awful advice. If you convert the document to black-and-white, the dots will still be there, they will just be light-gray instead of yellow. Still very well visible, at least on a white background. You will have to mess with contrast, brightness, levels or stuff like that if you want to get rid of them.

That doesn’t really make sense. The yellow dots aren’t hidden in your Truetype files. They’re added on to everything you print during printing. So yes, if you take a document and print it and then scan it back in so you preserve the yellow dots, and then convert to monochrome and print on a b&W printer, you will see grey dots. But who would do that?

But they spotted the dots of the what-she-did.

I know right? IIRC its chiefly the sort of person who knows enough about this shit to not keep it stored on their home PC. But not enough to know about printer watermarking of any sort. Thinking being, if I print it out and keep it in a folder under my bed. And scrub the computer… Or just the sort of idiot creeps who just like printing shit out and mailing it to people. For fun and profit of course.

Those terminals require you to have your chipped ID in a reader whenever you are logged on. And you don’t get to just use any old printer. What amazes me is that any reasonably bright person could ever think that they could get away with such shenanigans.

I saw (or read… naw probably not read) a thing about black micro-dots being used to ID a kidnapping torturer because he sent taunts to the cops or the news printed from his home printer. When they narrowed in on him in other ways, the micro-dots on the taunts were matched to his home printer.

Thing is, these identifier-dots are printed near the very edge of the paper.

Physically scissor off the margins is the best way to get rid of subliminal yellow dots or black micro-dots.
Being that dots are usually close to the edge of the paper somewhere - literally cutting off paper where the dots will be is the best bet for getting rid of them.

Though in this ‘leakers’ case - she printed at work and apparently they have records of who printed what+when… They would’ve caught her even without the dots I think.

The best name ever for someone who landed a blow on Trump by disclosing the truth.

Is there any suggestion that she thought she wouldn’t get caught? Maybe she holds her values above her freedom - a true patriot.

Y’know, @doctorow sometimes (often?) gets grief around here for what some see as hyperbole or exaggeration, but to be fair this is exactly what he was posting/warning about nine years ago:

HOWTO read the secret forensic dots in your laser-printer output

HOWTO read the secret forensic dots in your laser-printer output

This present article is by Rob, not Cory.