The American working class has to save every red cent just to pay for their kids’ education, since there’s less and less lucrative employment for those without a college degree

This is entirely an artifact of the banksters creating accessible debt via eliminating default, thus enabling colleges to put prices through the roof claiming that the middle class could afford it using debt.

With $15 beers everyone can easily afford.

RAISES HAND I am approaching this exact same situation. My 17 year old will be hitting college in a year and we are desperately working on her ability to hopefully get an athletic scholarship to support it. My oldest son will be hitting it college in 3 years time and then I have my youngest approaching it in 8 years. We have an aging house that we need to start doing work on, but between my spouse’s college debt and two car payments still, plus soccer and basketball fees, cost of living, perhaps 1 vacation every few years if we are lucky…yeah, its crippling.

And we have well paying jobs with good benefits as a web developer and a school psychologist.

What this person either doesn’t understand or does and is ignoring for the sake of trolling is that it isn’t just HAVING money to invest…it’s also having the additional means to absorb losses. When you or I do have a spare $1500 or even $15,000 lying around, we cannot afford to risk losing it in a financial venture in the market. Someone with a spare $150,000 or $1.5 mil, can diversify those funds between aggressive and conservative market segments and not worry about losses.

I agree with one of Nickle’s points back there. Taxation is going to pensions of tax funded employees. But that doesn’t speak to those who are decades away from drawing a pension (if they will get one at all) and who cannot afford rising rents where the billionaires snapped up properties after the crash, and those properties have turned from occupancy owned to rentals. If you don’t have national healthcare, that’s a disaster with a similar impact.

The rent is too damn high. That’s what’s going on.

The troll theory sounds right though.

Someone with a spare $150,000 or $1.5 mil, can diversify those funds between aggressive and conservative market segments and not worry about losses.

This is a huge point. You don’t even have to diversify between aggressive and conservative, you just diversity your aggressive ones. If you’ve got $1000 and someone offers you a $1000 lottery ticket that has a 10% chance of paying $20,000, you can do the math and say, “Wow, that’s an incredible return!” but the flip side is a 90% chance of not being able to eat. The guy with $100,000 can buy 100 of those tickets because of the law of large numbers* says they can’t lose.

Billionaires get to invest 100% of their income (with very slight rounding) in the middle class investment might be negative.

* For those not in the know, there is an actual mathematical law that is called “The Law of Large Numbers” and it really does apply here (though it says something nuanced about convergence of sums of probabilities, not something crass about have big money). Though they can lose, it’s just that it became a very safe bet.

You’d think maybe…just…ya know…maaaaayyyybbbbeeee…it’s like I work in finance or something.

do go on, we don’t hear enough about pensions these days.

though it says something nuanced about convergence of sums of probabilities, not something crass about have big money

Perhaps they’ll overshoot and land in 1789?

How long do we have to wait for the New New Deal?

After the Greatest Depression. It’s gonna be 'uge.

And that will be very soon.

And it will be enough to spur on a rebellion against the trillionaires. This book may provide a start.

My 17 year old will be hitting college in a year and we are desperately working on her ability to hopefully get an athletic scholarship to support it.

You’d be better off getting her scores and grades up. We were all in on the competitive School rat race, and after being flat denied from his early decision School my son discovered that several schools in beautiful places that he’d like to be were offering him enough merit money to make it comparable with going to Rutgers our state flagship. He’s now a freshman in the honors program at an out-of-state flagship University and loving it.

In addition to what everyone else has said, I’d like to ask you some questions. Are you wealthy? If not, why not, if it’s so easy to invest?

If you are, were you born into a wealthy family or did you work real hard and invest strategically to become wealthy? If so, congratulations, you’re a statistical anomaly attributing success to skill rather than opportunity and privilege.

The American working class has to save every red cent just to pay for their kids’ education,

It would be nice if those red cents could be put in a cash account of some sort and earn a decent interest rate. The choice the working and middle classes have now is between under 1 percent cash investments, or the equities casino.

Now, who benefits by that, and why has it not changed in ten years??

And [a Depression] will be very soon.

I’m going to admit to something shameful: I voted for W Bush. Twice. I did it because I thought he would create a depression and reset the wealth gap in the United States. But the thing is, super rich people were a step ahead of me. They knew their history, recognized the threat, and developed countermeasures.

It’s like something from the old djinn stories. I did get my wish, but the Great Recession ended up utterly destroying me financially and was a massive boon to the wealthy, who might have lost in absolute terms in the short term but gained in relative terms and then ate up all the follow-on growth.

The tech industry is much larger than it was yesterday 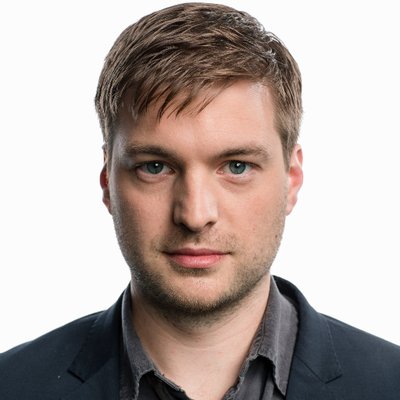 Here's @adamjohnsonNYC putting the gigantic Pentagon budget increase that no one in DC cared about into perspective fair.org/home/outlets-t… https://t.co/tqigjGcihj 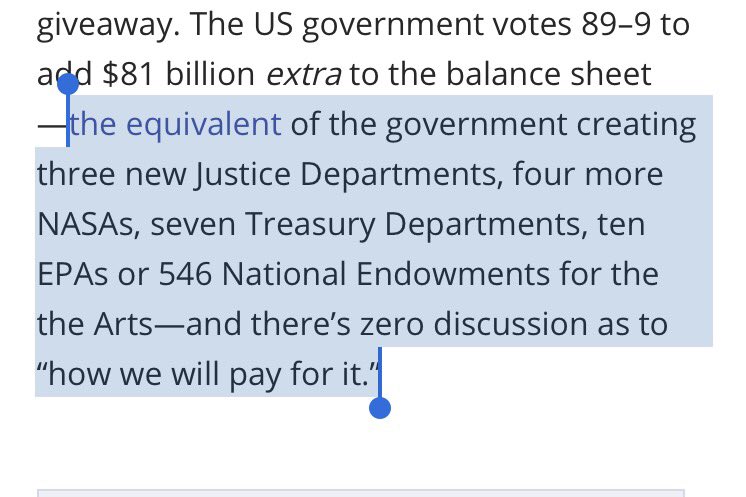 It takes a soldier to fire the gun
To make it you need a working man
To feed him the farmer will plough the land
It all goes hand in hand.
But to feed the soldier and the man
Who makes the gun, you need more land,
And to get more land of course
You need a soldier.