Wow. All those years of phonies and trads bitching about Abstract Expressionism and modern art have now come full circle? This is kind of amazing.

By the way, Stravinsky’s Rite of Spring also makes me want to destroy an opera house.

I like his stuff. It has survived history and it is art. There are a lot of classical landscape and portrait artists that I find meh, but you know I don’t hate on them cause it takes a lot of work to do that stuff well and it is beautiful art but just does not make me go ooooh nice.

As a person that worships the alter of Ives (I.e. I really enjoy modern symphonic music) Stravinsky can suck it, the talentless hack.

Wow. All those years of phonies and trads bitching about Abstract Expressionism and modern art have now come full circle? This is kind of amazing.

There is a wave of popularly acceptable art that follows us with some delay. Everything newer is talentless hacks and everything older is pointless kitsch. Impressionists stopped being scarily modern a long time ago and now they are bad again.

I’d rather eat an enormous bowla’ choad than listen to another Stravinsky Vomit fest.

And Renoir is alright.

Yeah, but Stravinsky’s music is better than it sounds.

I found a high quality, barely compressed version of Rite of Spring on YouTube.

Renoir’s not really my bag, nor any of the Impressionists, but going to France definitely gave me an appreciation for their work. The light there has a special quality, just as the light in the American West does, and these artists attempted to capture that.

We have moved forward now, but these artists really broke ground for art to not be purely representational. It may look trite now that it’s been reproduced on t-shirts and coasters, but when it first appeared, it was radical.

It says a lot for what they contributed that we do not see it as particularly daring, but rather just pretty.

And many paintings it does help to see in person, because there is texture there that’s hard to pick up from a photograph, and something that looks weird very small can have more impact in its actual size, or when seen from different angles instead of just dead on.

It is absolutely true. And really hard to describe. I’ve been lucky to go to quite a few of the great museums in the states (traveling for business… Let’s hit an art museum!) and Renoir in person is lovely.

I tend to gravitate to extremes, such as Rembrandt, cubism, Mondrian, etc., but I will pay to see a Renoir.

And many paintings it does help to see in person

Yes so so much this. Upon seeing the actual A Sunday Afternoon on the Island of La Grande Jatte in person I was stunned from the work. It went to neat thing made with all dots to HOLY CRAP THIS TAKES UP THE WHOLE FREAKING WALL AND IS AMAZING, WONDERFUL, BEAUTIFUL!

And many paintings it does help to see in person, because there is texture there that’s hard to pick up from a photograph, and something that looks weird very small can have more impact in its actual size, or when seen from different angles instead of just dead on.

Wanted to add another “I agree”. And slightly off-topic:
I’m not an art critic, so as only a general plebeian wandering around a chosen gallery - I find it almost overwhelming at times both in an emotional way with beautiful art, but also in the sense of trying to absorb it all.
Last year we went to Florence and by the end of the week… it was most certainly a lot to take in. But in a good way.

On topic, that person that chimed in on the forum with regards to how much money Renoir paintings have sold… Wow, that was bad. I mean Thomas Kinkade?

He clearly does not suck at art or painting. Painting is a lot harder than it looks for a start. What one is really saying is “I don’t share his (or his appreciators) taste”. Which seems good excuse to link to Zak Smiths rather interesting article http://zaksmith.tumblr.com/post/107546756753/e-worst-critic-in-the-history-of-the-world

Stravinsky can suck it, the talentless hack.

And he’s such a sellout! Hawking Cadbury Eggs:

As a painter, I am touched by the responses here – not so much about Renoir, but the realization that painting is indeed hard work, at least under the very general heading of Realism.

I can’t tell you how much being bombarded by “look what I did” or “I’m an artist, too” messages from Drink and Paint attendees can really bring you down. 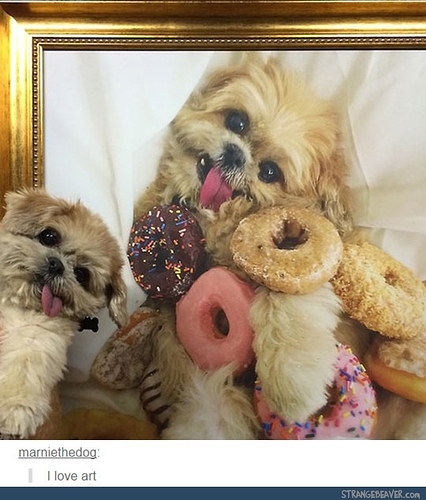 I’m a Bougereau man myself.

“But nothing described as “just a phase” is ever just a phase, is it?”

That’s what they said about pet rocks.