Orders of magnitude! Spare me the apocalyptic language please.

Look. My phone has a maybe 10 Watt hour battery. Suppose charging is 50% efficient so it takes 20 Watt hours to fill it up. If I spend an extra 100% energy, I am wasting another 20 watt hours.

That extra energy is about what it takes to run the small burner on my electric stove on for 1 minute. It’s about equivalent to leaving my efficient LED room light on for an hour. We are talking TINY amounts of energy compared to heating, lighting, running my desktop computer, etc.

If we want to save energy let’s start with the big, kilowatt-order consumers before we start hyper-optimizing phone charging?

And let’s not forget about the cost and ecological disposal disaster of having to repeatedly replace USB cables because the spring clips have failed (again).

I have tossed so many micro USB cables over the years that you could probably burn them to generate enough power to make up for wireless charging.

It seems as if we should be very concerned about charging in the car, then. Even the very best ICEs are probably putting 25% of the energy from the fuel in to the voltage at the lighter socket or USB ports. Not only that but emissions controls on vehicles are often worse than even coal plants. Talk about ecological disasters, and we’ve been doing this one for a decade or more on a widespread basis!

I do question the numbers here.

A typical coal plant is apparently 600 MW, so produces 14.4 GWh per day. So you need the energy produced by 7 coal plants to power all the world’s smartphones. I’m sure there’s some inefficiencies in distribution and peak-hour use and such, but it’s still nowhere near 147 plants.

I wonder how they got that number…

I’m confused-- should I be buying one of the BoingBoing endorsed wireless chargers or not then? Should I emulate Boss Tweed and “take power,” or OneZero’s Eric Ravencraft and eschew it?

I was about to say, the only thing this story is missing is deeply disappointing links to products in the BoingBoing store.

Yeah… fuck the earth, AMIRIGHT!!! Let’s not change anything because MUH FREEEEEDUMS!!! /s

Or, you know, we could talk about consequences of our consumption and make different choices when it makes sense. And then, maybe, even create some systemic changes that improves environmental problems that are very much going to lead to serious problems in very short order.

The issue here is that it is (yet another) product design that values convenience over efficiency. When improved efficiency needs to be the mantra for any new product design given the circumstances we find ourselves in.

Of course if all the crap gadget manufacturers from China with company names on Amazon like “AOGUERBE” and “LTDNB” (real examples) were to go to the wall, although a personal loss to the employees it would be a net gain to the planet.

You put your finger on another reason I rarely “level up” in terms of convenience or quality with new gadgets anymore. I’ve become bewildered in terms of getting reliable assurance that the thing isn’t some poorly made, crappy ripoff.

And speaking of which, how nice it would if BB were a site that recommended such wonderful things, having tested them or at least read up on reliably sourced reviews of them, instead of having become yet another purveyor of mostly poorly made, crappy ripoffs.

Yeah, while I understand the economics in play with sponsored posts and affiliate links, the increasingly massive (above the fold!) in blog view BB Store posts are becoming tiresome. I am incredibly unlikely to ever click through - unless I want to be bombarded by Amazon with even more crap gadget offers.

Still won’t stop me coming here (please Rob at al don’t add me to ‘Disappointed’), as there’s plenty of wonderful to keep coming back for.

I found that wireless charging used, on average, around 47% more power than a cable

That’s … not as much as I was expecting

If the lack of port wear leads to people replacing their phones less often, it could even still be a net win

If the lack of port wear leads to people replacing their phones less often, it could even still be a net win

a good point about remembering to look at the overall picture, but id be hard pressed to believe that’s up there on the list of reasons 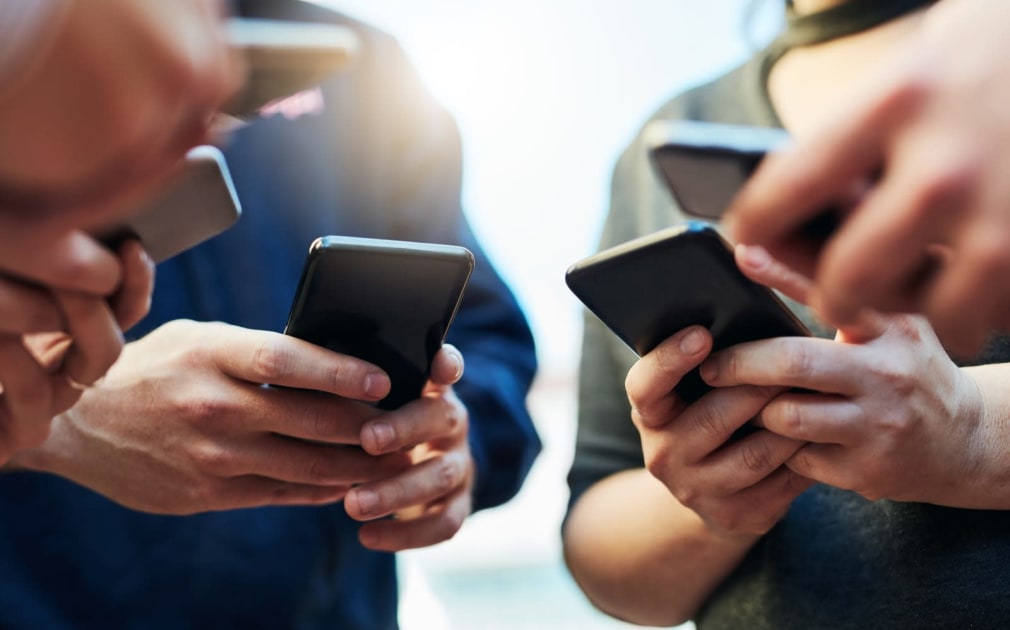 A new study released by Strategy Analytics reflects the current state of the smartphone industry. Apparently, consumers in the US -- Baby Boomers, in particular -- are increasingly delaying their smartphone purchase for three or more years. In...

while the average is 3 years, iphone users still replace their phone every 18 months – unless iphones are that shoddily built, it’s still largely about the new fins on the cadillac

Even the very best ICEs are probably putting 25% of the energy from the fuel in to the voltage at the lighter socket or USB ports.

Citation needed. 1 HP is approximately 750W, and I doubt your typical lighter socket is going to allow more than 1-2A of current draw at 12V. Unless you’re powering your car with a model airplane engine, I highly doubt that the draw of a cell phone charger is going to have any measurable impact here.

If we want to save energy let’s start with the big, kilowatt-order consumers before we start hyper-optimizing phone charging?

We need to develop a new mindset here: everything counts, so we need to do both. Let’s start with the small change we can make now, and work on the larger change. I’m sure you can keep both in mind at the same time.

It doesn’t matter if the phone uses 1W or 100W to charge. Effectively every single watt of electricity that comes out of the lighter socket in that car started life as gasoline (or diesel), and was converted at some point by the engine to motive force, electricity, noise, and a lot of waste heat. If there was some magic amount of energy below which you could draw power from the lighter socket without changing the fuel consumption over time, you would have found a way to violate the Second Law and made yourself a perpetual motion machine.

The amount is difficult to measure, it’s true. That mostly comes down to the fact that driving around uses such massive piles of energy. It doesn’t change that all of the energy came from the liquid fuel, at whatever conversion efficiency the engine has.

It’s starting with phones. But what is next ? What other gadget will use the same wasteful (in energy and materials) tech ? Headphones ? Tablets ? Electric cars ?
Even if it was 90% effective it would be bad, we need to REDUCE our use of energy and materials, not farting continuously electronic gadgets until we all burn the planet.

I never once stated or implied that the energy used to run a car’s electronics is somehow magically generated out of the ether.

Even the very best ICEs are probably putting 25% of the energy from the fuel in to the voltage at the lighter socket or USB ports.

And now you’re moving the goal posts with this:

The amount is difficult to measure, it’s true. That mostly comes down to the fact that driving around uses such massive piles of energy. It doesn’t change that all of the energy came from the liquid fuel, at whatever conversion efficiency the engine has.

I am not saying you’re wrong, I’m trying to understand how you’re coming up with this 25% figure because it doesn’t make sense to me.

I decided to run some numbers together to compare this to driving a 27MPG car (the North American highway average), mostly for my own perspective.

First let’s figure out how much energy a person might waste in a year wireless charging their phone. The iPhone 11 has a 12 Wh battery. Let’s assume 2/3 usage each day, 8Wh. Make the charging half efficiency, so we’re using 16 Wh each day. Total annual use at that rate would be just under 6 kWh so let’s round up to that. That means about 3 kWh wasted each year. (side note: around $0.36 worth at local pricing)

Now to the car. 27 MPG means we’re burning a gallon of fuel in (obviously) 27 miles. Each gallon of gasoline contains 33.7 kWh by EPA numbers. According to several sources (Toyota, DOE) gasoline engine efficiency is just over 20%, but let’s be generous and call it 25%. That would mean 75% of that 33.7 kWh leaves the car as heat, or 25 kWh, a total of 0.93 kWh per mile of waste heat.

So now our numbers are pretty straightforward. The waste heat put off by wireless charging your iPhone for a year is about equivalent to the waste heat from driving three miles on the highway in an average car.

Conclusion for me: there’s a lot of bigger fish than this that we should probably take on first. I’d go for space conditioning, hot water, and transportation, in no particular order. Maybe the path forward is to get a reasonable efficiency target from the folks at Apple and Qualcomm, then set that as a minimum requirement for Energy Star listing and UL certification. It wouldn’t stop all the cheap crap sold by Amazon but would at least help for the stuff sold at retail and the branded stuff.