TIL I learned the word “pozzolanic”.

Pozzolans are a broad class of siliceous and aluminous materials which, in themselves, possess little or no cementitious value but which will, in finely divided form and in the presence of water, react chemically with calcium hydroxide at ordinary temperature to form compounds possessing cementitious properties.

TIL I learned the word “cementitious”.

As the saying goes, Roman building materials were not made in a day. Or something like that.

Roman concrete was a discussion on a science podcast I listen to. They mentioned that metal rebar is a major point of failure in modern concrete. It slowly oxidizes, expands and causes cracks.

They mentioned that metal rebar is a major point of failure in modern concrete. It slowly oxidizes, expands and causes cracks.

Yeah, but you really do need rebar for modern concrete structures though. I wouldn’t want to drive under a highway overpass built with unreinforced concrete. Even if it was the best Roman concrete.

Stainless rebar is an effective option and has been successfully used in concrete piers that have lasted decades. It’s expensive though.

As a result of these successful tests, the team is working to commercialize this modified cement material.

I reckon they will have a problem with prior art if they seek to patent it.

TIL I learned the word “pozzolanic”.

TIL I learned the word “cementitious”.

I reckon they will have a problem with prior art if they seek to patent it.

The process is a novel one, so patenting it shouldn’t be an issue, but yeah I’m sure where there’s money to be made there will always be IP poachers coming out of the woodworks. 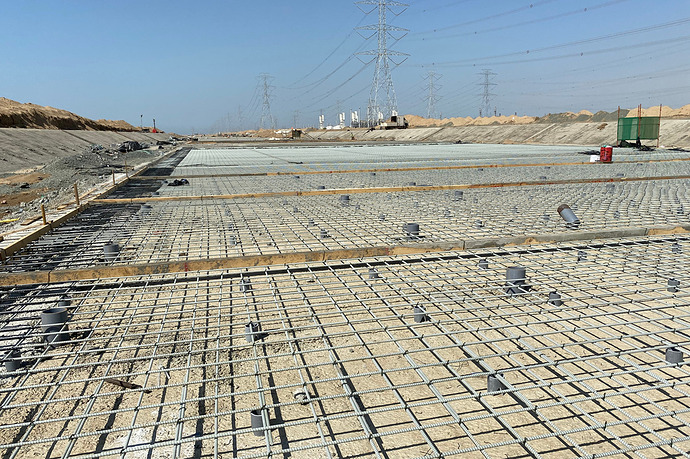 I’d like to know why concrete sidewalks/slabs that were poured over 50 years ago have a nice color/patina to them and few, if any, cracks, but concrete that’s been poured in the last 1-2 years has an ugly color and already has cracks. I see this all the time. It’s like the newer concrete is crap, while stuff that was laid down in the 50’s is still looking pretty good, even if it’s not up to Roman standards.

I think they might have had this same discussion on a few episodes of Well There’s Your Problem.