Interesting that artists are cashing out like this. I guess they prefer to have more conventional investments rather than managing their catalog like an investment.

I wonder if older artists like Springstein are thinking more along the lines of passing along a more conventional estate to their heirs rather than a back catalogue of titles and mess of contracts or deals that are a byzantine maze to navigate and capitalize on.

I see it like winning the lotto. You can take the lump sum now, or get paid over time. For something like pop music, it’s probably better for them to take the dollars now.

It’d be cool to compare this chart’s metrics with an age/music-listening device graph to see if the majority of Spotify users are mostly a certain age or that old peeps simply listen to things via an old school way. Be kind and rewind!

Are users really choosing to listen to these artists at this frequency? Or do most users use a (probably bastardized) shuffle feature such that these are the artists the service is “feeding” to listeners?

I don’t think I’ve ever heard a Bieber song.

What a bieber, anyway? 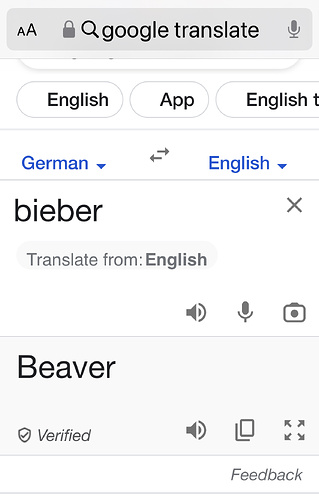 I am just surprised that Taylor Swift is not at the top. I wonder if this is because she makes a big deal out of physical releases of her albums, with several different versions, etc. Doesn’t seem like it would impact streaming though - her fans still have Spotify or another streaming service while mobile. Maybe a larger % of her listeners use Apple music?

Didn’t swift kick herself off spotify for a while? I guess that’s not in effect anymore, but she is pretty shrewd in her dealings, so good for her. She’ll probably be in her 70s by the time she cashes in her chips, which, btw, she’s still very much making.

Bieber - something that Biebs

My daughter (23) and I (60) have overlapping musical tastes and somewhat diverging listening modes. She prefers Spotify and YouTube, where you can curate your track lists, while I like the spontaneity of live radio – you get what you’re given. But we both enjoy a wide range of music; R’n’B, Bossa Nova, Blue Note jazz, classic pops.

I listen to classic FM on the drive to work or radio 4, till its time for “Thought for the day” at which point i switch to classic FM, as there is no way i am having the state mandated god 15 mins pushed down my throat every day. The car is the only place other than the gym i listen to music.

Is the headline for this article written wrong, or is there some jargon in the music business of which I am unaware?

I wonder if music catalogs will ever reach the point that they are divvied up and sold as “shares”. “My Bieber stocked TANKED since he got that DUI last year”. Or, “folks, Kate Bush is a huge BUY right now, we heard a rumor they’re putting her song in Stranger Things 4.”

Interesting that artists are cashing out like this. I guess they prefer to have more conventional investments rather than managing their catalog like an investment.

Yah it is quite a departure from how it used to be, with artists fighting tooth and nail to get and hold on to their rights. I guess with the modern music landscape being so complicated, it’s worth it to farm that out to someone else and take an amount of money that is more than anyone can spend in a lifetime anyway.

I imagine it’s still a hard decision for them though. Giving away all future rights to your life’s work can’t be easy, even for numbers like that. It’s an emotional thing, and these people are already infinitely wealthy anyway so the money is just more ivory back scratchers.

Hypognosis is an investment trust. The lower price paid for Biebers catalogue might be due to the fact that it’s not been doing too well recently - the share price is massively down, even compared to the IPO price.
Their claimed asset value is double what people are willing to pay for it, so they’re going to be more stingy than a year ago

If you look at it purely from an investment strategy standpoint (not that I think these artists do look at their life’s work purely as an investment strategy), it does make sense. When the artist is younger, the future value of their music is still unknown and to a significant extent in the artist’s control. That means that anyone willing to invest in their catalog will want it at a discount, and if the value does stay high/go up, it will largely end up being because the artist is doing work to benefit someone else.

However, at this point in life an established artist (like Bruce Springsteen) has proven his long-term value and investors are willing to pay for a relatively safe investment that they can be confident will remain valuable for the remainder of the copyright. Springsteen himself, on the other hand, has little reason to believe the value of his catalog will significantly appreciate in the future, and he doesn’t really have any power to affect that value (other than to diminish it through poor personal decisions).

The listener chart is interesting. I wonder what period it covers. I’d also be interested in seeing how it changes over time, and how it compares to Top40 artist compositions. I suspect it’s slightly more diverse than Top40 radio (in terms of # of artist active at one time, but possibly also genre)

50 million a month listeners is … probably a very hard bar to break. Saying it like “Just” this many… I’d wager if we could measure it world wide throughout all of history all the way back to the start of the modern radio era, we would find a similar percentage of people getting 50m listeners.

Even if we scaled it for current world population at the time, I still suspect we’d see fewer, not more listens.

While spotify absolutely does rip off artists, I don’t think there’s been a better time in history to hear whatever artist you want and whatever song you want. For the listeners, it’s probably easier than ever.

I remember being a poor kid and trying to wait until a song I really loved came on the local radio so I could record it off, and silently praying the DJ wouldn’t heckin talk over the song.