For the next step up, it’s worth investing in a Vitamix. It’s incredibly versatile, and the motor is so strong some recipes use the friction of the blades as a heat source. Clean up is easy too: throw in soapy water and crank the dial to 10. 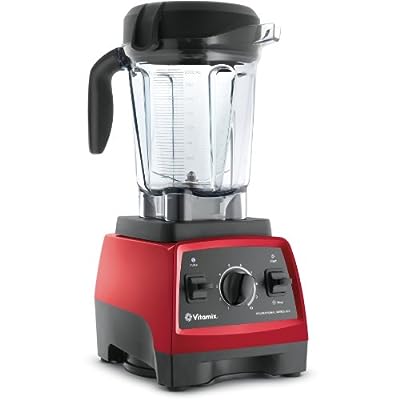 The problem it solved for me: get produce in my mouth.

And ad dollars in your pocket?

And ad dollars in your pocket?

I am pretty sure they have explained that as far as Boing Boing is concerned, all ads will be marked as such, but it is only an ad if it is paid directly. This is just shit editorial content that happens to be built around an affiliate link. Probably ironic.

This review prompted me to order the 900 series model on Friday, and it arrived this afternoon. I am now full of liquid vegetables.

Which is better than it sounds. I’m impressed by the build quality, and the short work it made of everything I threw in it (greens, half a carrot, a broccoli floret on a long stalk, half an avocado, 1/2 handful each of blueberries and black raspberries, chia/hemp/flax seeds). The mixture got a bit warm, so I’ll add ice or frozen fruit. As someone who gets bored/lazy easily, there’s a lot of potential here. I can turn anything into an emulsion! Pears, green things, ginger, kiwis, pizza, hot wings…endless possibilities.

And, of course, there’s the concomitant semi-culty NutriBullet Cancer-fightin’ Weight-losin’ Healthy-bein’ Lifestyle language in much of the included literature, but, what the hell…if I’ve dropped 20 pounds by October and look 10 years younger, I’m all for it. If not, I’ve got a cool gadget that does exactly what it says it’ll do.

I love mine, but I pretty consistently have issues with liquid leaking even when I keep it below the fill line. anyone figure out a way around this problem?