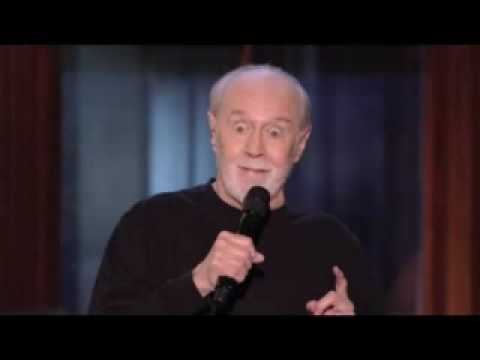 Brilliant. And there’s no fires to build or nails and rusty metal around, so it’s basically the equivalent of a pillow-fort anyway. 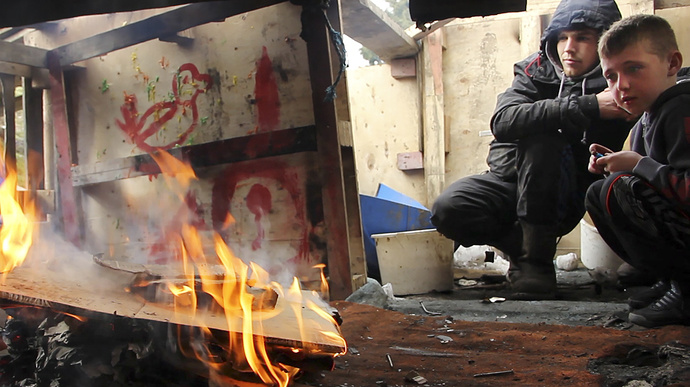 A new short documentary on an adventure playground in Wales explores "the nature of play, risk and hazard."

If that’s foam on the ground then it’s really not that dangerous. I would assume they wouldn’t allow people in if it was dangerous for risk of getting sued, although that might just be my American point of view?
My kids can make nearly anything into a weapon if their sibling is involved anyway.

Reminds me of the European concept of “Adventure Playgrounds,” where children are provided environments and materials for risky, but arguably not dangerous, play. When I’m teaching at a school with Kanopy access, I often give my (American) art education students the chance to watch The Land, a short documentary about one such playground, to get us talking about different constructions and assumptions we adults have of children, their learning needs, and the dangers they do and don’t face. 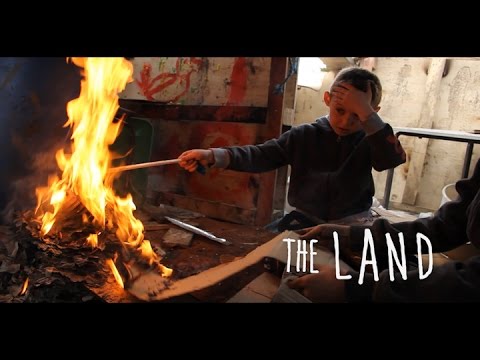 I think the difference be tween this playground and the one in Berkeley featured on BB a few months ago is this one was built according to current playground codes.

My kid is 37, I would have let her play in this one but not the one in Berkeley.

I would have supervised from a distance. 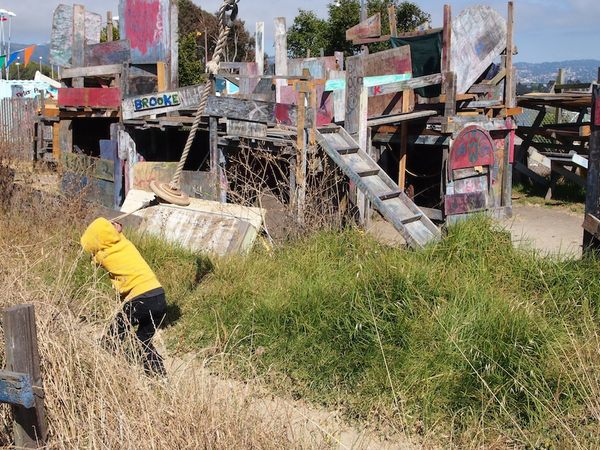 A playground built by the kids that is a child's wonderland, and a helicopter parent's nightmare.

From the article, it seems to look a lot more dangerous than it actually is. Risk level of scrapes and broken bones rather than permanent disability or death. My biggest concern would be concussion.
That said, this would certainly make my anxiety as a parent spike. I already have issues with that and I wouldn’t be successful hiding it in such an environment. I’d let my spouse take the kid. Maybe with a helmet.

I would totally let my kid play here. She takes risks when she’s playing, but she’s not silly about it. I played with worse, as did my friends, and we survived. Well, until some of them got cars and motorcycles, anyway.

I don’t have kids so I have no idea what that’s like. I do have cats, and all of their toys come with ‘do not allow unsupervised play’ on the packaging and, have you ever used a cat? they’ll play WITH the packaging, and hide toys in the ceiling fan light fixture.

Whenever these articles come up, the vibe I get is that parents used to be just like shrug I let the kids outside and they come back eventually, and now it’s like, “oh my gosh my kid could hurt themselves walking out the door!” Where did that perception come from and how did it change?

As long as those big rocks are stable and won’t fall over and crush anyone, they should be fine. Kids should get scrapes and bumps; it how they learn to assess risks.

I’m a late stage boomer, grew up in a semi-rural area, and it was a case of “open the door in the morning and let the kids out. They’ll come back when they’re hungry”. We climbed cliffs, engaged in some risky behaviour around railroad tracks, explored abandoned buildings, hiked over hill and dale, and nobody even got any broken bones.

I played with worse, as did my friends, and we survived.

Provides so much comedy material, too!

Sand pit? We played over asphalt. If you fell off the monkey bars and landed on your head, it would be game over!

All that metal equipment baking in the hot sun, burning our hands and legs as we played…good times indeed! Kids today don’t know what they’ve missed. [ELVIRA KURT - Giggles Comedy Agency] [Godfrey - Playgrounds Were Designed To Kill Us]

Sometimes that works out, other times not so much. 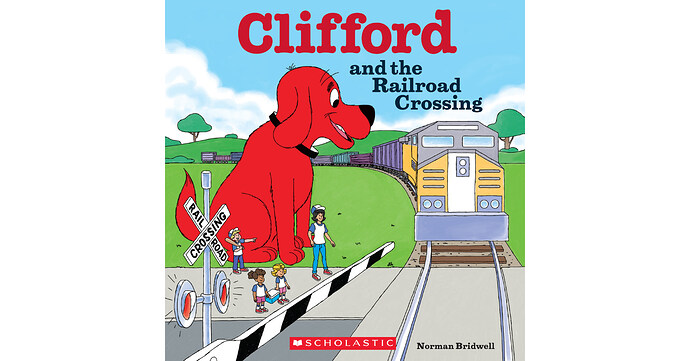 About Every Five Days, a Child Dies From a Train Collision

/PRNewswire/ -- In 2017 alone, 75 children ages 0-19 died because of a collision with a train. These collisions occur both at railroad crossings as well as...

Believe me; I only did it once.

The rub with safety is that we’re optimizing the edge cases now. We got rid of the lead and the lawn darts and the other obviously bad stuff long ago. Now we’re doing the small stuff. However at population scales, it isn’t that small.

Growing up, we had gravel in our playgrounds and they were made of wood and steel. We loved them and they seemed great. Nobody we knew ever got seriously hurt. However, the stats on those playgrounds might be that 1000 kids a year got concussions from falling (I made up that number, but you’ll get the idea here). So it’s unlikely any one person will know a kid who got hurt so to you it seems like a non-risk. However to one of those 1000 kids and their families, it could be a life-ruining experience. So we make laws to protect anyone from being one of those kids.

The more edge-case the protections get, the more ridiculous it seems to the people comparing against their own life experience. However this is how safety regulation is. There is no doubt a point where it does go too far, but that point is not as obvious as some folks (like Mr. Carlin) would have us believe.

As for the whole “kids are too coddled today” line of argument, as far as I’ve seen that’s all based on personal feelings (usually from people without kids) not any actual data on child raising outcomes.

I’m told that there is a Swedish saying to the effect that “A childhood with no broken bone is no good childhood.”

I suppose parents in the US incline to be risk-averse not so much out of concern for the health and well-being of the kid so much as the fact that a childhood injury or two could bankrupt the whole family.

“Yes, dear, your father and I felt it was right to let you take risks and I’m pleased to say that you had a rich, fulfilling childhood as a result. Unfortunately, MediConglom Inc. took our life savings, which is why we all now live in this cardboard box under this bridge.”

Kids should get scrapes and bumps; it how they learn to assess risks.

Agreed. Risk, or at least the perception of risk, is good for children’s mental development.

to one of those 1000 kids and their families, it could be a life-ruining experience.

I am too good at imagining the bad things that can happen. I work hard to minimize my issues because they really are my issues.

Where did that perception come from and how did it change?

News media and internet. Used to be parents could pretend kids getting hurt (or abused) was a rare thing. All parents had for info was their own lives and anecdotes from others. But now we hear/read about a whole lot more bad outcomes. I think the various algorithms feed anyone with parent-type data stories about abused or injured kids. Add in a general trend towards more involved parenting and higher emotional value invested in kids generally. At least, that’s my impression. I’m sure there are studies or essays from sociologists or such with more concrete ideas.

ETA: @angusm also has a good point. It’s damned expensive to have a medical emergency, even a simple broken bone, anywhere like the US health system.

I’m a late stage boomer, grew up in a semi-rural area, and it was a case of “open the door in the morning and let the kids out. They’ll come back when they’re hungry”. We climbed cliffs, engaged in some risky behaviour around railroad tracks, explored abandoned buildings,

Came to say similar; the question always seems to be about parents letting their children do something or not, which skips over what are the kids getting up to on their own. When I saw the post my mind didn’t go to the informal unmaintained playground across the street, it went to the old disused barn I explored further away that my parents had no idea about. Worst that happened was I cut my finger on a bit of glass from an old car’s cracked windshield, no lasting harm but as you say about risk assessment, I learned my lesson.

This giant rock sits almost flush against two Manhattan buildings, and would cost a lot of money to remove.

what are the kids getting up to on their own

I would say this is almost non-existent in the US today for a child under the age of 16, except perhaps in rural areas.