Rona survives up to 28 days on surfaces: study

This doesn’t seem like a useful piece of information for the masses. So what? If it doesn’t cause a person to be infected, it’s not important. Just seems like way to scare people via a headline. Personally, when I’m out and about, I just don’t touch my hands to my face. When I get home, I wash hands.

Because saying Corona is just too much damn effort? Or because Corona is so endearing it makes you want to call it an affable nickname?

According to legend, “Rona” avoids the advertising keyword blocklists. I can’t honestly say I’m consistent in it but that was the original reason folks started avoiding “coronavirus” and “corona” in headlines.

Isn’t it funny how no matter how cynical one is, the truth is even worse?

Is there any research on transmission in heavily cash reliant societies vs. mostly cash free societies? Reporting from cash free Scandinavia here, where we get the occasional outbreak but not the overwhelming waves seen in Southern Europe.

It would be a tricky thing to test, but I guess you could select a group of of patients who had been careful in general but could not avoid using banknotes, and compare to a group who had been equally observant of general health advice but had managed to avoid handling cash in that same time period.

At the beginning of the pandemic, this was expected to be a major problem. I know of several research firms that did a lot of studies on this, getting very similar results.

Fortunately, it turns out that surface transmission is… more rare than expected, thankfully. It’s a really, really good idea to wash your hands often - but wearing a mask is way more important.

Also, @beschizza: I don’t know which is sadder; that Coronavirus is a blocked ad keyword, or that as someone who operates their own website, that editorial decisions to avoid perhaps one of the most important words of 2020 needs to be made to protect the ad revenue stream. What a horrible place for the advertisers to put the editorial staff in!

FTA, a link to its Australian source, this:

We conducted the experiment at three different temperatures, 200C, 300C and 400C, with the relative humidity kept at 50 per cent. The surfaces used in the study were stainless steel, glass, vinyl, paper and polymer banknotes, and cotton cloth. These are examples of high contact surface areas such as glass on touchscreens and stainless steel doorknobs.

A droplet of fluid containing the virus at concentrations similar to levels observed in infected patients was dried on multiple small test surfaces and left for up to 28 days. At various time periods, the virus was recovered and placed in tissue culture cells to observe if any infectious virus remained.

Not from OP, but related:

The national science agency, the CSIRO, said the research undertaken at the Australian Centre for Disease Preparedness (ACDP) in Geelong also found that Sars-CoV-2 survived longer at lower temperatures.

It said in a statement the virus survived longer on paper banknotes than on plastic banknotes and lasted longer on smooth surfaces rather than porous surfaces such as cotton.

However, the experiment was done in a dark area which negates the effects of UV light. Peter Collignon, a professor of infectious diseases at the Australian National University, said this is known to reduce the life of the virus on surfaces.

“It is a factor, and that’s why the outside is probably again safer than inside because UV light is there and the virus can be inactivated on playgrounds and things in the sunshine,” he said. 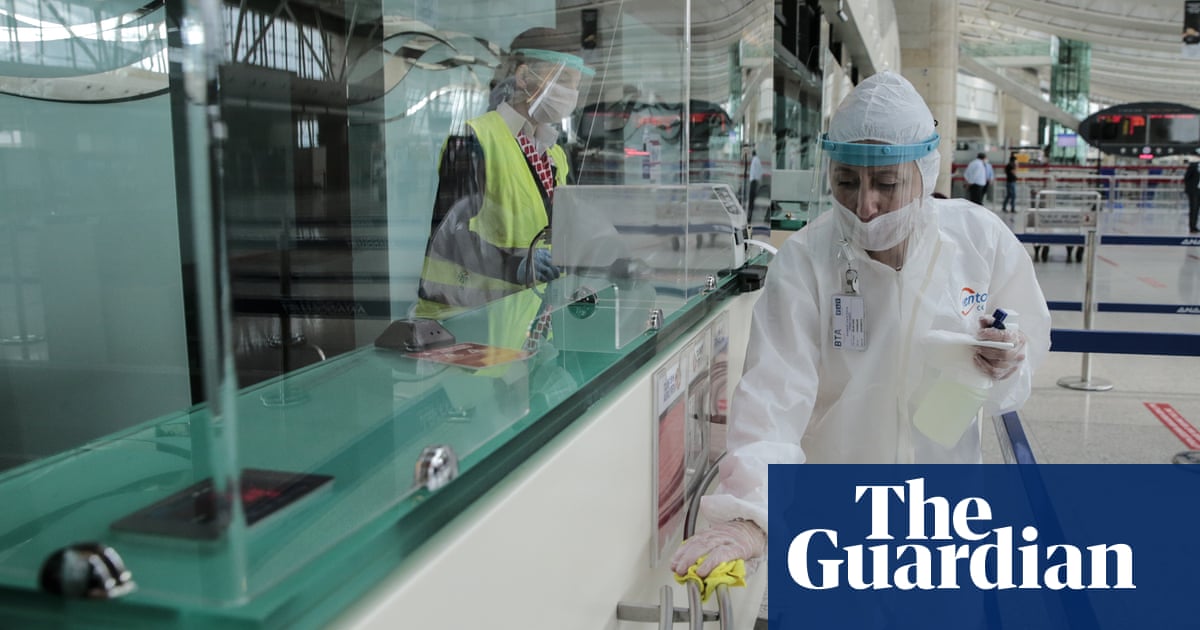 Virus that causes Covid-19 can survive up to 28 days on surfaces, scientists...

I guess I didn’t phrase the question very well. Edited.

This little idle bit should be considered in detail:

At various time periods, the virus was recovered and placed in tissue culture cells to observe if any infectious virus remained.

Once a particle the size of a virus is adhered to a surface there are remarkably few random actions which can re-aerosol it. So they probably had to carefully re-hydrate the surface and may’ve even put a bit of whole surface into their viral culture dish to “recover” the virus. That is, don’t underestimate the power of surface tension and electrostatics at that scale. (my bona-fides hail from several tedious years in a micro lab) Or said in a less obnoxious voice: if you wash your cereal boxes after fetching them home from the grocery you’re as likely to liberate some otherwise doomed viruses as you are to denature them.

Hrmm I hope my ex doesn’t read this. Every time I drop something off for the kiddo it has to be in quarantine for originally 2 weeks, now 3.

Great. This headline is going to go around now, scare everyone, create an inconsistent message, contribute to the feeling that “science doesn’t know anything” and everyone is going to start bleaching their groceries again.

Press shouldn’t even report on studies like this. It puts the job of interpreting preliminary lab or epidemiological data into the hands of people utterly unqualified to do so (ie. all of us).

So I guess I’ll keep wiping down the groceries with soap.

In comparison, COVIDiocy seems to have an unending half-life.

We conducted the experiment at three different temperatures, 200C, 300C and 400C

Divide those by 10, please, unless we’re talking about “damn hot”, “really damn hot”, and “obscenely damn hot”, none of which are applicable to human life.

I think the ° (degree symbol) got mis-translated.

Isn’t it funny how no matter how cynical one is, the truth is even worse?

Every time I drop something off for the kiddo it has to be in quarantine for originally 2 weeks, now 3.

I got you a puppy!

Correction, further down the thread:

Rona survives up to 28 days on surfaces: study boing

@j9c What the study actually said was: [ScreenHunter 121] And those are real world temperatures and of greater concern. Though as others have noted smear infections are not a major threat. A pity about all those minks that had to be slaughtered after catching coronavirus - thought to have been transmitted via human contact. It is worrisome though, that if the virus takes hold in the animal world that it is going to be around a long long time.

Thanks for this piece!

Yeah those temperatures didn’t really thrill me either.

I should have put that in the NB but in my haste to post and then quickly attend to deal with incoming phone calls, I cut it short. (It’s an election year over here, and early voting starts tomorrow in Texas; we’ve got our work cut out for us.)

For my U.S.ian peeps who are accustomed to Fahrenheit thermal readings, 220°C is 392°F and is, yes…

… and unlikely to mirror IRL conditions for most humans in most contexts on this planet… so far.

Press shouldn’t even report on studies like this. It puts the job of interpreting preliminary lab or epidemiological data into the hands of people utterly unqualified to do so (ie. all of us).

Thanks. Said it better than I would have. Here’s a crazy idea; what if there was a lab study that replicated the conditions one would expect in, say the real freaking world? I spent a couple of months deconning food because every time I approached the front door, my mind said “It will take 15 minutes. Is it really worth the risk?”.