It’s as if democracy and free will are an illusion, and the outcomes of our elections are actually determined by advertisements,

the outcomes of our elections are actually determined by advertisements

Political campaigns wouldn’t spend untold millions of dollars on advertisements if they didn’t influence the outcome of elections.

If you can acknowledge the irony in that statement you must also see, that Donald and ‘voter suppression’ ads (contrasted with ACTUAL voter suppression that is conducted by Americans) are actually the least of our problems.

Scale is your problem. A single disruptive actor can control the lives of 300 million people. For me, every problem with US federal politics comes down to scaling issues. It worked fairly well while national communications were regulated and expensive but with the free for all on the internet, exploitation by Trump like characters is only going to get worse.

I am genuinely sorry but I think the future is in smaller political units. China and the EU are both too large and barely holding together under tight central control. My own country (Australia) is a borderline case.

Neal Stephenson was right I think. Big national governments don’t have a future but he was wrong about the mechanism. He didn’t foresee reddit and google.

You may well be right about the future, but in the present, we have a system that assumes the competence of its actors, to choose a leader. That clearly failed in a most embarrassing way. Perhaps I underestimate the power of targeted Facebook advertising, but I find it hard to blame the election of such an outrageous, unsuited candidate on some foreign power that bought commercials. Ultimately, and irrespective of his/her influences, the fault lies with the voter, who is apparently getting what he wanted (assuming he stayed home or voted Trump).

As an aside, guess who will be accused of being foreign agents from now on: BLM and anyone sparking “civil unrest” (will not apply to nationalist types, given their overwhelming patriotism)… Can anyone say Red Scare?

OMG! Could Allen West and Aunt Crabby be Rooskies?

It means that, in reference to @gracchus’ remark, the Americas are not traditionally “Western”. So Russia is only one group of many who can be said to have a goal of “undermining confidence in Western liberal-democratic institutions”. Most of the groups who benefit from doing so are local.

OMG! Could Allen West and Aunt Crabby be Rooskies?

Well, Donald Trump is POTUS… so… I guess anything is possible? Wouldn’t surprise me if he suggested it.

General response of white liberal Twitter: “see, all this racial tension is just a Russian invention!”.

The Russians did intervene on Trump’s behalf, but their influence was marginal. The key reasons underlying the rise of American fascism are American, not Russian.

The Trumpists (which includes the Russians; they are not separate) are deliberately hyping the Russia story, because they know that maintaining the fantasy of impeachment muffles the chance of effective resistance.

The right-wing Democrats are also hyping the Russia story, as it diverts attention from their responsibility for American fascism. The left, especially the Black left, see what they’re doing and are pretty pissed about it.

Perhaps I underestimate the power of targeted Facebook advertising, but I find it hard to blame the election of such an outrageous, unsuited candidate on some foreign power that bought commercials.

They didn’t do it all by themselves, but they wouldn’t have bought those advertisements if they didn’t think it would have some kind of impact. That’s the entire point of advertisements.

When the election is close, as this one was, even a small amount of influence can tip the balance. They didn’t have to change the way tens of millions of Americans voted; they just had to influence the behavior of a relative handful in key districts.

Alright, so moral of the story is: Democrats need to hire Russian campaign managers? Because apparently they get results? Not sure what you hope to achieve by laying the blame at the Russians’ feet… Let me remind you they did not put Donald Trump (!) on the ballot, and then vote him into office. The American people did that all by themselves on election day.

Had the Cheeto lost, you wouldn’t be hearing a thing about Russian ads. 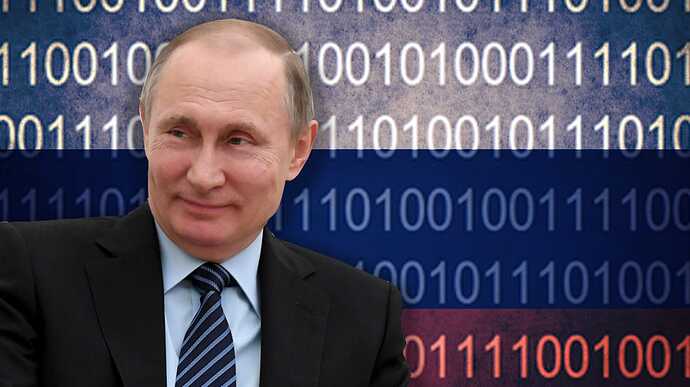 Clint Watts is testifying Thursday morning before the Senate’s intelligence committee on Russia’s interference in U.S. politics. Here’s what he told the senators.

I’m sure that someone would have brought it up.

Either as
“Hey did you know that the same networks that are attacking Madame President Clinton over Estonia shilled for Donald Trump in 2016”.
or
“Day Six of Donald Trump’s money laundering trial began when the government presented startling new evidence about Paul Manafort’s activities during the campaign.”

One of the theories circulating around was that Putin wanted a weak Clinton, and didn’t expect that Trump would actually win.

It’s possible that certain parties would not have been compelled to preserve evidence. It’s also possible that Comey and friends would have been conducting a counter intelligence investigation, with little pressure to divulge that information, because Clinton would be spending much of her time dealing with Benghazi II: The Revenge.

I put the blame for Donald Trump’s rise & viability as a candidate on America.

I put the blame for pushing him over the top to victory on Russia (and those who colluded with or failed to stop Russia).

Thousands of Russian-bought Facebook ads that the social media company is preparing to deliver to Congress reveal a very sound knowledge of America’s racial discord. With some of the ads calling for protections of gun rights, warning of the so-called...

The key reasons underlying the rise of American fascism are American, not Russian.

It depends whether you consider Hillary Clinton’s “fascism” to be materially different than Joe Arpaio’s “fascism.”

“When fascism comes to America, it will be wrapped in the flag and carrying a cross.”

Instead, we’ve got people carrying Torches, chanting “Blood and Soil”. Where did that come from?

I put the blame for Donald Trump’s rise & viability as a candidate on America.

I put the blame for pushing him over the top to victory on Russia (and those who colluded with or failed to stop Russia).

How so? Acknowledging Russia’s role in putting Trump in the White House is hardly the same thing as absolving America of responsibility.

We hope to achieve better vigilance against Russian attempts at influencing our internal politics. It’s not like “well, that’s over, no need to worry about it anymore.” They will keep doing it as long as they can get away with it.

It’s strange that Republicans are so indignant over fears that some non-citizen might’ve voted, but they are surprisingly unconcerned about a traditionally hostile foreign power trying to influence the entire election on a large scale.

Instead, we’ve got people carrying Torches, chanting “Blood and Soil”. Where did that come from?

Behind the Mask of Chivalry

Ugly Precursor to Auschwitz: Hitler Said to Have Been Inspired by US Indian...

Ugly Precursor to Auschwitz: Hitler Said to Have Been Inspired by U.S. Indian Reservation System 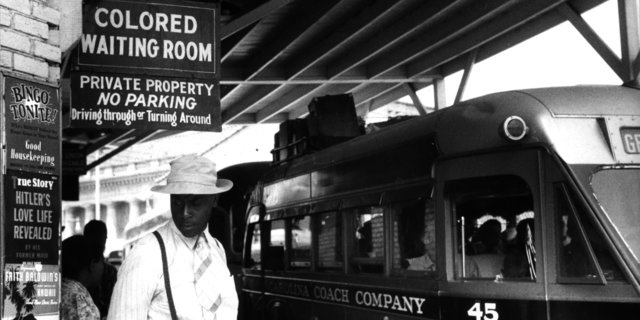 Why the Nazis studied American race laws for inspiration

Many early Nazi laws targeting Jewish people were inspired by US racial and immigration law.