The material looks cheap (obvious thing to point out considering the wallet price), but i rather like the understated design… i wonder how well it’d hold up after daily abuse. I still have a leather wallet that was given to me when i was starting high school almost 20 years ago and it’s just starting to show wear and tear. I’ve been wanting to buy an RFID shielding leather wallet, and i’ve seen some fairly nice ones but i never get around to it. Honestly i’ve just gotten rid of my RFID cards over time.

Is it just this low-res image, or did they forget the period after the D on the wallet’s front (it appears to be present on the logo within)?

It’s missing on my end too, and on my PC the resolution of the pic is fine. Also did a quick google search on ending an acronym with a period or not, and it seemes permissible to include and omit it so go figure.

Hold on, with one of these, I’d have to take my Oyster card (etc) out of my wallet to use it? No thanks.

Anyone else think they’d make more money marketing a Hydra one? 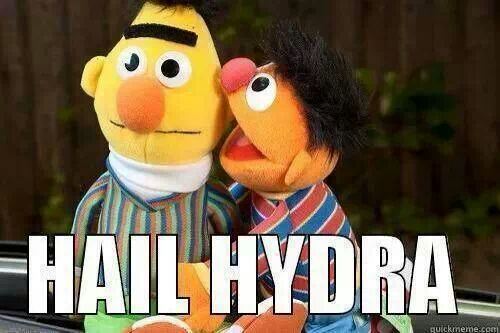 [yoda] Missing the point you are [/yoda]

I use a wallet made from a Starbucks coffee bag – the foil-laminate is extremely durable and blocks card readers, entirely.

Every time I see the modern SHIELD logo I always think it’s the BPRD logo for the first couple of seconds. Am I the only one?

“Your wallet is no-doubt stuffed with RFID-enabled bus-passes, door-cards, credit-cards and other tokens”

Nope. Not a single thing in my wallet is RFID-enabled. I’d use something RFID-blocking if there was.

There are ways, from laser cutting to manual burning with a soldering iron. Many possibilities to make the design, with the best approach being determined by a combination of the desired design and the tools on hand.

If it was a passport case I might just buy it but as a wallet that aint the one for me.

I inadvertently tumble dried my debit card, which did the trick nicely.

Also heard of microwaving the offending card for one second to fry the circuit. I wouldn’t know about that but i would assume it would work and wouldnt destroy the card. Anyone done that?

Punching a hole through the coil (severing one of the thin wires should be enough, maybe even a needle would do) will do the same job more safely. If you have a NFC-enabled phone, try if it can detect the card; if yes, you have a tool to check if the coil is gone.