I think I found a clue 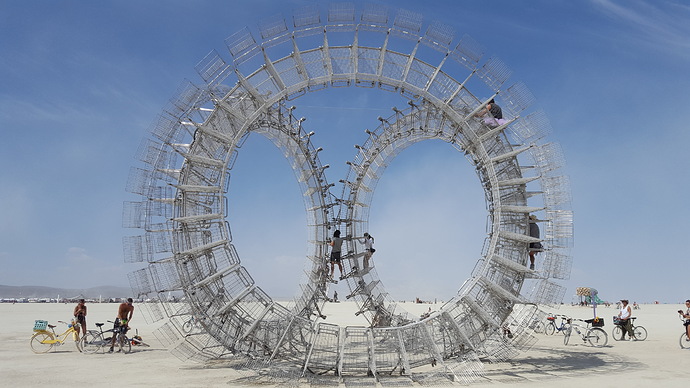 “A man with Coke bottle spectacles was seen fleeing the scene.”

I’d be interested to see a detailed study of this retail theft phenomenon. Obviously the ingredients will include homelessness, poverty in general, and the decision of local media to declare this A Story. But none of those ingredients is unique to San Francisco, and (assuming the shoplifting plague is a real thing), I’m wondering if if there is a particular law enforcement ingredient.

Specifically, I wonder if retail employees are on a de facto strike against calling the cops on shoplifters. Minimum-wage employees in San Francisco must surely be running low on sympathy for the economic plight of Big Retail, and with the recent reminders that calling the cops can amount to a death sentence, maybe there’s been a collective decision to just not do it.

they bolted vertical pipes to the cart that were taller than the exit doors.

Now I wanna steal one just to take it under the 11 ft 8 bridge.

Or being bay area, maybe there’s some hack out there for a bitcoin mining multiple graphics card shopping cart doohickey.

All kinds of crime are lower than the pre-pandemic levels. People writing alarmist narratives are choosing the timeframe for their stats carefully, because it serves the interests that own the papers.

every goddam person on this planet has slobs for neighbors.

Why not adopt a model like the e-scooter rentals, where some TechBro’s startup manages the cart corral at the store, and with an app you release a cart and that cart is YOUR responsibility… you would still be free to leave it strewn on the sidewalks and streets, just like an e-scooter and your account dinged should there be a loss…

Of course, you’ll need a smartphone and credit cart to use… but everyone has those (/sarc).

Here our carts have a chain & key mechanism on the handle that takes a Loonie, and you get it back when you slide it into another cart.

The flaws there being you don’t have to return the cart to the designated corral, just take two carts, torque the shit out of the box on the handle and then the chains/keys will reach… voila, two bucks.

What I find silly is the amount of damage done to a cart far exceeds the $1 you’ll pry out of it.

And it doesn’t even have to be a real coin. I use a Lotto 6/49 novelty coin (used for scratch tickets).

The assumption that people will be honest and careful over $1 is absurd. And yet, the store has to provide some form of goods-transport for the shopper (at least in the store).

But to leave the cashier, head to cart corral inside the store by the exit, remove your 8 bags of groceries and then what? The store says you’re on your own from here? Please wait 10 minutes until a staff member can help? Have staff push the carts out to the cars?

I’m glad I don’t own a store and have to bang my head against the wall trying to stay one step ahead of devolving human behaviors.

I’d be interested to see a detailed study of this retail theft phenomenon.

An overview of the Stray Shopping Project, an art project by Julian Montague that constructs an elaborate taxonomy that allows one to identify stray shopping carts based on the situations in which they are found.

Now I think about it, one of them would have been pretty helpful when I was moving half a ton of stone the other week…

Seems like an easy fix to simply put rails up by the exit that limited where a person could push the carts, of course it’s not that convenient when someone wants to load up their vehicle, and not to mention issues regarding people with limited mobility. As I can recall, the now gone Apple Tree grocery store in Ocean Beach San Diego had that arrangement. 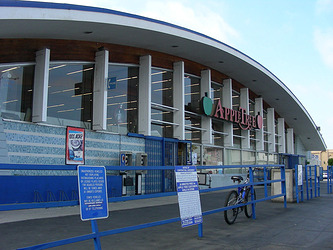 Here our carts have a chain & key mechanism on the handle that takes a Loonie, and you get it back when you slide it into another cart.

There’s a similar coin-release system on carts at some Aldi markets. But I don’t think it has anything to do with theft deterrence. It’s about incentivizing shoppers to return the carts to the designated area to get the coin back so that the stores don’t have to pay employees to periodically round up stray carts from around the parking lot. If someone wants to actually steal one it’s a trivial price to pay, and even most homeless folks could probably manage to come up with one coin.

Might it also be related to the fact that SFPD does not deal with thefts totalling less than $1000?

When I lived across the bay in El Cerrito, there was a truck that went around every morning picking up carts from all stores and returning them.

I always wondered why the stores never got the wheel locks. I’m sure they were paying the guys on the truck to get their carts back.

Maybe Christopher Moore novels are coming to life, and they’re needed for defense against vampires?

But I’m not a detective. I just have the eyesight of Columbo, the hairline of Kojak, and the anxiety of Monk.