I would say “yes”. This post isn’t actually a “story” at all, it is a native advertisement for Stack Social, an affiliate marketing scheme that gets various websites and blogs to post Stack Social’s deeply discounted offerings as if the store is run by those websites. Boing Boing calls the Stack Social offerings (which are available at numerous other websites with Stack Social affiliation) “Boing Boing Deals” and the store “Boing Boing’s Store.”

I clicked over to this post from bbs.boingboing.net thinking it would be an article with a trick I could use to make strong passwords without using non-alpha characters. I did not expect a Stack Social ad. The “Show Full Post” button did not reveal the category/ “author” as “Boing Boing’s Store” the way clicking on the “Read the post” link does, so I was surprised to find yet another deeply discounted BB Store ad for a security product rather than a real post.

Something else you should know is that when Boing Boing staff post articles under their own bylines they include affiliate links using their personal affiliate link accounts with various companies, such as Amazon. The author receives money directly from the company they link to, and in Amazon’s case, for every item you put in your cart within 24 hours of clicking on the link and complete the purchase of within 90 or so days. You don’t have to buy a single thing they specifically linked to for them to make money from the link. So, if you were wondering why there seem to be a lot of posts about rather ordinary kitchen items with a link, that’s why. Same goes for links to outragious items such as the $1200 barrel of lube.

I realize this is just an ad so there’s no reason to expect it to contain information that’s good for you but I don’t understand why anyone would use an online password manager. Seems like a disaster waiting to happen, no matter how secure the company claims to be.

An archive of the CodePlex open source hosting site 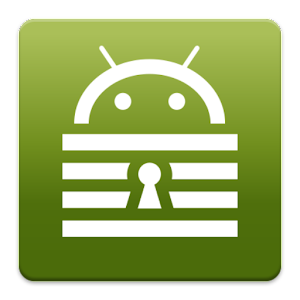 Keepass2Android is an open source password manager application for Android. It reads and writes .kdbx-files, the database format used by the popular KeePass 2.x Password Safe for Windows and other desktop operating systems.The user interface is based on Keepassdroid, ported from Java to Mono for Android. The backend uses the original KeePass libraries to handle file access to ensure file format compatibility.Main features of the App are* read/write support for .kdbx (KeePass 2.x) files* integrat...

I still haven’t pulled the trigger on that last one.

I realize this is just an ad so there’s no reason to expect it to contain information that’s good for you but I don’t understand why anyone would use an online password manager. Seems like a disaster waiting to happen, no matter how secure the company claims to be.

Anyway, each approach has advantages and disadvantages. Nothing is perfect. However, if I’m going to use a password manager it needs to be rock solid with deep understanding of security, and that understanding is something only a professional audit can insure. I’m not especially inclined to base my internet security on deep affiliate marketing discounts. But, at least this product is real does get 4 out of 5 stars from PC Magazine. Even so, I think I’ll go with the 5 out of 5 stars products, one that has Mac support, and not an “All Sales Final” deal.

What worries me about Password Boss is they use phrases like “Bank Grade Encryption” as that really feels lame. Yes, they claim to be using 256bit AES but I would like to know how they implemented their setup.

At least with a company like Last Pass they have been tested and extremely open on how their system works and they deal properly and openly about problems.

I would like to see an audit of this service.

I’m only suggesting people should consider using an offline password manager (like Keepass). Granted it’s not as convenient but it’s really not that bad in practice.

I’m only suggesting people should consider using an offline password manager (like Keepass). Granted it’s not as convenient but it’s really not that bad in practice.

When was the last time that Keepass had a security audit?

Security is generally a trade off between security and convenience. I found keepass on my mac to be way too awkward and inconvenient for me to use regularly.

I’m not finding anything definitive, but here’s what a quick search turned up:

I don’t find any evidence of an organized audit. Short of finding a firm to do it for free, they would likely need to raise funds to do so. I would be happy to support that effort if they wanted to go that way.

Security is generally a trade off between security and convenience.

Leaving aside the point that this sentence makes no sense (how can A be a tradeoff between A and B?) it really depends on what you’re storing.

A - My passwords for BB, Disqus, Slashdot - yeah, not a world ending event if they are compromised
B - My credit card numbers, Amazon/Newegg signins and Paypal passwords - not world ending if I find out about any disclosure AS bloody AP.
C - My banking and investment accounts - I want them protected as well as I do my eyeballs.

I find that KeePass, running inside my computer’s HDD (which is TrueCrypted at the root level, with a keyfile that’s not stored on the computer) is just about right. I would put all my passwords in one place on the “cloud” about as readily as I would leave my wedding band on a sink in a Bronx men’s room.

Leaving aside the point that this sentence makes no sense

Sorry, but security really is generally a trade off between security and convenience…

Simple example. Having no passwords is more convenient for me. But less secure. 3 factor authentication for every website and different random passwords for each and every website would be more secure, but less convenient.

Likewise, an on-line password vault synched across all my devices is much more convenient than a local password vault, but is also potentially less secure.

Your own choices are based on your personal choice where on the convenience/security continuum you are comfortable with. You are willing to give up some convenience (such as online storage) for increased security.

This looks pretty but i don’t see any reason to choose it over more established competition.