I outlined the long-running controversy back when Transparent first came out.

Good on her for coming to her senses; if only she had done so prior to signing on to the live action Ghost in the Shell film.

Trans people have historically been portrayed by non-trans actors

That’s true and it makes me want to know what folks here think about Ryan Murphy’s new show, Pose.

It’s the first show to feature not one but five transgender actresses in the primary roles: 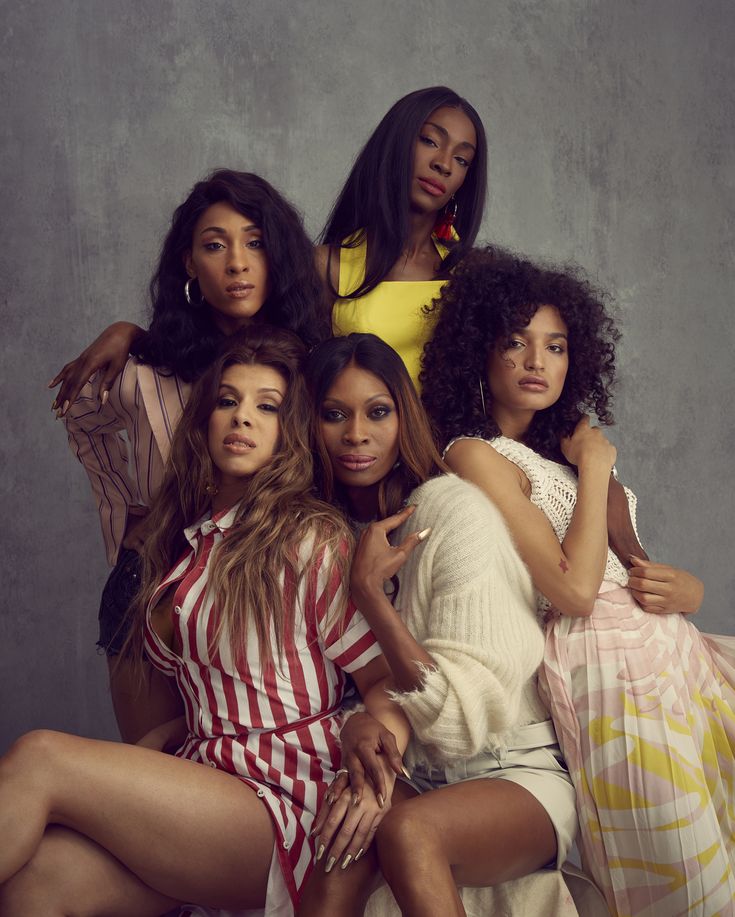 Not only that, but it has freakin’ Billy Porter from Broadway’s Kinky Boots as a supporting character, Pray Tell: 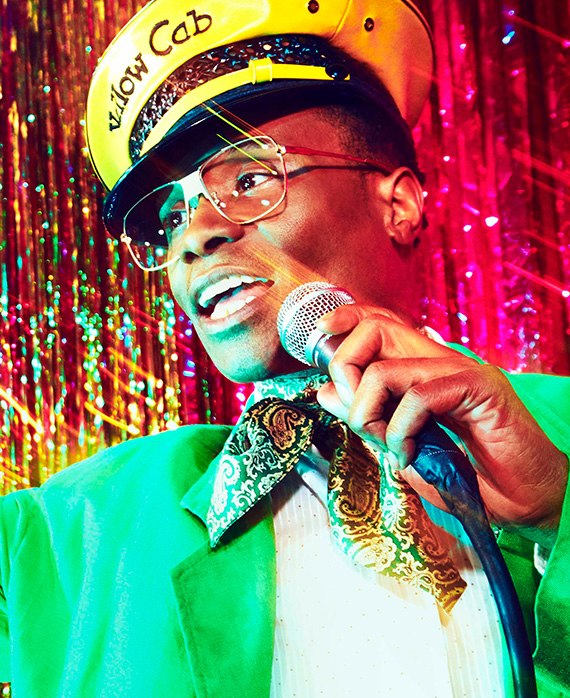 I haven’t seen any discussion of the series on this site, and that’s a real shame, because I think it’s pretty damn good…

It will be cool when we can have movies with trans characters where the movie isn’t about their being trans. Like a detective thriller with a trans detective where the detective’s being trans is irrelevant to the plot.

Likewise for cisgendered characters, for that matter. Gender doesn’t tell you anything about a person. I wish we could all move on, but it seems like every single human being is really digging in on the significance of gender.

That’s true and it makes me want to know what folks here think about Ryan Murphy’s new show, Pose.

That I want to see it. I’m a little out of the loop on current TV offerings. Thanks for the heads up!

It’s really good; I was surprised how I liked it so much, considering how I feel about most of Ryan Murphy’s shows…

I’m also glad that at bare minimum, she didn’t pull a Tilda Swinton and call up that “one trans friend”.

The people that expressed anger and Johansson’s casting may be winning battles, but they are going to lose the war. There’s no better way to make Hollywood avoid movies about trans characters or issues than to make superstars back out of projects.

I doubt that. As long as there is sufficient interest in the subject, the movies will be made. Now, without superstars they will be made on a lower budget and attract less attention, but that needn’t be a bad thing.

It’s also a difficult line – part of the fascination with performance is seeing a transformation. It has always been this way.

Now, I think it would have been better if they had cast a transgender performer in the part simply because we almost never get to see that.

But sometimes casting someone in a role in which they have to make a transformation is making a positive (or perhaps complex) statement – I suppose it’s a little like the line between appropriation and homage.

In this case, I don’t see the problem since it’s a rather major project, probably well financed – however, for smaller projects, there are practical realities that also have to be faced, and sometimes that results in something slightly awkward in terms of representation. If this happened to a tiny indie film, if you get a slightly “bankable” star in the film, and it’s greenlit, you’re set, but if that actor is forced to pull out, the financing will likely fall apart and the movie will never get made. So is it better, in those cases, to have awkward casting, or never see the story hit the screen?

Most people have no idea how complex film finance is outside of the studio system (which is just about everything other than the major blockbusters) – financiers need to be able to cast actors that will attract audiences so they know they stand some chance off getting their money back. If this had happened to, say, IMITATION GAME and Benedict Cumberbatch (who is, by all accounts, straight) then the movie would have fallen apart (I know people involved in financing the film, it went through several directors and almost didn’t happen as it is). It’s a great and powerful story about an important part of history, especially as it pertains to the abuse of homosexual men under British law.

And it’s not like that role was easy to cast – because the part required someone who could play the sort of “mad genius” element of the character, and not everyone can pull that off. And other gay actors who might be able to play the part might either not be interested (maybe they don’t see themselves in the part), or otherwise attached to other projects.

It’s a real web of things that have to function exactly right for any indie movie to actually come together, and realities of the marketplace that have to be faced, so I hope as people take to Twitter and whatnot to apply some pressure, they focus first on studio movies. They have all the money, the distribution networks, and are incredibly powerful.

That’s true and it makes me want to know what folks here think about Ryan Murphy’s new show, Pose

I’m very much looking forward to seeing it. I’m fascinated by 80s ballroom culture and the cast of the show is amazing (Jose Xtravaganza is in it!?) but man, the era of Peak TV is exhilarating and exhausting, there’s just a glut of wonderful things to watch and I have zero time to do so.

The straight actor playing gay isn’t an apt comparison. Many gay actors get to play straight roles. It’s actually the majority of roles they play.

Trans actors are never cast to play cisgender roles. And have rarely been given trans roles.

I’m dubious about the role having to be a transition story. Especially as trans people are seen more often in society in a greater variety of professional, political and artistic endeavors. Transition stories are already looking played out and dated. To use a gay comparison again - every gay role is no longer a coming out story.

A Fantastic Woman had a trans actress in the lead role this year. It wasn’t a transition story but it was an Academy Award nominee.

A fun take by a few actors who are trans men.

(Jose Xtravaganza is in it!?)

Not unless he makes a guest appearance in one (or both) of the last two eps; this season only got green-lighted for 8 episodes total, and ep 7 airs this Sunday. 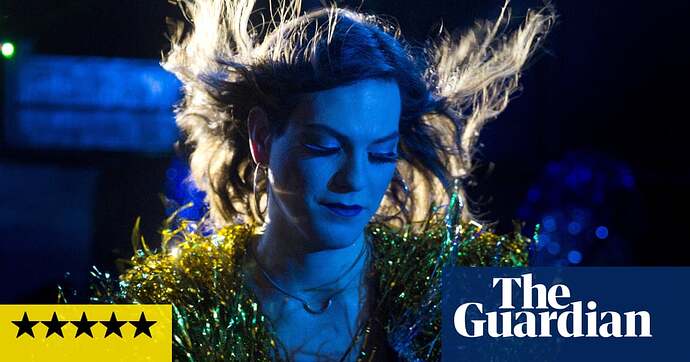 A Fantastic Woman review – sublime study of love, loss and the trans experience

Very real, very effective and not cliche. The opening scenes of her romance before the tragedy strikes were one of the most beautiful and humanizing depictions of trans people I’ve seen. I look forward to when we can see such a romance without the tragedy- or a screwball comedy.

It will be cool when we can have movies with trans characters where the movie isn’t about their being trans.

Ditto gay characters. There’s been a little progress on that, but not much.

I outlined the long-running controversy back when Transparent first came out.

I recall thinking at the time that there was one overlooked benefit to Transparent’s casting: it makes the point that trans women who look like dumpy, middle-aged men are still women. There’s quite a few people who can accept conventionally good-looking trans people but still vilify ones who don’t pass well, and that’s something worth addressing.

Will Hunter Johansson take her place?

Ironically, Chang Apana, on whom the character was based, loved the movie series: 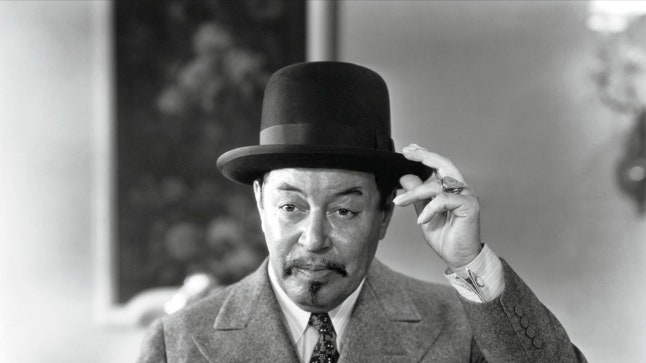 On the trail of the honorable detective.