Now they just have to get the technology up and running before it’s too late.

Oh, and make it economically viable.

“Researchers were able to produce 2.5 megajoules of energy, 120 per cent of the 2.1 megajoules used to power the experiment.”

If this can be replicated, this is amazing; and worth Nobel Prizes all round.

Edit for, "The test involved bombarding a pellet of hydrogen plasma with the world’s largest laser to trigger a nuclear fusion reaction, the same process which takes place in the sun.

2024 political slogan: “A Big Ass Laser in Every Garage!”

From the New Scientist article:

Sources at the lab told the newspaper that data is still being processed, but that the energy output was greater than expected and had damaged some diagnostic equipment.

the 2.1 megajoules used to power the experiment.

That would make a black start of a fusion power grid a tricky problem.

Oh, only mega-joules? No problem!

Tokamak technology has also rounded the bend recently, and looks likely to be viable in the near future. I believe it has the lead on laser fusion for practicality. Fusion energy production will change the whole world energy dynamic. It is compact, safe, no risk of melt down, and no pesky greenhouse gasses to worry about. A competitive race to commercialize fusion power would be awesome.

If this process can be industrialized, it could lead to a revolution in the energy industry.

And from there a potential revolution in terms of society. I’d love to live in a world where thuggish petrostates and greedpig fossil fuel companies were no longer constraining us all with their agendas.

Between this and the precipitate drop in the price of renewables, we might not be too far off that time. Russia’s invasion of Ukraine might just have put the revolution into turbo now that the whole of Western Europe, with the possible exceptions of Norway, Iceland and Switzerland, have just woken up to realise how dependent they are on imported fossil fuels.

Though, energy storage is one big challenge that really needs solving. Today being a good example here in the UK where it is very cold with snow on the ground across lots of the country, overcast and almost without wind - renewables aren’t contributing much to the grid right now and it is gas and imported energy that are doing a lot of the heavy lifting. Fortunately, they haven’t had to fire up the big, old coal fired stations like they were expecting over the weekend - yet.

Yeah, I don’t think we should discard solar, wind and other renewables quite yet. Although they could be a good bridge solution. Will there be a future where Big Renewable lobbies against the upstart fusion energy sector?

Maybe they think it is economically viable if its output is more than its input. The more the costs rise … well, just increase the inputs some more until it becomes profitable again.

What? You want the entire energy output of the planet to make this thing profitable? Sorry, dude.

[Idly wondering if these things need exotic materials to be manufactured and operated - like cobalt, lithium and assorted rare earth minerals etc - suspecting the people with those may be the next greedpig exploiters]

Except that statement is misleading, al least according to a number of report including https://twitter.com/JavierBlas/status/1602263157677985793

The 2.1 megajoules was the power delivered to the target. It took over 300 megajoules in total to deliver that power. It is still a big milestone, but actual useful power generation requires orders of magnitude more laser efficiency and lasers that can fire multiple times per second instead of once a day. For the foreseeable future this is a science breakthrough, not an energy generation breakthrough.

Thanks for the reality check

It is still a big milestone, but actual useful power generation requires orders of magnitude more laser efficiency and lasers that can fire multiple times per second instead of once a day. For the foreseeable future this is a science breakthrough, not an energy generation breakthrough.

And that’s just one of many, many challenges that need to be solved for commercial power generation. Others include sourcing enough tritium and designing an inner wall of the tokamak that can withstand the extreme conditions for extended periods of time.

Edit to add:
Just look how much effort Doc Oc had to go through to get his claws in a little tritium:

The Fusion Reactor is a Tritium powered energy generator created by Dr. Otto Octavius. The device uses harmonic reinforcement to create a perpetual sun that could serve as a source of renewable energy. When Harry Osborn became Oscorp Technologies'...

The announcement is tomorrow. All we have right now is leaks and rumors. Let’s wait to hear what they actually say.

What it won’t be: 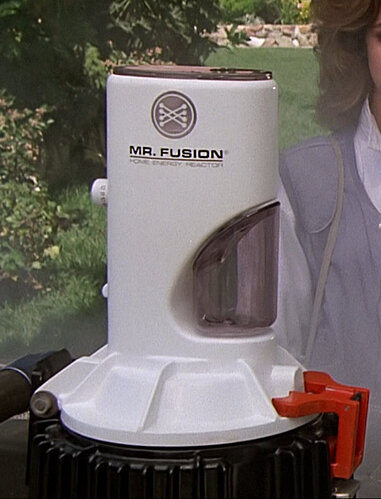