The nuclear accident at Fukushima is not now, and has never been, “under control”.

Good to see it in the news again, Xeni, and I’m happy to hear that Miles is doing well.

Thank you for Miles’ reports!!

The nuclear power “is perfectly safe” crowd is coming up in more short supply lately. Maybe it’s finally time to take another look at that “Manhattan Project” for more sustainable energy I suggested a long time ago?

I wonder how safe it would have been to evacuate tens of millions of people out of Tokyo and many other areas in Japan? I can’t even imagine the logistics of such a thing much less comprehend the scale of suffering it would have caused, but Japan’s PM had to seriously consider it nonetheless: 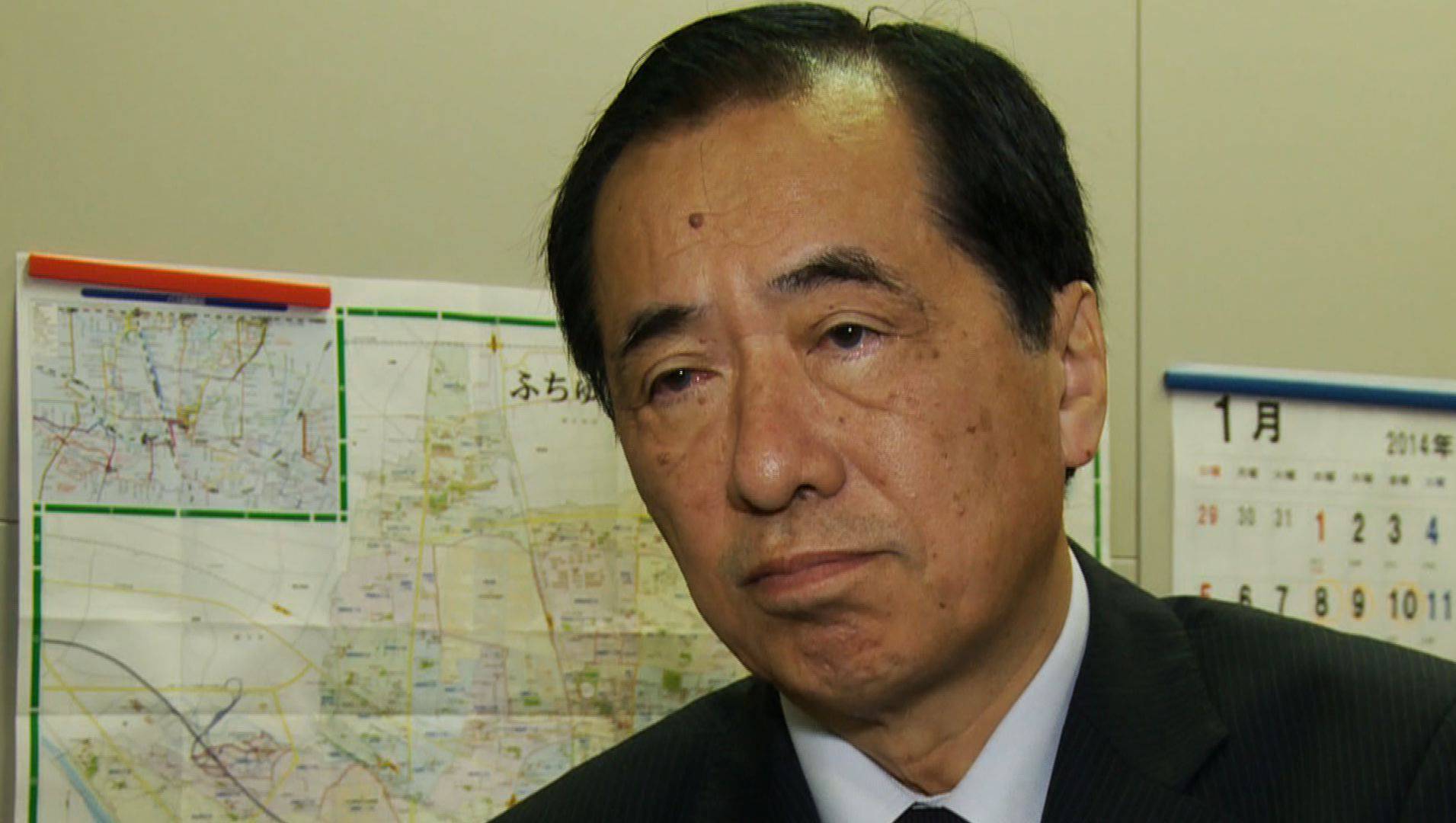 Ex-Japanese PM on How Fukushima Meltdown was Worse Than Chernobyl & Why He Now...

Three years ago today a massive earthquake triggered a devastating tsunami that struck Japan’s northeast coast, resulting in an unprecedented nuclear crisis: a triple meltdown at the Fukushima Daiichi nuclear power station. As Japan marks the...

(Video and transcripts at link above - and, please donate to DM)

Such reporting. So important.

Sarcastic Doge let’s his anger flow through him. Which, while sometimes useful, eventually leads to the dark side.

Nukes can always blow up. If nothing else, you can physically blow them up the old fashion way, with explosives. There is absolutely no such thing as full proof engineering. It simply doesn’t exist, even in an ideal world. In a non-ideal world of corporate corruption, slack government regulation, and general human stupidity, it doesn’t even come close to existing. I am not entirely against nukes, but wherever we drop them we have to ask ourselves what the consequences of failure are. You might look at dumping a nuke east rockies in a desert as a potentially acceptable place. The consequences of it blowing are still serious, but manageable. Maybe you could put one in downtown LA (does the LA sprawl even have a downtown?) because again, it can’t do that much damage if it blows up.

On the other hand, you are a god damn fool if you put a nuke next to New York City or Chicago. It simply isn’t worth it. New York City getting even a minor radiation dusting that would cause people to evacuate and it would literally collapse the world economy and send us into the deepest blackest world wide depression this side of the Great Depression. That simply isn’t a risk worth making just to get energy that isn’t even all that cheap and is a god damn mess to clean up even when they don’t blow.

Nukes might have a role as a solution for energy needs, but it is a very small role.

You make a reasonable point but I would add that the typical alternatives to nuke power (gas/coal) are in a sense constantly blowing up with murderous effect. It complicates the risk/reward calculation.

Nuclear power is perfectly safe when done right. Or at least as “perfectly” safe as any conventional power plant can be.

The problem at Fukushima was that it was an aging facility hit with literally the worst tsunami in recorded history. If Fukushima had been a newer facility, if its basic design wasn’t decades out of date, if it had modern construction and modern infrastructure, then it would have just done what Japan’s other nuclear plants did - shut down safely for a bit, causing blackouts but ultimately being a manageable part of a natural disaster.

As for why so many nuclear power plants around the world are aging, decrepit, out of date, and lack the inherent safeties and backup contingencies of modern plant designs? It’s because of the public fear of nuclear power.

Meanwhile, no one bats an eye at coal power plants. Sure, they pollute like nothing else, they actively release radioactive exhaust (which nuclear plants do not), and a natural disaster could easily turn one into a colossal bomb crater, poisoning the terrain for miles and miles around, but hey, who cares, right?

Humanity consumes a lot of elecitricity. Short of cutting back on our electrical usage, that power has to come from somewhere. Nuclear power, done properly, is the cleanest and most efficient way of creating that power. But we have to get over our silly childish fear of anything “nuclear” and take responsibility for properly managing our power plants.

That means avoiding building in coastal regions or in seismic fault zones like the Ring of Fire - or if you absolutely must build there, overbuilding by at least a power of magnitude so that your plant can weather even the most unpredictably powerful natural disaster.

That means spending the time and money and effort on maintenance, and keeping things up to date and as safe as we can reasonably make them.

That means cutting out corruption, ramping up oversight, and making sure people aren’t cutting corners, taking shortcuts, or cheating the system, putting human lives at risk out of laziness, greed, ignorance, or malice.

These are standards we should be applying to all our power plants - not just nuclear.

x2 “literally” in bold &/or italics by post 10 can LITERALLY end interest in discussion for many. FFS ppl.

Also solar because radiation is awesome.

If we were forced to justify each and every use of electrical power, I’m pretty sure thaere are some uses that wouldn’t make the cut. Beverage cans and food wrap made from aluminum? I doubt this is an effective use of energy. But it’s invisible to the consumer, so we don’t question it. of course we’re going to require more energy, more nukes, more greenhouse gasses, because that’s how we measure our standard of living. Giving up these most wasteful practices might as well be going back to the caves, to hear industry talk about it.

A couple of things occur to me in reading your comment.

Some responses of my own.

Economics is not so simple. People do not always act rationally, especially as a collective, and the primary limiting factor of nuclear power is in fact the fear of the ignorant masses driving them to revile a complicated technology which they don’t understand. People don’t invest in nuclear because it’s just too controversial to do so.

That’ll happen when you undergo something like the Cold War - people have been quite reasonably scared senseless of nuclear weapons for roughly three quarters of a century, and therefor by extension they fear anything even associated with the word “nuclear”. It’s not rational, but it’s how people at large think and behave. It’s a fact of humanity.

That said, it’s also a flaw a humanity - we allow our fears and biases to get in the way of fact, and time and again we prove that our own stubborn obstinacy can defeat the most sound and reasonable of propositions. Countless inventions have failed to find investors, only to be later proven brilliant.

Napoleon Bonaparte is quoted as having said…

“You would make a ship sail against the winds and currents by lighting a bonfire under her deck? Excuse me, I have no time to listen to such nonsense.”

…this to Robert Fulton, inventor of the steamship which would come to revolutionize naval and maritime technology.

Energy production is not a simple endeavor. Until we have better technology, making renewable sources feasible on a large scale, we’re stuck with a very few choices.

We can either use nuclear power, which has an amazingly accident free history except for a small handful of extreme outliers (like the Soviets using Chernobyl for unsafe testing and Fukushima falling prey to a natural disaster beyond anything every imagined prior), and which has had astoundingly virtually zero environmental impact to date outside of those few freak accidents…

Or we can use fossil fuels, which have a history rife with accidents, which every day pollute the air and the water alike as they pump out untold quantities of smoke and filth, and which we are rapidly running out of at an alarming rate, driving us to take more and more extreme, environmentally destructive actions (like fracking and oceanic drilling) to keep pace with our consumption in the face of inevitable unsustainability.

If you read my comment in a less defensive posture, you will realize that I am not inalterably opposed to nuclear power. But I do note with interest, that your claim of the safety and cost effectiveness of modern nuclear technology, is exactly the same claim that was made back when the industry was getting started. It basically comes down to “trust us, we’ve got this.” Well, we did, and they didn’t.

I view those claims with the same degree of skepticism if feel whenever someone is trying to convince me to buy what he is selling. He has an interest in downplaying the downside or the flaws, in order to sell me something. It’s neither intrinsically evil or a lie, it just is a fact of the interaction.

You seem to think that offering waste from nuclear weapons manufacture as the REAL problem, will distract from the fact that you have not solved the problem in either case. You keep offering false choices. Calling nuclear power “clean” because it doesn’t produce air pollution ignores the pollution that it does cause, as well as the potentially devastating consequences of that pollution.

Overall, I am concerned about the consequences of the production of ALL large scale energy sources, whether it is natural gas, or coal, or biomass, or nuclear. Even solar energy products have some form of downside. We have to realistically evaluate all of them individually and make decisions about their implementation. I will believe that we are judging them more realistically when we finally come to the conclusion that it is a matter of world importance to reduce our footprint, and throw massive resources at true sustainability. I wish that I could be confident that we will reach that conclusion before we fuck up the planet inalterably.

Nuclear power is perfectly safe when done right. Or at least as “perfectly” safe as any conventional power plant can be.

Wind, solar, tidal and geothermal are safe even when done wrong

And they’re also absurdly inefficient and unable to provide the amounts of power humanity currently consumes. They’re great ideas, and we should transition to them over time, but that’s a longterm goal and in the intervening period we still need to rely on other sources - id est, either fossil fuels, or nuclear.

I think that this is the side of the problem to work on.

it is a matter of world importance to reduce our footprint, and throw massive resources at true sustainability.

In what imaginary world do you live in that humans are capable of making nuclear facilities and nuclear waste storage perfectly safe? You need to start factoring humanity into your equations.

And, the only other choice to nuclear is not coal. You’re just another victim of an industry campaign to discredit alternative energy like wind, solar, etc., etc

You parrot fossil and nuclear industry talking points with blanket statements against more sustainable energy saying it’s simply “inefficient”, which is a lie. Even France (who is exceedingly pro-nuclear power) is now in the process of switching to building wind energy because it’s more affordable.

We need to start the process of phasing out fossil fuel as a staple of energy resources and phase out dangerous (because humans) nuclear power and put federal resources into an emergency, sustainable energy project that has the scale and urgency of the Manhattan Project.

Your perfectly safe nuclear power would be laughable if it wasn’t such a sick statement that puts your ego and pride above humanity.