Did no one ask what the building/fortress pictured in the article was built for over the last 70 years? How big is Austria again?

And which fung shei master they contracted/enslaved to design it? That’s sort of an oriental modern design; Larry Ellison would approve.

I’m guessing that was part of a visitor complex added later. Could be wrong of course.

It is believed that an estimated 320,000 inmates died building the labyrinth of concrete tunnels and shafts.

According to wikipedia 11,000 inmates were working underground from Mauthausen-Gusen. The high-end estimate for total inmates ever held there is 320,000.

The video is part of the fimmaker’s older research. It shows part of the already documented part of the bunker/former factory that is considered relatively well explored.

However the independent researcher had argued there was more to the site than the few areas already uncovered, and after getting permission from the private landowner did some more drillings of his own and actually found previously undiscovered system of tunnels. He managed to retrieve some SS helmets and other Nazi stuff.

A professional and specialised research institute for former war sites will take over the excavation in the near future. 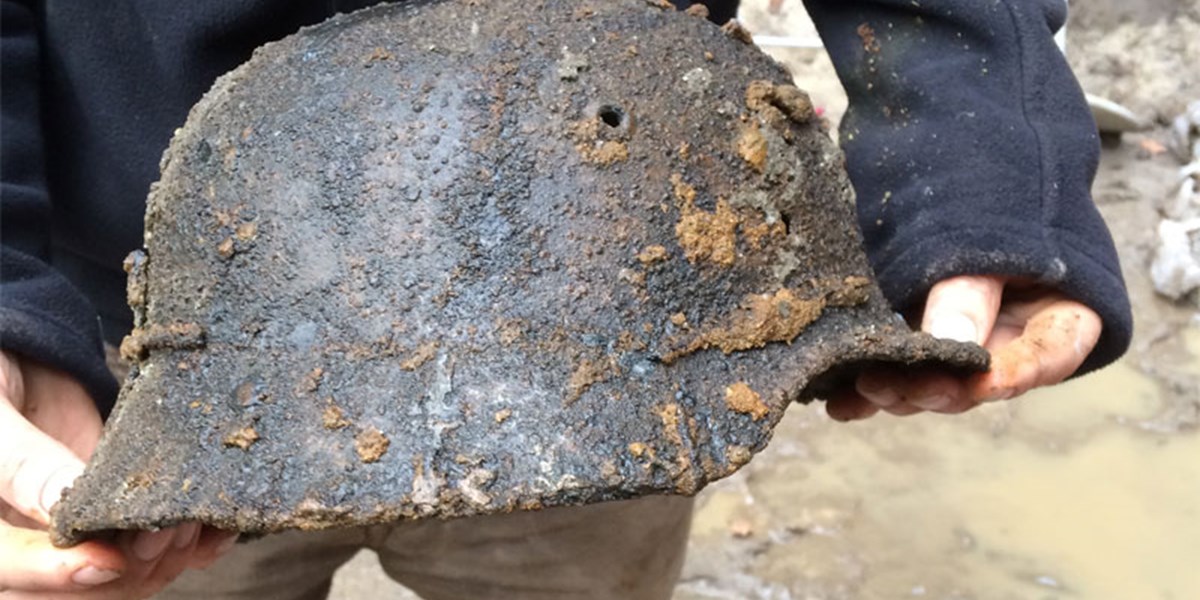 Did the headline read Australia before??? If not, my eyes hosed me again. Austria makes a lot more sense. Australia woulda made a better story.

Prior to their downfall, the Nazis went to great lengths to conceal the weapons facility, covering the entrances with thick layers of earth and slabs of granite.

Australia woulda made a better story.

There was a collosal explosion in WA back in the 90s, just south of a sheep station owned by the Aum Shinrikyo cult.

Banjawarn Station is a remote cattle station that previously operated as a sheep station in Western Australia. In the 1990s Banjawarn was owned by the Aum Shinrikyo and following the Tokyo subway attack was the subject of an Australian Federal Police (AFP) investigation. Banjawarn is one of the seventy largest stations in Australia. It is situated 220 miles (350 km) north of Kalgoorlie and 500 miles (800 km) north east of Perth, on the edge of the Great Victoria Desert in the community of Leono...

There’s a persistent myth that it was caused by a small nuclear device.

On a gut level, that number seemed a bit outlandish. If construction took one year, that’s 900+ people a day dying to build this. Of all of the atrocities committed during this era, this alone would be one of the worst and most efficient means of killing.

Why, those Nazis were as bad as Nazis!

Yes I remember reading about that in a Bill Bryson book! That story gave credence to my eyes’ interpretation of the headline.

There’s a persistent myth that it was caused by a small nuclear device.

Given that any sudden release of energy that creates or entrains particulates (whether dust, smoke, or condensed water droplets) will create a mushroom cloud, and the popular association between mushroom clouds and nukes, it is entirely not surprising.

There should be more high-energy physics education down to elementary school level.

I seem to recall that Plinius the Younger observed a mushroom cloud at Pompeii, and compared it to a Stone Pine, and no one suggests that was a nuclear explosion instead of a conventional volcanic eruption.

I seem to recall that Plinius the Younger observed a mushroom cloud at Pompeii, and compared it to a Stone Pine, and no one suggests that was a nuclear explosion instead of a conventional volcanic eruption.

I guess back then volcanic eruptions were more familiar in popular culture than nuclear blasts.

I’m hoping Mike Mignola reads this and gets inspired to write a new Hellboy book.

The Germans gutted their physics departments by expelling Jews in the 30s.
The Americans received most of the Jewish physicists and related chemists from all of occupied Europe before the decision to simply ‘solve’ the Jewish problem had been implemented.
The Germans did not have an immune to bombing continent nor the industrial base to have a Manhattan Project.
The Americans did, and they had the cream of the European physicists in addition to their own(.
Even so the Americans did not have the bomb in time for V-E day, therefore I think it is safe to say that barring some surprise leaps in development, had the Nazis gone into their own nuke program with both feet they would have been defeated a few months earlier due to wasted effort. (edit) Much as the wasted logistical effort of the Holocaust shortened the war in Europe.
It is gut wrenching that after ruining the top end of the Nazi program with antisemitic university faculty purges Jews ended up still working in their a-bomb program at the bottom.

No mushroom cloud was witnessed. No crater either. A fireball (not a lot of info) was seen by only a few rural witnesses.
It was the seismic measurements that indicated something odd, which measured something “170 times more powerful than the largest explosion known in Australia up to that time”.

He managed to retrieve some SS helmets and other Nazi stuff.

Not really the purpose of archeology.

I do not believe it is possible for there to be surfeit of either of those commodities.

Hrm. There’s got to be a market around here, somewhere…