Nothing says honoring the ancestors like sipping cocktails around a $400 Moai shaped chiminea amirite? 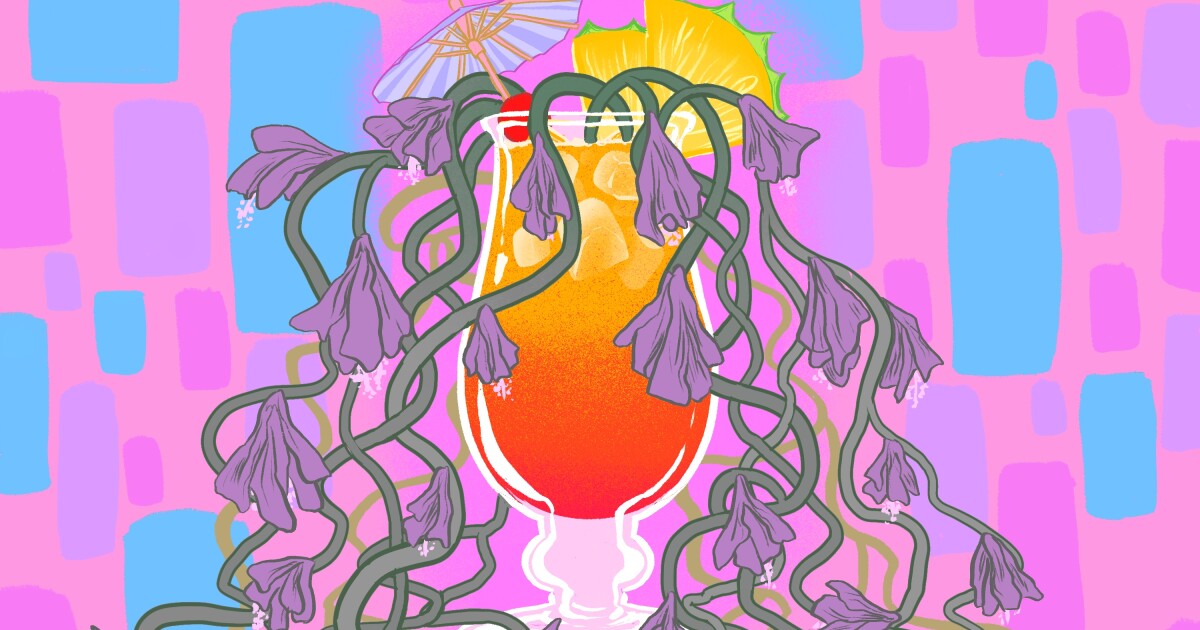 I guess this is the same guy who designed this awesome mug.

I say awesome in that the design is awesome.

The price was BS.

Special Edition of 500 - SOLD OUT   For the first time ever, SHAG and Beeline Creative have partnered to create an artist series of Star Wars tiki mugs, art prints and drink accessories. SHAG, the world-renowned mid-century modern artist...

FYI, the links are all borked.

So, we’re not in agreement that Tiki stuff is pretty racist? Because I think it’s pretty racist. I get that people didn’t know any better in the 1970s, but retro-racism is still racism. At best it’s tasteless and tone-deaf cultural appropriation, yes? Anyone?

As the above article goes into, “Tiki” stuff became linked to mid-century modern motifs after first falling out of favour. People try to weakly defend themselves, saying “the original users are the appropriators, for us it’s just nostalgia”.

Reducing a culture to decorations is never appropriate. It’s also pretty racist (not to mention tasteless) to make money off another’s cultural symbols - even more so when that culture doesn’t stand to share in the profit.

Yeah, definitely racist. I was genuinely surprised when this showed on Boingboing’s front page and not in a good way.

I almost misread it as Chimera

Why would you be surprised? BB has had multiple posts on Tiki objects, scenes, and post about the tiki bar at Disneyland.

It started with the ‘Yub Nub Mug’ at Oga’s Cantina, and now I am collecting Sci-fi themed tiki mugs (I got mine at Disneyland for a whole lot less than the $5k the linked eBay sel…

History of the California tiki scene covered in new book

Spotted at Renovation, the World Science Fiction Convention in Reno: this killer tiki-themed Dalek. I didn’t catch the artist’s name — anyone know it? Leave a comment and I’…

This week on Maker Update, an enchanted talking tiki totem pole, Donald Bell’s trip to OSH Park and Metrix Makerspace, a retro lightbox, and why you need flush cutters. This week’s Cool Tool …

Mike “Nemo” Mendez created “TikiTPrime Warrior” for today’s Transformer Show at Toy Tokyo. This is definitely a case of two great tastes that taste great together. Cus…

Reducing a culture to decorations is never appropriate

@orenwolf Should the discussion about cultural appropriations be split out?

Because peoples awareness is more attuned now? Including mine, to the point that I don’t remember seeing or being mad at those posts. It should be noted that there was only one instance of objection to those posts in their comments and the objection was swiftly shot down by many responses.

Reducing a culture to decorations is never appropriate. It’s also pretty racist (not to mention tasteless) to make money off another’s cultural symbols - even more so when that culture doesn’t stand to share in the profit.

Serious question: what if that culture was an ancient one that no longer exists? Modern Egyptian culture is quite different from ancient Egypt. Is it immoral to, say, appropriate ancient Egyptian decor for a casino? (We probably can all agree that it’s tasteless, but that’s par for the course for casinos). Is it ok to make schlocky mummy movies? What about appropriating Neanderthal cave art? I’m just trying to understand if there’s any wiggle room or if it’s really as black-and-white as you suggest.

Please don’t flame me; because I am genuinely perplexed. I like Tiki design. I also like Native American designs, Asian art, and Kente cloth. I enjoy other cultures. I’m white. Does that make me a racist? I’ve never considered myself to be a racist. Does that mean that I can only like “white” designs? That’s gonna get boring real fast.

You can appreciate other cultures and absolutely not be racist. However if you take that cultural element for your own use, out of context, and in an insensitive way then you’re appropriating (*note not intended to be a complete list of ways to appropriate).

For instance the Native American feather head dress. Absolutely appreciate it for its beauty and artistry. Don’t hang it on your wall as another piece of home decor or take it out as headgear when you go (went?) clubbing. Don’t use it as your Halloween costume.

100%. Splitting it off serves only to hide and whitewash. We don’t need free speech zones. We need to be free to identify issues when and where they occur.

We do not “hide” topics. They are accessible to everyone and a link from this topic to the new one would be present. It is an appropriate thing to do given the non-threaded nature of Discourse and the fact that it was designed to have easily created topics to focus in on specific conversations. Further, those split off topics stay open for as long as needed, whereas this topic will close in 5 days. The position you have advocated for just put a time-limit on the discussion of this topic as a result.

However, you are correct, these are Tiki symbols, so a discussion of their place in modern society and appropriation therein is on-topic, so I won’t split it. However, anyone can start a new topic from another post by using the little link icon on a post. It doesn’t require moderators to do so.

Baby Yoda all the things!

Also, no, do not split this into its own thread.

The admins can do what they like, but people get accused of going off topic all the time and I’m trying to be good.

While I agree the use of some things can be racist or have racist overtones, cultures also blend, meld, and change. To make a blanket statement that something is off limits is a position I find hard to defend.

I guess this is the same guy who designed this awesome mug.

The Star Trek cruise I went on had a whole set of TOS Tiki mugs for sale. I didn’t purchase them at the time because being of Aboriginal descent myself and having been to Hawai’i and fallen in love with the Polynesian culture in general, it felt inappropriate to me to take home something that had no involvement with the original culture (it’d be different it was merely inspired by the Polynesian culture, but it was sold in the onboard Tiki bar (set up just for the purpose of the cruise) as Tiki mugs, so…)

However, as much as I would not want someone from outside the Mohawk community to speak for my people, I will not presume to speak for the Polynesian people on what they consider appropriate.

100%. Splitting it off serves only to hide and whitewash.