Really cool tool. I had no idea these were out there. Closes the loop on augmented reality!

I assume you can generate shapes/programs for these on your own devices, and import them somehow?

Design in a cad programe. The website says usb or wifi for the file transfer.

HackaDay has an excellent review of this thing also. This is really a sea change thing when it comes to machining.

Hands-On the Shaper Origin: A Tool That Changes How We Build

I bet the hand saw really changed some things. One day you’re hacking away at a log with an ax. It’s sweaty, awful work, and the results are never what you’d expect. The next day …

A limited number of Origin are available now for pre-sale. Origin will begin to ship September, 2017.

Let’s hope it’s just as exciting this time next year. I know a few people who’d see this as a must-have.

Oh wow. I love the way that the tool head will automatically adjust its location to compensate for the sloppiness of the operator. Very cool.

Very very exciting idea. These will quickly become a must-have power tool. It’s so pleasurable to see something as cool as this come along!

If I’m understanding it right, and it’s steering itself and not just helping you trace shapes, then this is highly desirable and I must be given one.

One thing that occurs to me is that if a lone-wolf maker were thinking of spending $1500 on a first CNC device, it might not be clear how this could be better than something like a Shapeoko; you’d need to be familiar with CNC already to appreciate how much effort goes into workpiece setup, edge finding, calibration etc., which is what makes this so potentially attractive.

as a shapeoko wrangler, the fact that this can do what ever sized object is very interesting.

I’d ran past this a couple of times today. Finally stopping to ask “what is a handheld CNC router?” and watching what happened once it started cutting and suddenly realizing what was going on is maybe the funnest thing I’ve done all month.

Yeah. For better or worse, this tool will take all the skill out of carpentry. It’s inevitable and embracing that is best. Technology makes our lives easier.

Yeah. For better or worse, this tool will take all the skill out of carpentry. It’s inevitable and embracing that is best. Technology makes our lives easier.

Not at all. There’s a video of this on Tested, and there’s a chair project they fleetingly show a few times. Each time I see it it makes me cringe, because you can see that a) it’s all 2D plywood cut outs and b) the continuous curve of the chair back is wonky. At the very least it needed to be shaped with a sander to even out the curves.

This tool will allow some amazing utility and creativity, but the limitations of its machine vision positioning mean that it still requires jigs for small projects to make a larger positioning reference, with a surface level to the work piece.

As with laser cutouts, and 2d CNC, you’ll see a lot of projects with this impressive device, ones that look awfully familiar in scope.

But, there will be more uses for this than I can imagine. Watching the Tested video is pretty impressive. This is the real deal - a well thought out, well tested device with a solid set of forward looking, useful features and UI. This is not some Kickstarter pie in the sky. 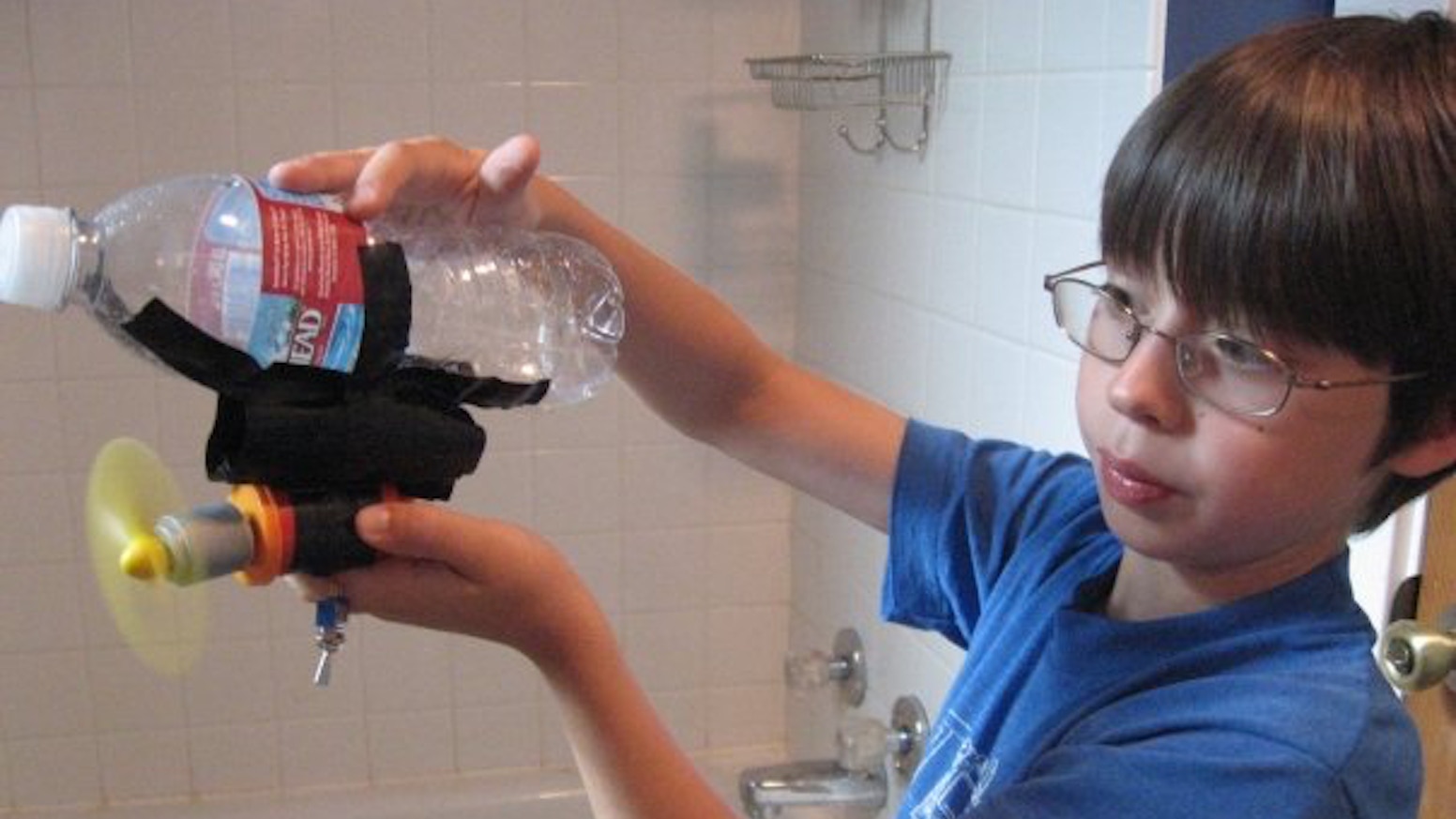 Isaac is 13, and has always demonstrated creativity with what he has. He's keenly interested in moving to quadcopters + Raspberry PI

My major concern in that tape they use for reference. It has to be precisely printed to make sure everything comes out to the right scale and as far as I know the shaper folks are the only ones producing it.

Except, they sure as hell ain’t giving that Razor away…

For better or worse, this tool will take all the skill out of carpentry.

Much in the same way that the word processor took all the skill out of writing poetry.

Wow. that is great

I think more like how typewriters killed Spencerian Script.

More like how phones and PCs mean that I have handwriting comparable to a victim of a massive stroke. Don’t have to handwrite anything, so now I absolutely suck at it.

Same goes for this tool. It’s a good thing, because it makes this type of tool very accessible and people with good ideas and crap hand-eye coordination are now able to make all kinds of neat stuff. But it does in fact take all the skill out of using a router. That’s the entire point of the tool.