Sharing a Netflix password in the UK "may be committing a crime", according to its copyright office

Originally published at: Sharing a Netflix password in the UK "may be committing a crime", according to its copyright office | Boing Boing

I’m sure people will stop sharing accounts immediately now - just like everyone did when they were informed that sharing music online was a copyright violation. I mean, ‘may’ be a crime? That’s some stiff language that should strike fear into the hearts of the general public.

Just waiting for the inevitable scandal involving a minister, the minister’s SO, or the minister’s kids sharing Netflix passwords with their entire cabal of friends, cousins, and other interested parties.

When I was a kid in Britain they used to drive around in these obviously fake TV-detecting vans to scare people into paying the TV tax.

I’ve had TV license people tell me that they’ve seen a TV on through a window from outside my property, but didn’t have an explanation when I told them I live in the flat upstairs.

Okay guy, you were climbing a tree to look through my windows?

If the penalty for password sharing is the same as that for unauthorised copying, then I welcome the next generation of internet users to the high seas.

Exactly how hard would it be for any streaming service to know when a single account is logged in at two different locations? Just allow only one location at a time, problem solved. Two devices on the same IP at home would be allowed, two devices on different IPs not allowed.

SiriusXM does it. If I’m logged into the app on my phone and forget to close the app and ask Alexa to play SiriusXM the app tells me nope, sorry, you can only listen on one device at a time. That’s a little different but I’m sure Netflix could do something based on location of the accounts that are logged in.

I mean they literally have all my information, use it.

They revised their pages on piracy to remove any language related to password sharing, so it is likely they misunderstood what was going on: UK Govt: Netflix Password Sharing is Illegal & Potentially Criminal Fraud (Updated) * TorrentFreak

If someone signs your devices into their streaming accounts, or privately gives you their login info so you can do it, they’re authorizing you to use their account. That might violate the ToS of the streaming services (too many devices or locations) but it is not piracy.

If you’re using stolen login info obtained from who knows where, or posting your login info publicly for anyone to use, that is technically streaming media piracy.

If someone signs your devices into their streaming accounts, or privately gives you their login info so you can do it, they’re authorizing you to use their account. That might violate the ToS of the streaming services (too many devices or locations) but it is not piracy.

I would not read the updated article in that way.

The IPO’s initial legal analysis was in my opinion spot on.

The article correctly says that the bar in UK law for fraud is low.

Handing out your streaming service password/using someone’s password when the service doesn’t allow it could constitute some sort of criminal offence, whether some sort of fraud or a more generalised computer misuse offence.

The likelihood of anyone being charged or a prosecution proceeding seems miniscule but the laws are drafted that way.

I would guess that the rewording is more to bring the paragraph in line with the commonly considered meaning of “piracy” rather than reflecting a reconsideration of the legal position.

Exactly how hard would it be for any streaming service to know when a single account is logged in at two different locations? Just allow only one location at a time, problem solved. Two devices on the same IP at home would be allowed, two devices on different IPs not allowed.

It’s a little harder than that, IPV6 may give everything different IPs.

Netflix has really had the solution all along, but now say it’s not sufficient. There’s a limited number of concurrent streams, and the price of the plan increases with more streams.

One curve ball I didn’t expect was how modern children would presumably reminisce about sharing their passwords for streaming services in the future. According to Newsweek, it’s now a crime to share your Netflix password in the UK

I mean… legally that isn’t new or particularly controversial. It’s pretty much 100% clear that sharing your streaming account with someone and them using it in a way not permitted by the TOS is copyright violation. What’s more, since the days of my youth back in the 90s, it certainly seems like the movie and recording industries have succeeded in convincing most people that copyright maximalism is both good and the law. I think kids these days aren’t going to be nostalgic about password sharing, they are probably already mortified that their parents are doing it. It wasn’t the “you wouldn’t download a car” ads, it was the convenience of streaming services, on demand games, where you don’t even own a copy that gives you any legal rights at all. Even when you pay for a “copy” of a game, people are annoyed but view it as a normal thing that when the publisher decides to shut it down because it isn’t generating ongoing revenue, you don’t have anything left, and trying to work around it illegal – or just technically impractical.

Logging into a computer network with a stolen password isn’t “piracy”. But it is unauthorized computer access and that is its own crime. Piracy is duplicating product and selling it at lower or higher price or giving it away for free.

Netflix DOES have a limit on how many devices can log on for a single account so why not just leave that in place? It works, imo.

Are you sure those weren’t cat detector vans from the Ministry of Housinge?

Already in place to happen:
"In May, then-Culture Secretary Nadine Dorries revealed she was one of those sharing an account.

“My mum has access to my account, the kids do. I have Netflix but there are four other people who can use my Netflix account in different parts of the country,” she told the Digital, Culture, Media and Sport Committee."
from 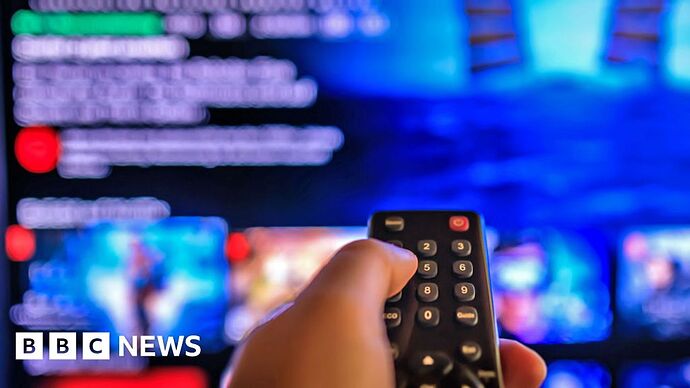 The Intellectual Property Office said the practice might break criminal and civil law.

I was today years old when I learned that MP joke was based on a real thing.

Back in my day, we had to play video games with our hands. 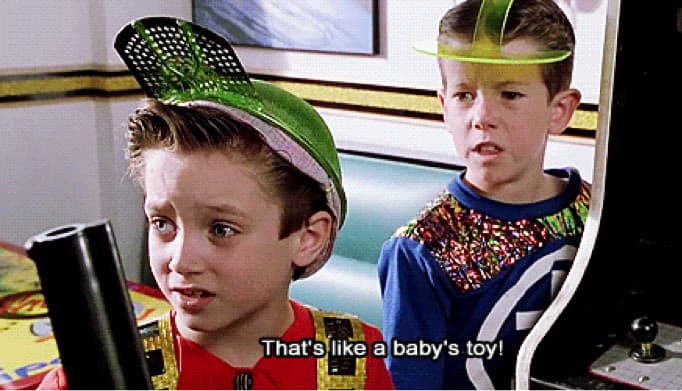 More complicated than you might think, mostly because Netflix wants people in the same “household” to be able to use the service at the same time (up to the simultaneous “screen” limit based on account type), regardless if they’re actually at home or say on transit or at work or a hotel, etc but they absolutely don’t want you to count people who don’t live with you as members of your “household”.

You laugh, but I once lived in a municipality that required that all cats and dogs be licensed and yes that included city animal control personnel responding to reports of unlicensed pets and even overzealous ones taking the opportunity when responding to such a call to take a moment to listen at neighbouring doors and peer in windows in an attempt to notice any incidental violations while they were already in the area.