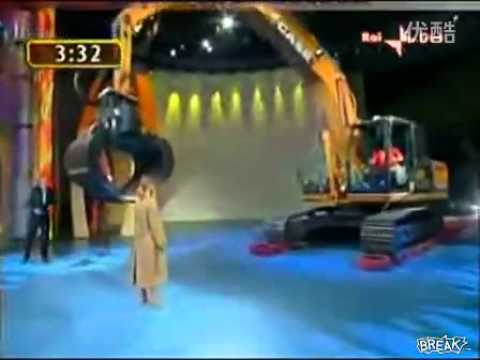 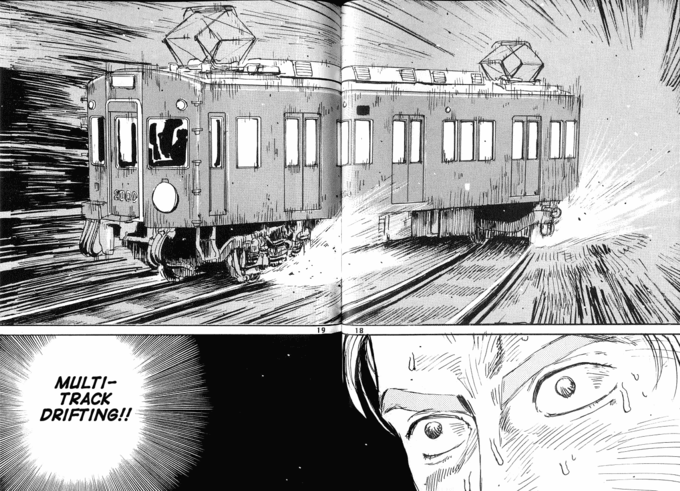 I can’t explain why, but watching this in ‘real time’ made my day.

Is this like the old Generation Game, where they’d have an expert show how something was supposed to be done, and then they’d let the contestants have a go?

The hat, scarf and coat were cool; but then it started to get creepy.

Meanwhile, at the controls of the MV Bigga…

Not totally sure of the provenance, but I believe it’s an Italian program

Its on Rai, can’t see which one, so definitely Italian (and the guy talking), might be Lo Show Dei Record…

Back in the late 90s, a former BF of mom’s pulled his 38ft houseboat (a top of the line River Queen for 1973!) into the marina near a cool Lake St Clair-front restaurant. Mom and our pal Dave disembarked and went in to place a carry out order, only to learn a private party was on & no outside orders were being taken. They reboarded with the bad news. Mom’s BF backed off his craft from the temporary slip, then beautifully spun her 180° bow to stern in the small section off the canal between docks.

As this took place, the tuxedo’d and gown’d boater partiers stopped what they were doing, grabbed friends and strangers alike and threw open the floor-to-ceiling sliding glass door-walls. The restaurant’s dockish deck area rapidly filled with applauding, cheering, waving people. Many of the particularly inebriated enthusiastically bounced up and down while shouting their encouragement. We happily yelled and waved back, as the 38ft houseboat was skilfully and rather speedily made to perform an impossible sort of half-pirouette in a 40ft space.

That was wholesome. I expected the tale to end, “… and then BF opened the throttles, and drenched the entire crowd.”