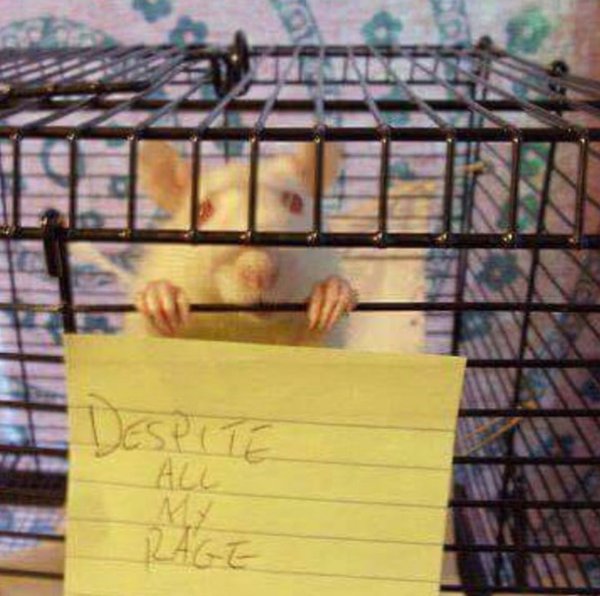 They roam my California suburban yard in the evening too. Cute, smart, don’t harm a soul. Basically nighttime squirrels without furry tails. I agree that if they enter the house, no mercy. But outside? C’mon, have a heart!

I wonder about how well steel wool works against rats. Our recent invader chewed through two different metal window screens trying to get back in.

It depends on gauge and profile. They’ll go through 00 steel wool like candy, but that heavy sharp ribbon stuff works OK as long as the rodents aren’t strongly motivated. If you want to keep them out of a corn crib you’ll want “rat-stop” - sharp broken glass embedded in mortar.

I don’t use poison because it’s too indiscriminately effective; people trying to kill rats with poison do more harm than anti-vaxxers, and we know how people feel about them.

I think the best defense against rodents is targeted, intelligent murder - in the form of a little rat dog or a good feline mouser. I miss my mighty mouser deeply, she was a beloved friend and an unbelievably tidy and efficient murderess.

Get some snake poop - maybe from a pet shop or snake owner - and scatter it around. You won’t smell it, but it will keep rodents away.

(Not advocating killing rats, I’ve had over 30 as pets over the last decade.)

I can also hear them in the shed and bushes when I step outside to smoke weed at night. Do not fuck with my rituals, rats. Do not.

That’s great until Nemo (or another lovely scavenger) decides to eat one that just died. Stick to physical traps. My local animal control officer goes with a 2 step process - a have-a-heart trap followed by a 5 gallon bucket with an airtight lid. I think he puts something in the bucket with them (dry ice would work well) so there’s no pain on their side or his.

Steel wool 100%, brass wool even better. I vote for hosting some Jack Russels or another rat terrier to hang with Nemo for a bit. Maybe a new forever friend?

She had seen their turds. I did some looking around and realized she saw some of my roasted barley I use to brew Porter.

My rats don’t take bait. So I have to put the traps along paths that they travel and hope they walk through the trap. I got sick of having to dispatch rats that the wood traps would only catch a tail or hind leg. They would drag the traps into the landscape. It was a mess. 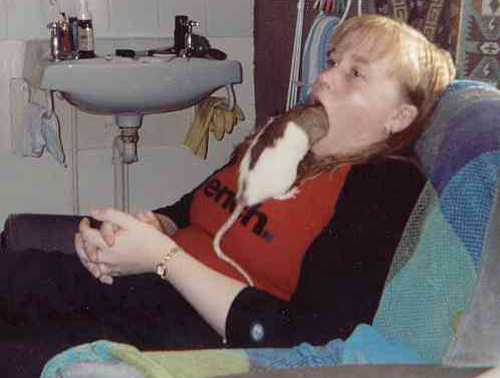 I tried to convince myself that they are just squirrels with bald tails, but it didn’t work. The problem with them as opposed to squirrels is that they proliferate at a much larger rate; more and larger litters.

Can confirm, am mouse

No snakes in my area that I’ve seen; this is right in Toronto, and I’ve never even seen a garter snake.
Hawks, yes, and they have been seen preying on rats, but they haven’t made a dent in the population.

I’ve had the electrocution traps recommended by other people.

Tent the woodshed and run a garden hose from your car’s exhaust for a few hours - the carbon monoxide will kill the nestlings and any adults in the shed.

Few things funner than watching a great lollopy big dog being harangued by a wee terrier.

Pull the steel wool and get bronze wool. The steel wool will rust very quickly, leave stains down the side of your house and break down as it rusts and in general just not hold up well.