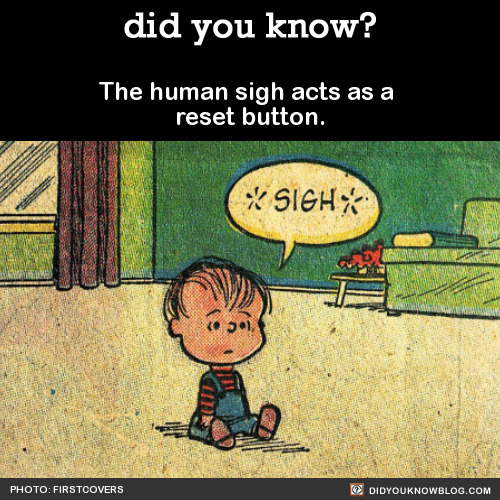 I was wondering why the school had glowing reviews…

Everyone here will be shocked to learn that the school’s minority student enrollment is 88% and enrolls 64% economically disadvantaged students.

About 5% of the problem at Fernald, Ohio, BTW. Not an exclusive issue.
If your community had anything to do with Manhattan Project, get your own radiation detector and carry it for a month. Take it out of your pocket. Check everything.

Ah, nuclear waste. The gift that keeps on giving.
For that healthy glow.

If your community had anything to do with Manhattan Project, get your own radiation detector and carry it for a month.

My good friend works in nuclear hygiene (ie disposal) and it seems that the vast majority of his work is cleaning up after Manhattan and early nuclear energy programs (which were essentially one and the same). He doesn’t say much because he can’t, but what he has told me and from what I’ve seen in various documentaries, the Manhattan project was filled with the laziest, most arrogant imbeciles the 20th Century could produce. All of them highly qualified and some of the smartest people in America, but dumb and egotistical as hell. This isn’t like other industries where there are lots of unknowns, these guys knew intimately what the risks were and they did this shit anyway and then buried it in the stupidest places.

they did this shit anyway and then buried it in the stupidest places.

Or just left the stuff sitting around in abandoned labs for future brilliant idiots to find. This notorious incident at Columbia University comes to mind.

If your community had anything to do with Manhattan Project, get your own radiation detector and carry it for a month. Take it out of your pocket. Check everything.

My grandmother was already doing this in the early 1940s.

All the early nuclear programmes were nightmares. Though the UK probably pips the US in screwing up each and every decision.

Let’s build a reactor. Okay - but we don’t know how to cool it. Let’s use air - that’s simple! And we can use graphite as the moderator - oh dear, it’s caught fire.

Take two. This graphite stuff is pretty good, but let’s use carbon dioxide - now it can’t possibly catch fire. Fantastic - how do you do enrichment again? Not a clue - let’s use natural uranium. Best protect it in cladding, this Magnox stuff looks terrific. Tell you what, let’s bring peace to the world by sharing this simple reactor design with the World - like North Korea.

Oh dear. It corrodes in air. And in water. We’d better scale up our reprocessing plants. And reprocess really quickly - yes, just dump everything in the ponds when you’re done.

Oh well, we can build an even bigger and more expensive plant to produce plutonium fuel for the Japanese nuclear programme. It’s not like they’re going to close it down overnight are they?

Still if you know anyone in urgent need of 150 tonnes of plutonium, I’m sure the British government (whoever that is today) will love to hear from you.

If your community had anything to do with Manhattan Project, get your own radiation detector and carry it for a month. Take it out of your pocket. Check everything.

So, this begs a few questions. First, where are these sites? This (Google map link; found at atomicheritage.org) claims to show “the important locations of the offices, control centers, mines, mills, plants, laboratories, and test sites of the U.S. nuclear complex from the early 1940s to the present.”

Interesting to me, St. Louis has a number of sites – far more than the single one in my native Baltimore – but none particularly near the elementary school in question. Did they really just stash this crap anywhere, say on the edge of town?

Second question: Can you recommend a good radiation detector at reasonable cost?

Did they really just stash this crap anywhere, say on the edge of town?

In a nearby quarry in single-walled 55-goal steel drums. Water flows downhill. Badness happens. “Jana Elementary School is located near Coldwater Creek, which was contaminated with nuclear waste in the 1940s and has been linked to some cancers.” - from Radioactive waste was found at an elementary school playground near a site where nuclear weapons were made in WWII

Can you recommend a good radiation detector at reasonable cost?

Startpage Search Results lists a whole bunch. I will ask over in Facebook’s Nuke Nerd group to try to gather some quality responses.

Can you recommend a good radiation detector at reasonable cost?

Startpage Search Results lists a whole bunch. I will ask over in Facebook’s Nuke Nerd group to try to gather some quality responses.

Yeah, I can Startpage as well as anybody. I was just having a hard time believing that a <$50 unit could be relied on. You seemed to know the territory, so I asked. I look forward to the Nuke Nerd response (and love that such a group exists).

And, for more background info, Popular Mechanics (owned by Hearst) has an overhead pic showing the area. https://www.popularmechanics.com/science/a41649280/radioactive-waste-polluting-missouri-elementary-school/

“Who needs control rods? Why don’t we just push the fuel through… by hand!”

“But, sir, won’t it just fall out the other end all hot and radiationy?”

“Ok, we’ll put in a puddle on the backside for them to fall into. Just be sure not to make it large enough for them to actually all fall into. Go to keep those human robots occupied!”

There’s a good BBC doc that covers it. And you’re right, they really took their unfounded sense of capability to a whole other level.

I know a LOT more about this than I want to, but I don’t have a choice. I grew up in Hazelwood Missouri, one block from Coldwater Creek. The infamous St. Cin Park that was featured in the documentary Atomic Homefront was at the end of my street, and I played there regularly including splashing around in the creek. One of the bizarre truths of my life is, “As a child I played in radioactive waste from the Manhattan Project.”

Uranium for the Manhattan Project was processed at Mallinckrodt in St. Louis, and the waste from that was trucked (in open-top trucks) to a location very close to the St. Louis airport, and right at the edge of Coldwater Creek. For many years rain would wash radioactive waste into the creek. There’s a bit more complexity to it, but the simple summary is substantially accurate. This was discovered when locals noticed some really strange cancer clusters and isolated them to the area around Coldwater Creek, and eventually a lot of information was uncovered about how it got that way.

Someone mentioned that Jana has a very high minority population. That is true now, but it was absolutely not true in the years when the creek was originally contaminated by radioactive waste. I attended K-12 in the Hazelwood schools from 1970-1983 and during that time the population was almost entirely of the pasty persuasion-- many of the homes were occupied by white collar McDonnell Douglas workers. In the past 10-20 years the area has become much more racially diverse. Thus, it wasn’t the case that the radiation was dumped on people of color, but rather that they moved into the neighborhoods a few decades after it happened. This is part of larger racial migration patterns in the St. Louis metropolitan area and isn’t significantly related to Coldwater Creek.

@gracchus As someone who grew up in the area in the 70s and 80s I can tell you that the area was very pasty white during the time that the creek was contaminated. The waste wasn’t dumped on POC, but rather they moved into the area sometime later and for reasons that were unrelated to the creek and its contamination. See my longer comment for more info.

reasons that were unrelated

Did they really just stash this crap anywhere, say on the edge of town?

Judging from the stories of my uncle who used to work at the Harshaw plants, worse than stored it anywhere. They were known to just move barrels of fun stuff like uranium hexaflouride around the city and just move them to different buildings as needed. It’s cool though, we don’t need to worry about the groundwater contamination of the riverfront site because no one uses wells on site.