Six months with a dumbphone

In yearning for simplicity, the question is its own answer. Or maybe just get something old from Nokia.

While it’s likely overkill, why not just turn off data on a smartphone?

It’ll still work at home, and the app store will whisper to me.

Not if you have wifi turned off.

One charge lasts a week, it’s pretty much indestructible, and it’s got snake.
It calls, it texts and that’s all I use it for.

I really like this idea but I think it would be really hard to go back to non-threaded text messages. That was a really substantial improvement in how texting worked.

So, the best of both worlds.

Back when I had a cell I just used a $20 cheapo slide tracphone. Did what I needed it to do. Make calls. Didn’t even touch the texting at all. Still wouldn’t mind having a John’s Phone if those are still viable.

Yup. I have a Moto G with a prepay MVNO plan that costs me $0.06 mb for data. Low enough that I can use it if I really have to, but high enough not to use it to kill time. I keep data turned off till I need it, it’s a data payphone. I’ve only had a smartphone for a year and I REALLY like having the decent camera on me, and all the other tools that smartphones have.

Wait, what? What year is this?

I killed my smartphone this summer, took it to the beach and went for a swim, (This may have happened exactly a year before, don’t ask) I picked up my wife’s old phone which surprisingly was still lying around the house, the Nokia C3.
Used it for two months as punishment for drowning my phone, (Twice! (On the same beach!)). 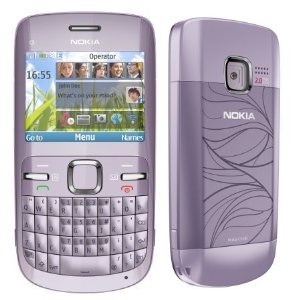 Yes mine was purple.

I hate those little keys, my nails hurt from dialing and texting. But the worst was the mp3 player, I could have survived longer with it if the player was any good, but it was always hard finding the song I wanted and listening to podcasts was a pain.
Nope, no going back for me, thank you Sir and good day! I said good day Sir!

Not quite the same thing, but I’ve been without data for ten months. It’s been nice in some ways, frustrating in others. I missed GPS and transit updates, and family never quite got that I couldn’t respond on What’s App/Telegram right away, or get photos. But only spending $20/month was worth it. Anyone looking to a good, cheap plan in Canada, I highly recommend 7-11. They use the Rogers network, so the availability is pretty good. Ideal for folks visiting with an unlocked phone, as well. I’m keeping my SIM to loan to overseas guests.

I got a Just5 for a disabled relative. He has trouble with his hands, and can’t make head or tail of a smartphone, but he’s able to work with this phone. It’s a great design.

The question remains, then, whether the experience of being smartphone-free is worth it. Fortunately, no lengthy, vaguely-existential essay is required to explain that yes, yes it is.

That.
On a sidenote: why is it that a post has to contain at least 6 characters?

I’ve got an old F5 stashed away in my gadget drawer, is there any resale market for it, or is it just a brick now?

Could also just get a windows phone, avoiding apps aren’t a problem there (wah wah). Plus it has well designed address book and messaging functions.

Don’t get a 2G phone in the US. AT&T is shutting down its service by Jan 1 2017, according to 2G_Sunset_FAQs_2014_A1.pdf, and may shut down some areas before that. T-Mobile may be taking a bit longer, because they seem to have been using 2G as a fallback when transitioning 3G towers to 4G, but I may just not be finding the right page on their site.

Personally, while I agree this makes sense for the carriers, who can fit a lot more data in the same bandwidth using 4G than 2G, I find it frustrating - I bought a GPS that used 2G for its traffic feeds, gas prices, and Google searches just in time to miss the deadline for subscribing, so it’s much less useful than it was : -(.

Cricket just finished the process of being digested by AT&T, and as a special bonus, they decided to no longer support my phone. I use an iPhone for work, but my private phone only gets calls and texts from a few people, so I decided to get the cheapest cheapass flip-phone money could buy. If they’re making me throw away my perfectly good phone (with the numbers all worn off) I’ll be damned if they’re making a profit.

Well, my LG can send and receive calls. I can text, with great difficulty, the T9 way. There’s this “web” button that all it ever does is say “error.” What’s an app?