Skyrim on Mac: When?

Originally published at: Skyrim on Mac: When? | Boing Boing

I think it’ll show up shortly after the total users of any/all MacOS versions represent more of the total userbase on Steam, where they currently make up… let’s see… 2.45% of the consumer base.

Does Mac Steam not have Proton?

Since there’s no Mac version of the Gamebryo engine, in any of its iterations, I’m going to go with “never.” At least not as an app built natively for Mac. 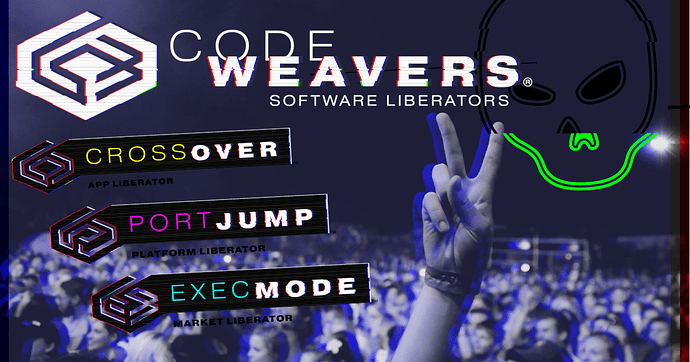 CrossOver runs the Windows software you need on Mac, Linux and Chrome OS.

Don't buy a Windows license, don't reboot and don't use a Virtual Machine. Try a free trial of CrossOver to run your Windows software on Mac, Linux and Chrome OS.

* Ok it took a little effort to get the audio working

Honestly shocked it doesn’t exist on Mac. It seemed they were determined to publish it on as many platforms as possible…how did they miss one?

Just use your macs for mac stuff. Stop trying to make mac gaming a thing. It’s never been a thing and it’ll never be a thing. If you can afford a mac, you can probably afford a modest gaming rig too so just buy one and have all the games.

The question wouldn’t be about getting Skyrim to work on a Mac, but getting Vortex and all the 50+ mods you want to run also. Everyone knows the best part of Skyrim is reading through, downloading, installing, and enabling mod after mod after mod in hopes that they all work together while imagining the possibilities even though you’ll forget what all the mods do by the time you get into the game and just end up playing exactly the same way you have before.

Not to mention the fun when the “Anniversary Edition” dropped and a big chunk of the mods broke all at once.

It’s never been a thing

It was definitely a thing in the 90s. Microsoft buying Bungie was the end of an era.

That said, it’s indeed unlikely to ever be a thing again.

i would totally play that game. good for long car trips and bike rides.

I worked in the game industry in the 90s. Mac were *almost * worth developing for, but not quite. Generally if it was easy to port, they might consider porting a game to the platform, but nobody developed specifically for macs.

In my experience, it doesn’t run very well on anything. I gave up eventually.

In my experience, it doesn’t run very well on anything.

I have lots of great games on my Mac, Gris being one of my faves. Heck, I even use Apple Arcade on my M1 MacBook Air. And like @tyroney noted, Bungie used to make killer games for the Mac first, as well as Ambrosia Software.

But there is no way in hell I am ever going to waste money on an Acer, Lenovo, or whatever brand of cheap plastic runs Windows. When I buy a computer, I use it for 10 years before I buy a new one. There are enough games available for the Mac that I don’t need a separate device just to run a game.

Sorry, it just gets this old gamer’s goat when people talk of Apple not being a gaming machine. It’s like everyone forgot Shufflepuck Cafe and Dark Castle and Myst being exclusively on the Macintosh. sniff

But there is no way in hell I am ever going to waste money on an Acer, Lenovo, or whatever brand of cheap plastic runs Windows. When I buy a computer, I use it for 10 years before I buy a new one.

Should I use my 15 year old Lenovo Thinkpad X61 to continue this thread? I know it works because I needed to use it a couple of months ago. It was even running games (within reason, it can’t manage any version of Skyrim).

I am convinced that laptop is indestructible.

Lenovo, I admit, is almost two separate companies when it comes to device quality. They work hard to preserve the ThinkPad brand that they received from IBM, but they also sell a lot of entry level devices. I made the mistake of trusting them back in 2016, and was burned by an underpowered, cheap-feeling laptop.

Still not getting an extra device for Skyrim, though. I’ll try it if it hits the Mac, but not before.