So... I read some of those books the Oak Island TV show constantly references

I used to work for a production company making these sorts of shows. Not this show but really similar earlier ones.

They’re pretty much assembled by having editing staff cull through hundreds of hours of footage to wedge it into a very specific, stock formula.

Not only are they not finding anything, they aren’t doing anything. A given shoot might provide material for multiple episodes, footage is repeated over and over to stretch run time. And it’s strung together with voice over, inserts and stock footage well after the fact.

It’s kind of insane. There might only be 5 minutes of actual content/activity in an episode. And the events and story depicted probably didn’t take place, but were assembled piecemeal from whatever shit you did get on camera during the last shoot.

It’s a couple of big personalities to shout on camera, and 50 freelancers. The fun part is these companies are grinding out tons of pilots that never see the light of day. In hind sight digitizing tapes for the shows that never went anywhere was the most interesting part of the gig.

That reminds me of the Gift Shop Sketch. 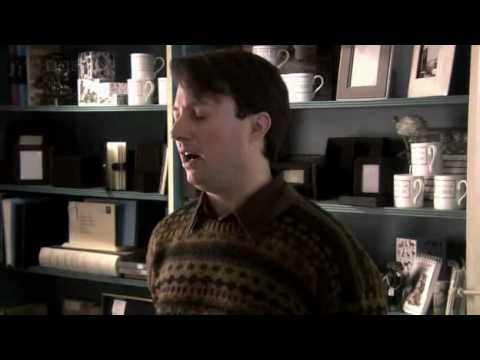 Well, you know they’re never going to actually find bigfoot because if they did it would probably have been in the news or something already, right? “Hey we have an earth-shattering discovery but let’s just hold off telling anyone for the season finale of this crappy TV show.”

Also, all those bigfoot shows seem to be in Oklahoma or Alabama or someplace like that and I was always under the impression that bigfoot was a Northern California/Pacific Northwest kind of phenomenon. Maybe cryptids just get around a lot.

Yeah, I watched most of a season while I was getting a free preview of the History Channel.
I even did a bit of research on Oak Island (Nova Scotia), the law and the Templars.
Here’s what I want to know:

Ignoring it is even easier.

Apparently not. BOOTS AND EYES ON THE GROUND!

There might only be 5 minutes of actual content/activity in an episode. And the events and story depicted probably didn’t take place, but were assembled piecemeal from whatever shit you did get on camera during the last shoot.

This is what drove me away from these kinds of cable shows for good (even before I cut the cord). It finally dawned on me that there’s a couple of minutes of actual content in a 22 or 44 minute show. The rest is recaps of last time, previews of what’s coming after the commercial, commercials, recaps of what happened before the commercial, and previews of next episode. In the midst of all that, a character might actually do one tiny thing. Once you see the formula for what it is, the shows are totally unwatchable. This was the formula for all the People At Work shows that I got sucked into for a while- the shows about logging, trucking, mining, etc. Also, by and large, the people they cast are either idiots or assholes, which is par for the course on reality TV anyway.

Once you see the formula for what it is, the shows are totally unwatchable. This was the formula for all the People At Work shows that I got sucked into for a while- the shows about logging, trucking, mining, etc. Also, by and large, the people they cast are either idiots or assholes, which is par for the course on reality TV anyway.

This is bang on. I’ll watch shows like this if I’m at my folk’s place because they get these channels and we don’t, but they’re so hollow.

My dad loves nautical history (he’s the reason I own four boats) and loves Oak Island. It’s fun to ask him about the show because he’s so hopeful something will eventually turn up (but ultimately skeptical).

It’s entirely deliberate too. Reality TV proliferated because it’s a cheap way to generate tons of content. Initially by cable networks that didn’t have deep back catalogs of syndication to fill air time. The more episodes you stretch a given amount of footage into, the less each episode cost to make. And the production schedules are so quick you don’t have the option to pass on a shoot where literally nothing happened.

I got hooked on object/stuff shows for a bit. Pickers and Pawnstars all that Antiques Roadshow but flashy shit. And I know better. But it was always binge watching as background noise. It’s all just time filler.

This seems to be the same reason streaming services are so desperate to sign old sitcoms. They want something with a lot of bulk that people will run over and over again while they do laundry.

Has he seen this series? 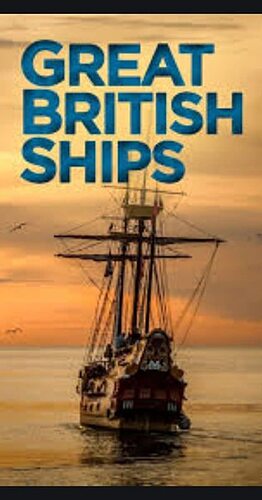 With Rob Bell, Eric Grove, Andrew Baines, Helen Doe. Engineer Rob Bell reveals the secrets behind some of the historic ships that shaped the history of our island nation.

If you can get past narrator Rob Bell’s enthusiasm, the show actually packs a lot of information into each episode.

British, especially BBC productions tend to be better on this front. They don’t have the same grind out anything people will watch mandate.

They still use some of the same tactics but there is more often actual content and information, less often interpersonal drama.

You can often even see the difference in the British market versions of US shows. The British version of Mythbusters the episodes are often longer, have more science info and detail. And tend to have much less repetition. It’s the same show, same episode, same footage. Just less bullshit.

I don’t know that he has, but I’m going to recommend it to him. It might be good background noise for him while he restores a boat (this winter’s project, last winter’s was building a couple).

Only soon if you mean 8 years ago.

That’s because I got there first and took the treasure…

What do you think of the programme “Extreme archeology”? I wasn’t a fan. It even seemed sexist in parts.

I have been watching it. Its OK but not Time Team.

Who is paying the HUGE costs for all the excavation and digging and sea walls and construction and consultants and salaries? Do the brothers pay? The History Channel? Are there backers?

The brothers are pretty wealthy from their businesses but there’s also grants from the Canadian government and partner investors. I wouldn’t be at all surprised if they get a lot of donated/discounted services from companies and institutions looking for free advertising and exposure, or who just want to be involved. They also own Oak Island Tours so the show drums up tourism which provides more money.

Hah! That’s an excellent characterization. I’ll be stealing that.

There’s also a misconception in TV production dogma that you have to have “human drama” or nobody will watch. So they create it by casting assholes and people who hate each other.

However YouTube is proof that old fashioned TV people are wrong about that. Look at something like the British show Repair Shop- they try to create “human interest” for most of the show by getting back stories on the objects. Meanwhile, the super interesting work of actual repair and restoration is relegated to poorly edited short clips spliced in between yet another story about someone’s mom. Repair Shop is the perfect example of the exact opposite of what “maker” YouTubers are doing. The latter is immensely successful, creating entire empires overnight, but the TV folks insist it can’t work.

Meanwhile, the super interesting work of actual repair and restoration is relegated to poorly edited short clips spliced in between yet another story about someone’s mom.

There may have been some yelling at the tv on my part due to this.