I used to be a part time social media advertiser. The profit margin is razor thin and the time and effort spent to stay on top of the process put me at the juncture of having to do it full time. That would mean giving up an adult life long career in IT with an actual retirement plan along with a 401k and medical benefits. The choice was easy. Plus, I realized I was part of the problem and one of those fucks that throws ads in your personal space. It’s not good to be one of those fucks who throws ads in your personal space.

I don’t know about other products, but I do regularly click on targeted ads for books on FB, especially KU books since I’m a subscriber. Those ads work on me. But that is a very specific niche.

B.J. Mendelson is showing some ignorance here. You can target ads, at least on Facebook. No one in Latvia will see your ad unless you target Latvia. You can also target your ads to friends of people who already like your page, or you can target it to people with similar interests to people who like your page. You can get very specific with the targeting if you want to take the time. I have spent very small sums for Facebook ads and had great response. On the other hand, I get almost no response front print ads or articles. My B&B was on the cover of Texas Highways magazine and I got maybe 2 or 3 bookings from it.

Good targeting also means not being an annoying advertiser. No one should see your ad unless it something they’re already interested in.

I have also found Instagram very useful without spending a dime. Posting pretty pictures of my business and then liking other people’s photos with hashtags related to my area has brought me clients.

What a massive crock this is.

The guy clearly has never put a dime of effort into being curious how to sell his book.

It’s like saying air travel sucks when you don’t even own a passport.

I despise Zuckerberg probably more than most, but last year I took the time to learn Facebook ads to promote my own websites, some friends bands, and to help sell a book that a close friend self-penned and published.

I did this because even though I hate the platform - the bottom line is, it’s where the eyeballs are.

After a couple of months of geeking out on direct response marketing and learning the FB ad platform backend I figured out how it worked - sold a hundred or so books for my close friend, generated thousands of followers for a local band, and sold thousands in revenue for my dropshipping biz.

It’s not rocket science. You just have to put the work in. This guy obviously did no work at all, as his claims are comically absurd - ie:

_A 1% click through rate on a paid post is often as good as it gets._
Horse-sh*t - click-through rates are a direct reflection of how compelling your ad is - obviously he was shit at writing ad copy 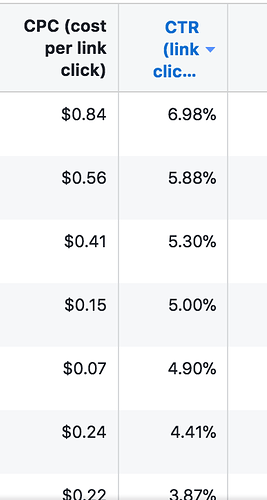 Eighty percent of Facebook users are outside of the U.S. If you’re a local business, like say a plant nursery, what good is paying to reach someone in Latvia?

Correct - and horse-shit again. Facebook allows you to target within a 1km radius. (doh!) Let’s face it if you’re a US business targeting customers in Latvia then you probably shouldn’t be in business at all…

Bots equal 60% of internet traffic (something to think about when looking at your stats).

OK buddy. Sure, 60% of my traffic is bots. Thanks for the heads up. #tinfoilhat

_What happens if you rely on Facebook as a platform for your business and, like so many other internet companies of the past, Facebook goes out of business?

Well, how about you quit whining like a little girl, man up and move on. Like when a Google algo tanked 80% of my revenue in 2012.

Look, I’m not an advocate for any of this stuff. I believe Zuckerberg is the devil incarnate and that he goes to jail for a long time.

But to whine about losing some bucks because you lack the cognitive skill or motivation to figure out FB ads, is pathetic to say the least.

What happens if you rely on Facebook as a platform for your business and, like so many other internet companies of the past, Facebook goes out of business?

You move on to whatever displaces it? Assuming you are not building your business on facebook, but using facebook to promote your business, you just need to move on. This isn’t like people who built a business out of producing youtube videos and get demonotized by brand protection algorithms.

Bots equal 60% of internet traffic (something to think about when looking at your stats).

43.7% of statistics are made up. Even if that is true, “60% of internet traffic” is an irrelevant metric.

You said what I was going to say but in a much better way.

A friend of mine is a personal trainer and used an ad on Instagram to fill his schedule. He did that six months or so and since then when a client has left, he has a mailing list now of local people that expressed interest the first time around. I think his schedule has been 90% filled since his one and only ad campaign.

I get the fear of Facebook pulling the rug out from under you. That can definitely happen. But until it does, I think it’s foolish not to take advantage of it. Would you avoid getting a dog just because one day it will die and you will be sad?

To be fair, if you’re targeting your ads to Latvians even though your clientèle is American, you probably will see terrible click through rates.

Now perhaps this was carelessness on the part of the author, but even I, who know next to nothing about Facebook, have heard of targeted advertising, and I’m very surprised that Mr. Frauenfelder, who is no doubt far more media literate than me, did not instantly catch the untruths.

Which leads me to the far more disturbing suspicion that the author may have succumbed to the tempting, but ultimately lethal conclusion that it is perfectly ethical to lie and attempt to mislead the one’s readers if it harms a great enough evil.

I truly hope that isn’t the case here or, if deliberate, only a momentary lapse in judgement. (Given how prolific Mr. Frauenfelder is, one minor mistep is quickly forgotten.)

“Half the money I spend on advertising is wasted; the trouble is I don’t know which half”. John Wanamaker

Yeah. The idea that facebook is somehow bad at effectively targeting advertising is… hilarious. They have been accused of a lot of terrible things in the past 10 years, but that isn’t one of them.

the bottom line is, it’s where the eyeballs are.

This.
I just commented on another FB article that the husband uses FB because that’s where potential clients are. No one uses his web page anymore, only his FB page. And he was on MySpace before that; social media is a great platform for the entertainment and music business.

ETA: truer wrap-up - some social media ads are a bad deal for small businesses and individuals if they don’t understand how to effectively use targeted marketing.