Wait; are these the same Nazis who can’t go three weeks at home without rioting about needing haircuts?! And they’re willing to do it to themselves? In winter?

But I suppose we’ll have to keep waiting and seeing if this is terrorism or not because the FBI dances all the way around using that one word rather than being direct about it.

It’s not terrorism if it’s white people and/or right-wingers. Duh.

Why is it so hard for America to designate domestic terrorism and hate crimes?

Rashawn argues that if we want to truly reach our democratic ideals, all forms of racism must processed as the destructive hate crimes and domestic terror they have always been

Hate Crimes, Terrorism, and the Framing of White Supremacist Violence -...

Even before the assault on the Capitol on January 6, 2021, a rising chorus of policymakers and pundits had called for treating White supremacist violence as “terrorism.” After multiple mass shootings motivated by White supremacist ideology,... 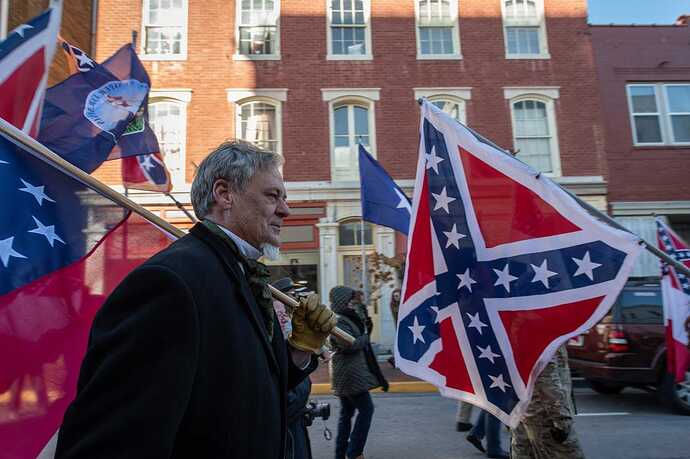 How The Replacement Theory Is Fueling White Domestic Terrorism

Fears of a “browning America” fuels the racial terrorism we’ve seen throughout the country. This article features an interview that unpacks how the replacement theory has been used to stoke anger and violence. 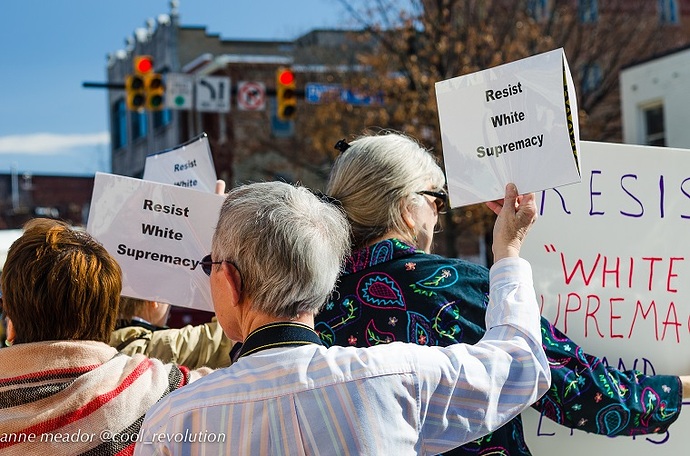 Why we should rethink calling white supremacist violence “terrorism”

In shock and outrage over seeing white supremacists storm the Capitol on Jan. 6, many policymakers, members of the media, and others have called for rioters to be labeled as “terrorists.” Many have also questioned the double standard that has been...

It’s not terrorism if it’s white people and/or right-wingers.

The local cops, as well as the occasional commenter here, find it more comforting to pretend these are just mischievous kids shooting at something fun. However…

Another power substation attack left more than 14000 without power in Washington state, and they're still calling it "vandalism"

Power sub-stations have been regularly identified as low-risk/high-value infrastructure targets in neo-Nazi literature for decades. As others have noted, to brush it off as “vandalism” in 2022 indicates a deeper problem with law enforcement than mere “cop speak”.

Otherwise, they have to ask:

Is there anything useful that the utilities can do with that information other than to try to stock up on additional spare transformers? There’s no way that they can meaningfully harden these stations against attack from sniper fire.

Yeah, that’s why I could never wrap my head around the idea of a US civil war until I heard the term “stochastic terrorism” (probably here on BBS). I grew up with these assholes and I can confirm that they are indigent in their convictions and lazy in their follow through. Just as one of the most common reasons for their hatred is abstract ignorance, their concept of how this would go down is likewise rooted in weird toxic masculinity fantasies and performative outrage with absolutely zero follow-through. They rely on the absolute crazies among them to actually carry out the violence while they sit on their asses eating Hardee’s and watching Moonshiners on their 65” tv.

Also: not a dig on Hardee’s, I miss it living on the east coast.

I’ve heard that one thing they can do to reduce risk immediately is to stack sandbags around the cooling fins. It’s low-cost, doesn’t impede functionality, but does protect one vulnerable component from being targetted by these terrorists.

I think they need to post armed sentries like they do on shipping vessels off the coast of Somalia.

For years, law enforcement and academics have warned about plots on the nation’s electrical grid from “accelerationist” groups that advocate, however implausibly, that taking down the grid will hasten the demise of the federal government and start a race war.

Even just some kind of screen would impede a sniper. If he can’t see it, he can’t shoot with much efficacy.

Is there anything useful that the utilities can do with that information other than to try to stock up on additional spare transformers?

Well, there are plenty of ways. The military does it at all their bases and outposts, cities do it for urban electrical infrastructure, and in much of the world where there is great wealth disparity or any sort of domestic conflict all major electrical infrastructure is protected from assault by armed guards. The usual method is to bury it, or build tall concrete walls around it, or to put it inside existing infrastructure such as the basements of large buildings. Remember, doing such things rarely really cost the power company anything – they just pass the costs onto their customers, or onto society as a whole by getting the governments to do it for them.

So, if this goes on, we will see more and more electrical infrastructure just . . . vanish. If large transformers are being shot, they get hidden and protected; if long haul transmission lines are getting shot off their insulators, they’ll get buried; and if the domestic terrorists start shooting line workers and power company electricians, they’ll start wearing armor and have police escorts. Oh, and if certain local governments won’t pay for the “upgrades,” or keep allowing power company infrastructure to be destroyed by refusing to guard it, those areas will cease to have power and will, economically and socially, soon cease to have inhabitants or a government.

Or, you know, we could investigate until they are found, declare the white men who did it terrorists, prosecute them to the fullest extent of the law, and send a clear message to these asshats: mess with the power and you go to jail for life, no exceptions, no paroles, no conjugal visits, no club fed or hand-slaps, just hard labor and bad meals and isolation until they die, alone. 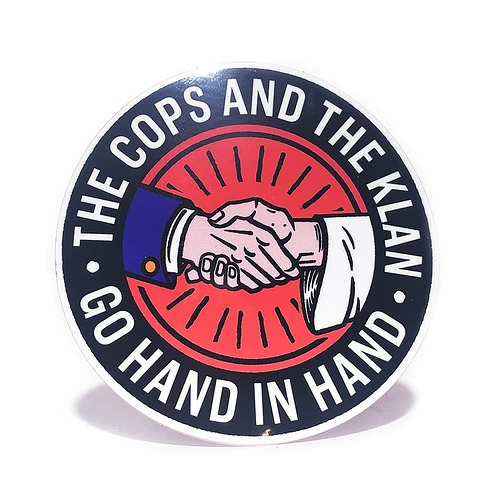 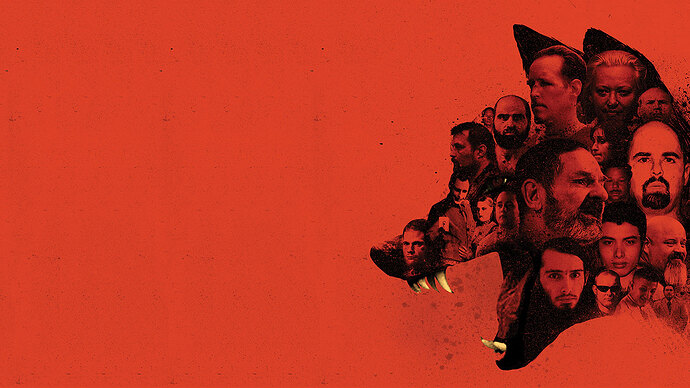 Domestic terrorism and related radical violence — as opposed to terrorist attacks emanating from abroad — continue to plague the nation. This study also reveals that the vast majority of this violence is coming from “lone wolves” or “leaderless... 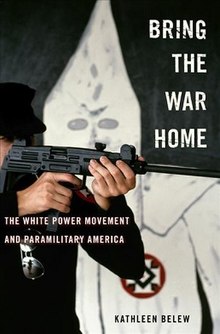 Pages for logged out editors learn more Bring the War Home: The White Power Movement and Paramilitary America is a book written by Kathleen Belew. Kathleen Belew is a history professor at the University of Chicago. Belew argues in the book that the modern white power movement emerged from the loss of the Vietnam War. The book discusses the Oklahoma City bombing, Ruby Ridge, and the Waco siege. The book also discusses the Greensboro massacre. Belew points out that it was during the co...

Something is missing here. Religion