State of California to brand its own low-cost insulin

Originally published at: State of California to brand its own low-cost insulin | Boing Boing

Damned straight it is. I also have no doubt that the diabetic Know-Nothings up in Shasta County will avail themselves of it in this case even as they wave their State of Jefferson flags.

So “soshalism” won’t be so scary after all. This is a smart way to put a foot in the door to implementing a statewide single-payer universal system in the state, which liberals and progressives have been trying to push through again and again since 1994.

This sounds really encouraging, and shameful at the same time because we seem completely incapable of doing the same thing at the federal level.

Of course I live in Texas, so watch them treat this as contraband and throw travelers in Jail for possession of Califiornia branded medications. (I wish I was kidding).

If the ultra-wealthy cared about things that provided genuine benefit to their fellow human beings they wouldn’t have amassed billions of dollars of personal wealth in the first place.

Of course I live in Texas, so watch them treat this as contraband and throw travelers in Jail for possession of Califiornia branded medications. (I wish I was kidding).

Unfortunately Texas may be installing checkpoints to assure that unauthorized insulin doesn’t arrive and pregnant women don’t leave.
Voters need to be aware of these prospects while we still have the capability of stopping them.

So what would some good drug names be that would be on-brand for California?

Mark Cuban has done something similar, but iirc, they aren’t manufacturing, just negotiating reasonable rates. No idea if it’s effective or helpful, though.

Mark Cuban has done something similar, but iirc, they aren’t manufacturing, just negotiating reasonable rates. No idea if it’s effective or helpful, though.

The millionaires often come up with the idea of manufacturing drugs for profit, and they mostly seem to discover that it’s highly profitable. I’m pretty sure that’s why so many of them became the billionaires we see walking around today.

And a negotiation only lasts as long as the next contract, while a factory will last as long as the state funds it. Of course we can expect the next step for the pharmaceutical companies will be to pump money into California elections to ensure that some useful idiot gets elected who will shut down this socialist competition, so that they can resume making obscene profits from the hostages sick people.

I have a dream, in which presidential candidates are asked at a debate: “What is your working definition of ‘market failure’, what examples do you know, and what do you feel should be the government’s role in market failures?”

Agreed. If there’s any juice left in the concept of states as laboratories for policy for each other this could be a slow grinding path to resilient socialist policies in the US. If “get your government hands off my Medicare” is any guide, or British nationalists with NHS pride, specific proof-of concept can be pretty powerful, even for the cognitive-dissonance crowd.

National elections of progressives and socialists tend to be quashed by fascists with the permission of the “let the fascists get rid of the commies, then we’ll go back to democracy” petit bourgeois (that or foreign intervention, e.g. United Fruit), meaning only the most tankie revolutions survive to make it to the historical record which then strenthens the communism==authoritarianism fallacy.

Maybe the slow roll will work for us, maybe I’m just getting desperate for some optimism…

Of course in reality it really doesn’t matter if candidates are asked intelligent questions or not because most will just default to answering the question they wish they had been asked rather than the question they were actually asked.

Or maybe the useful idiot will move to privatize the production “to save the state money” and to “improve efficiency” by ditching the union members the state was employing. And while this may drive productoin costs down, the price of insulin in CA will start to creep up because of “overhead” flowing to the idiot’s owners.

I’ve heard all the horror stories about the US medical system but I admit that I’m pretty ignorant on the details. So this is a genuine question: is there really no generic medicine producer making affordable insulin? I assume it’s not a patent issue, or California would be facing the same hurdles. Is there some kind of medicine producer oligopoly that has led to this situation?

tl;dr: a lack of government regulation around drug pricing, no single-payer insurance system with negotiating clout, an oligopoly of manufacturers, and abuse of the patent system via incrementally improved formulations. Just the usual things that make the U.S. your basic Libertarian “paradise”. 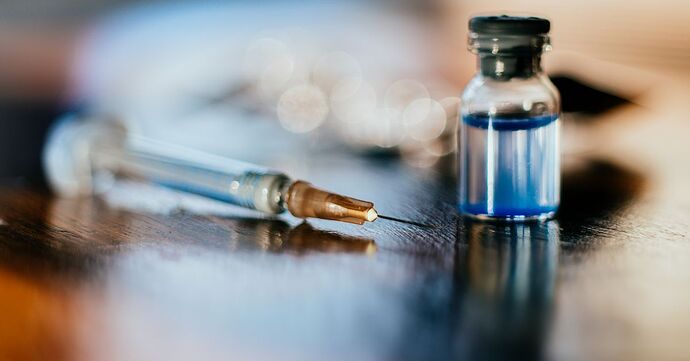 Why Americans ration a drug discovered in the 1920s.

I’ve watched a couple of the debates on this side of the pond, and I swing from wishing the moderator had a mute button for the candidate, to wishing they had shock collars.

I’m always astonished when I read about the high cost of pharmaceuticals in the US. In Australia, my insulin costs me $49 for about 5 months supply. I understand that this price will come down under our new government.
Is it socialism? Yes it is.